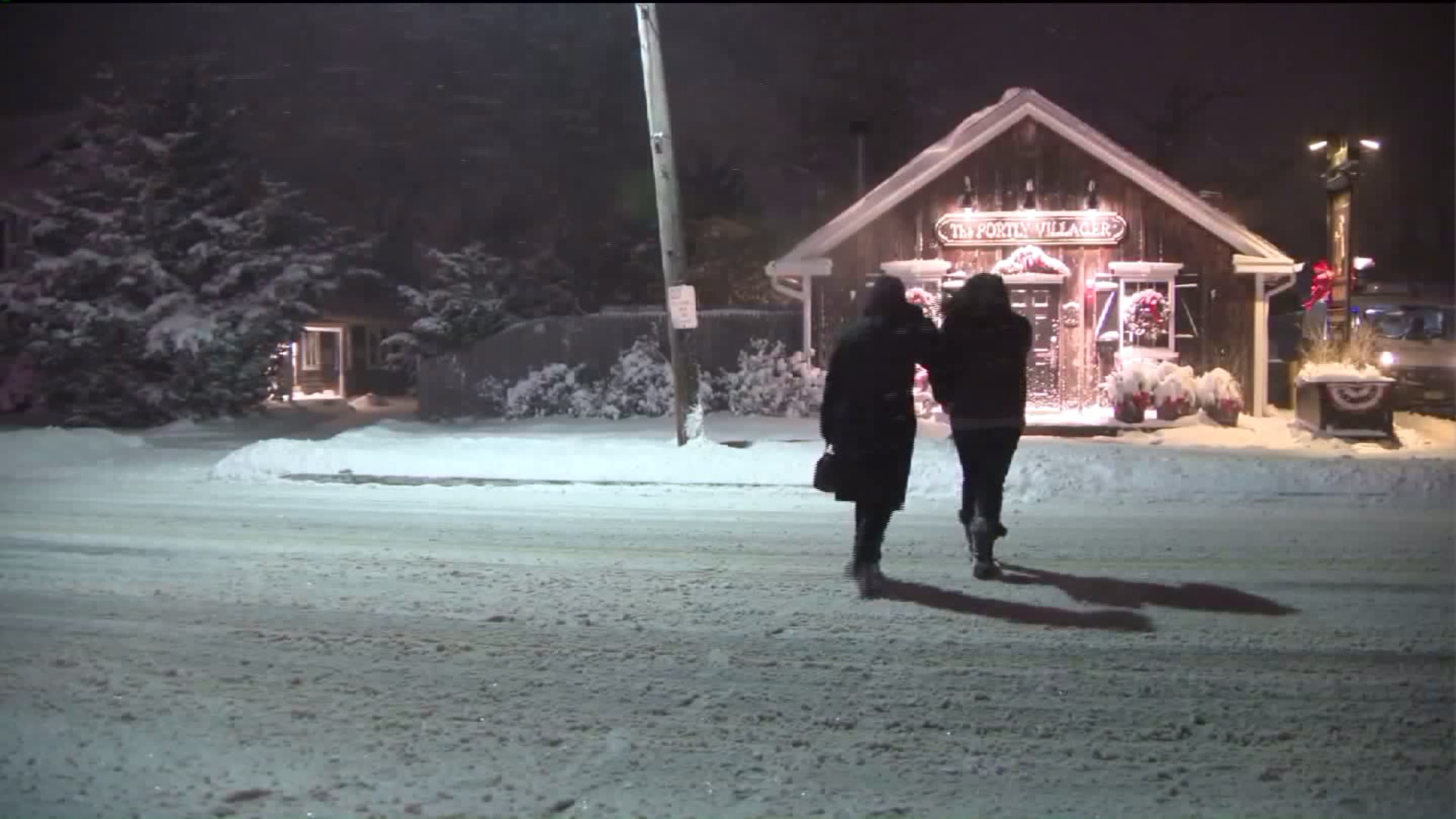 Parts of Suffolk County saw up to 10 inches of snow but that didn`t keep people from heading to the bar.

SAYVILLE, N.Y -- The hard-partying crowd at the Portly Villager in Sayville took the words of their Suffolk County Executive Steve Bellone to heart, sort of.

"He didn't say stay home, he said stay indoors," bartender Bob Martin told PIX11. "So we have hunkered down for the night."

As the owner of the Portly Villager was busy outside shoveling the walkway so customers wouldn't stumble on the way in or out, inside the game was on, the fire was burning and the local Blue Point beer was flowing freely.

"Most of us have four-wheel-drive," Tom Westman, a customer, told PIX11. "We're not tempted to go play in the snow, but this is a great bar with good people, good neighbors."

There was even a planned surprise party for a young man who just got hired to be a South Carolina state trooper.

With a few tears in his eyes, Hugh Stiastny, 25, saw that most of his friends and family braved the driving snow and high winds to celebrate his new job and bid farewell.

"I can't believe how many people came out in this snowstorm," Stiastny told PIX11.

His mother, Jeanne Stiastny, told PIX11 they couldn't cancel because "it's the only day family and friends could come" before he heads down south.

"People came out in a snowstorm, now he's chasing the weather," John Stiastny told PIX11. "This may be his last snowstorm."