‘Blueprint Specials’ comes to the Intrepid Museum for limited performance 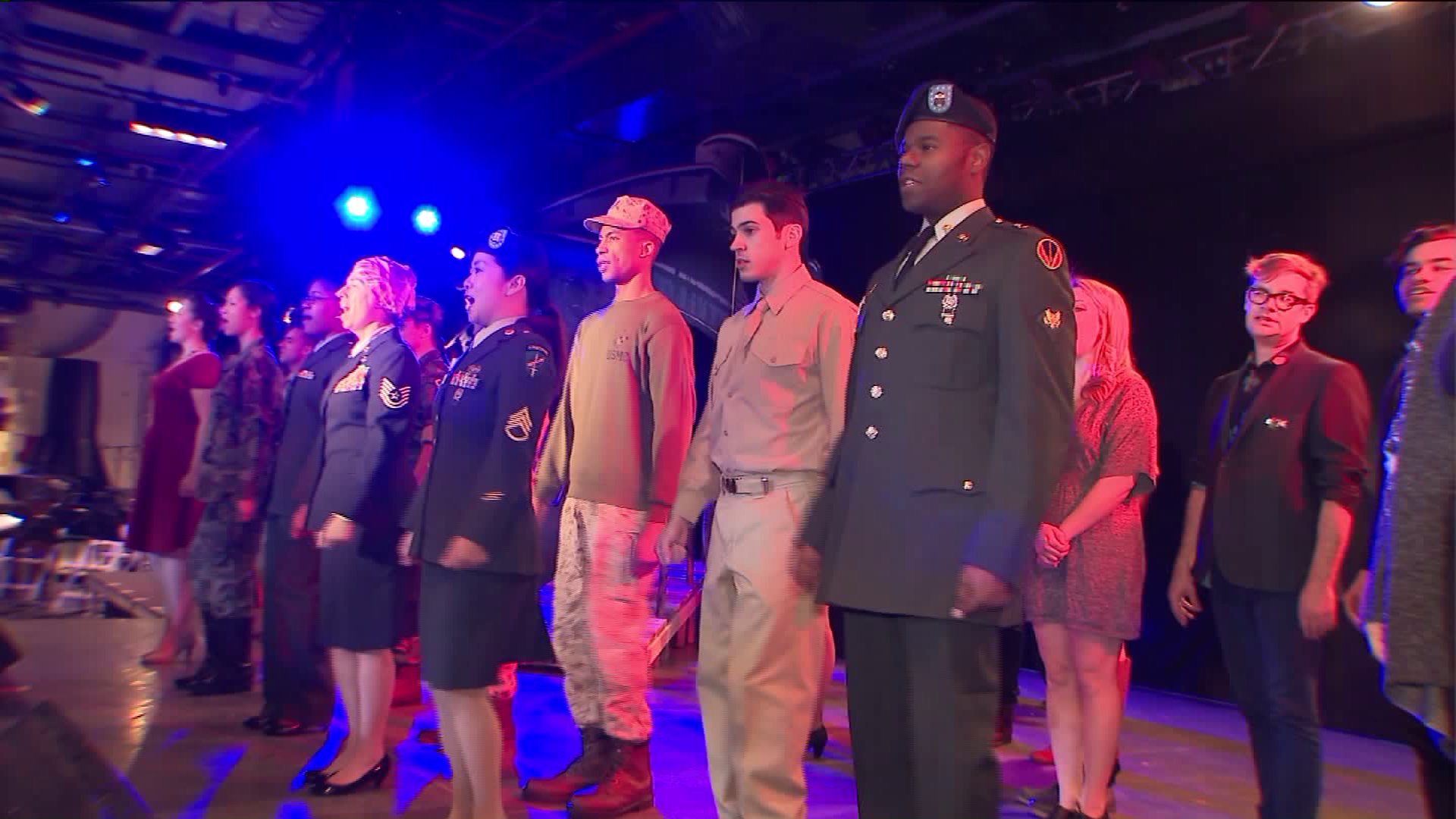 A special performance will be held in the hangar deck of the Intrepid Sea, Air & Space Museum from Jan. 6-11.

Theater troupe Waterwell, in association with The Public Theater’s Under the Radar Festival, is staging “Blueprint Specials,” in front of an expected audience of 300 every night at the Intrepid Sea, Air & Space Museum for five days.

The Blueprint Specials is a series of lost World War II-era musicals composed principally by Broadway legend Frank Loesser and choreographed by the great Jose Limon.

“Frank Loesser is one of the best composers Broadway has ever had and to discover and unearth a new musical is mind blowing,” Blueprint star Will Swenson said. Swenson is a two-time Tony nominee. He headlines a cast of 34. Of the 34, 15 are actual members of the U.S. military, one is still active.

Having members of the military in the cast is keeping in the spirit of the original Blueprint Specials. In 1944, the U.S. Army dabbled in unlikely territory — producing Broadway-style musicals. They were designed so soldiers can put on the shows, as a way to boost morale. If the USO didn’t make it to your military base, it was a way for you to entertain yourself.

You can call it “Broadway 101.” One packet served as a how-to guide for a production. From step-by-step instructions on building scenery to making costumes, out of material used for GI uniforms.

“What the army did is they created literally a blueprint for how soldiers can create and assemble their own entertainment. They knew if soldiers had a way to entertain themselves and life their spirits then they’d have a better fighting force,” said Tom Ridgely, the director of Blueprint Specials.

The Blueprint Specials are stories about life in the military. The Specials have not been performed in 70 years. They have been lost since the war and were found recently.

“To do it under such special circumstances of a half military staff and to do this environment on the actual Intrepid is really neat feels like a time warp,” Swenson said.

The Blueprint Specials run through next Wednesday from Jan. 6-11, playing one show each day. They are all sold out, but you can still go to the Intrepid and try to get standby tickets if you arrive 30 minutes prior to each performance.