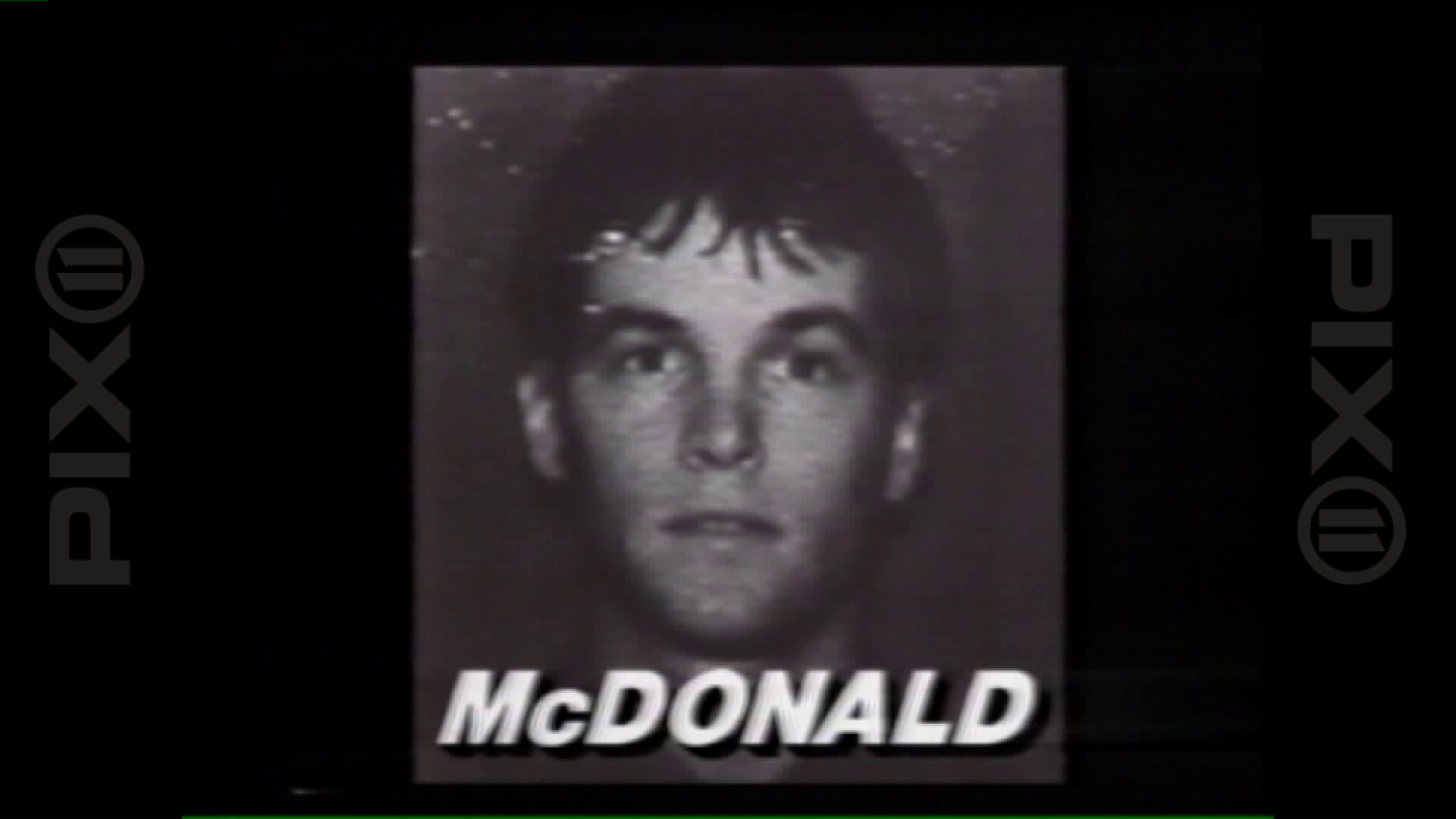 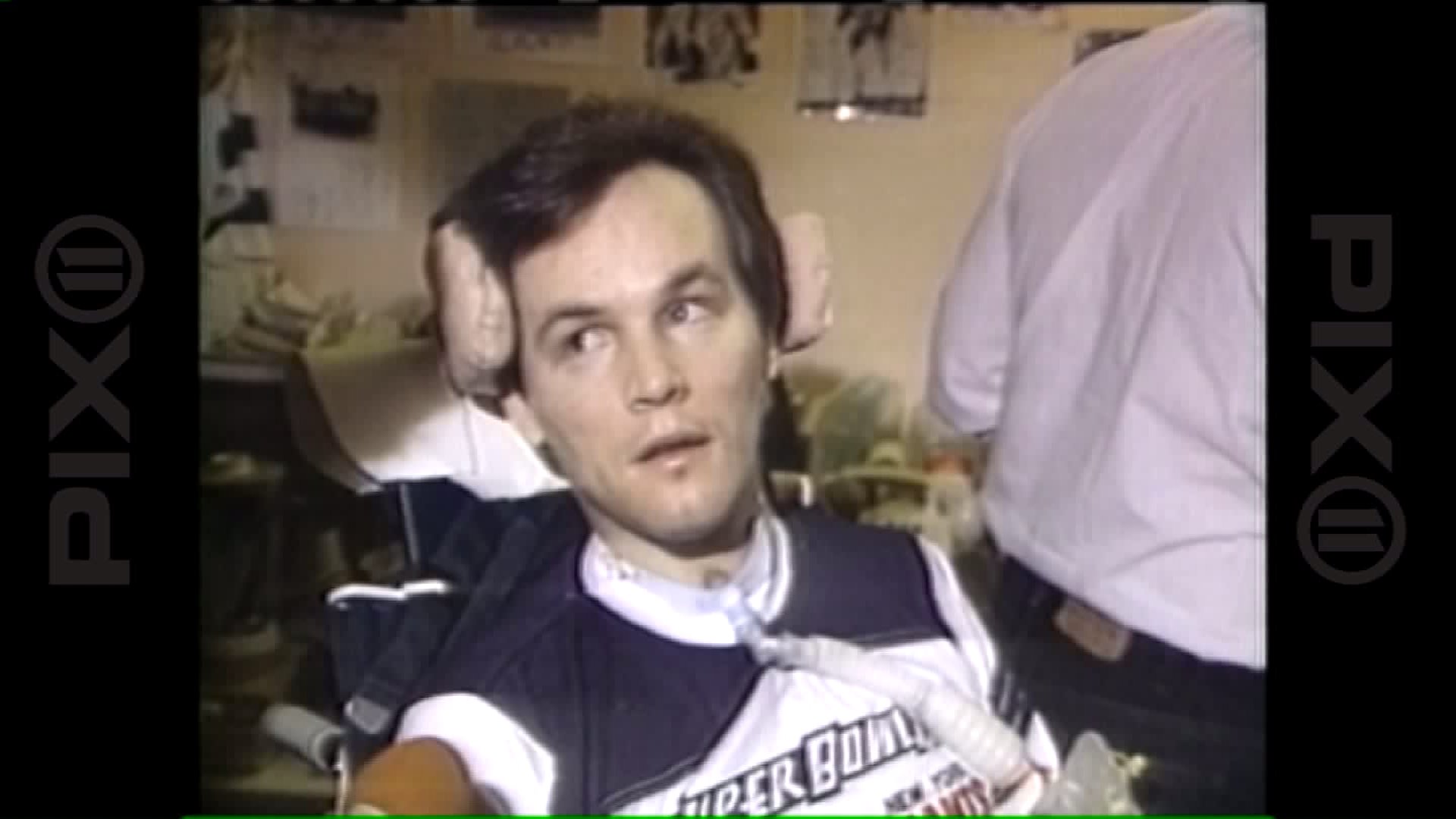 UPDATE: Steven McDonald, the paralyzed NYPD detective who became a symbol of resilience and forgiveness, died at 59 on Jan. 10, 2017. His death comes more than 30 years after he was shot by a teen bicycle thief in Central Park.

MANHASSET, N.Y.  — A family vigil continued Saturday at the bedside of paralyzed NYPD Det. Steven McDonald, who was on life support at North Shore University Hospital after suffering a massive heart attack at his Long Island home Friday afternoon.

PIX11 News received word McDonald's father, Dave, a retired NYPD officer, was driving from Florida to see his son, because the Fort Lauderdale airport was closed after deadly shootings Friday.  The family was dealing with the added difficulty of a snow storm on Saturday.

The 59-year-old, first-grade detective was paralyzed from the neck down in 1986 after he was shot by a teen bicycle thief in Central Park. He is one of the best-known NYPD officers of the last three decades. He remains on active duty with the department, often traveling from precinct to precinct to address young cops.

His only child, Conor, 29, followed him into the NYPD, and Steven McDonald watched proudly as his son was promoted to detective, and later, sergeant in 2016.

PIX11 found a moving Facebook video from this past July 12 — the 30th anniversary of McDonald's shooting. His son, Conor, posted it, writing "Dad wanted to say a few words."

"It's Steven McDonald speaking from my home out on Long Island," the detective said, sitting in his wheelchair with the respirator that helps him breathe.  "I wanted to say thank you for the support and the help that you've given me all these years. 30 years. A long time. I never thought I'd be around this long.  I'm very proud to be a part of the New York City Police Department — to be a friend, I'd like to believe — to all of you."

The video concludes with McDonald relaying that the support received by his family had been so special to his wife, Patricia Ann, and their son.

McDonald's wife was three months pregnant on July 12, 1986, when McDonald was shot in Central Park.

Their son, Conor, was born in January 1987 and will turn 30 years old later this month.

McDonald and his wife, who is the mayor of Malverne, Long Island, impressed New Yorkers with their amazing faith and his determination in the face of grievous injuries.

Ironically, Jones was fatally hit by a car, three days after he was released from prison in September 1995. He died just a short distance from the shooting scene in Central Park.

McDonald was very close to the late FDNY Chaplain, Mychal Judge. They made peace trips to Northern Ireland. Father Judge was the first listed casualty of the 9/11 attacks.

NYPD Det. Steven McDonald with his son, Conor, and his wife Patricia Ann. She was pregnant with their son in July 1986 when McDonald was shot.

McDonald, who's remarkably been breathing with the help of a respirator for more than 30 years, has remained an active member of the NYPD.

McDonald's health crisis prompted an outpouring of support and well wishes for him and his family.

Our thoughts are with the courageous & inspirational @NYPDnews Det. Steven McDonald and his family tonight. https://t.co/KhsGBtEqkY

Our #NYR family sends prayers and love to Steven, PattiAnn and Conor