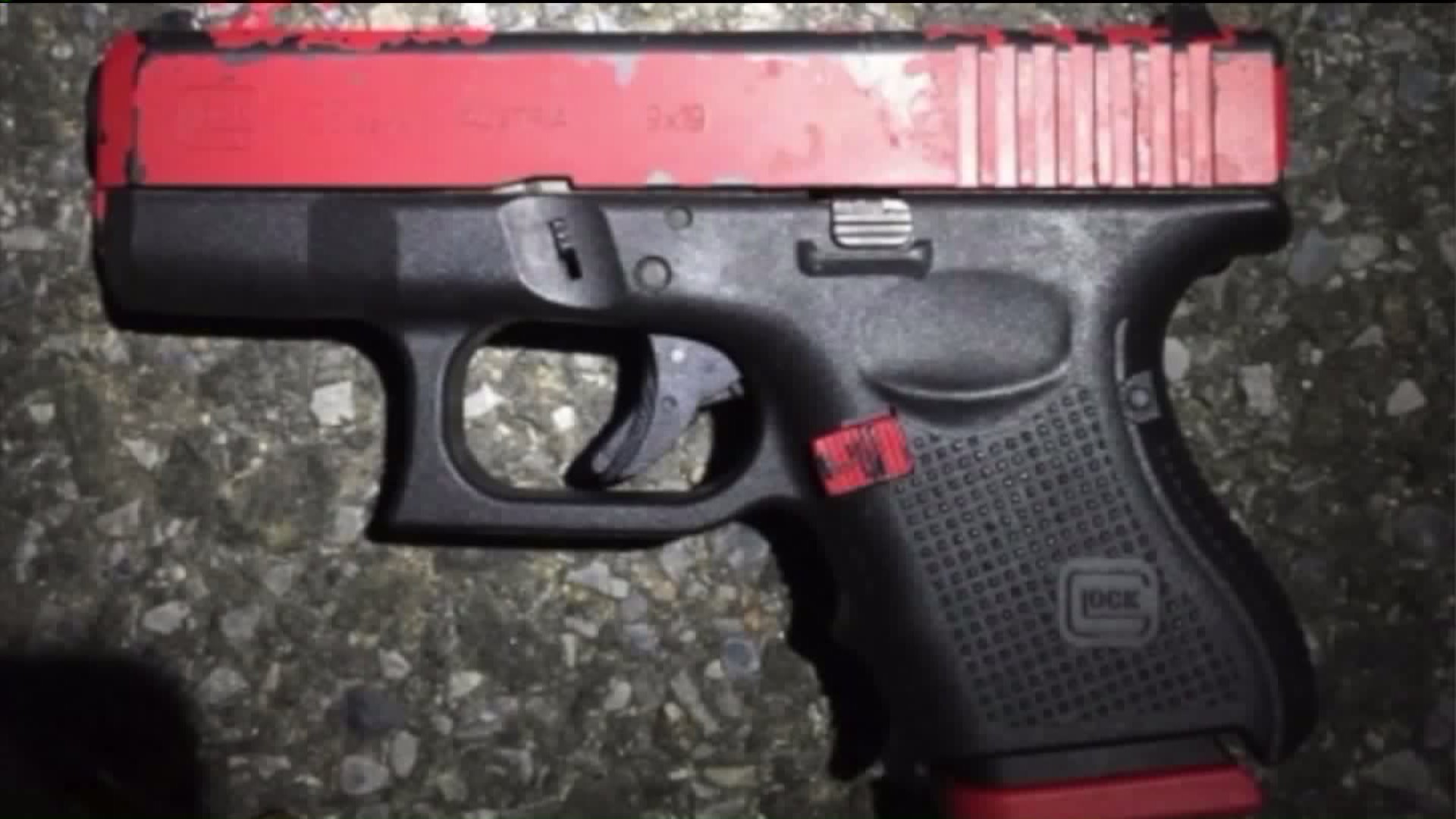 CHARLESTON, Staten Island — Two men are in police custody, one of them under police watch at a hospital, after the pair abused some seriously dangerous guns overnight, according to the NYPD.

The man, who is now in the hospital, pointed one of his guns at officers while he was wearing a bullet-resistant vest, police said. Investigators said they're trying to figure out what exactly went on in this situation that was unusual and suspicious in many ways.

Around 1:10 a.m. Thursday, officers responded to a 911 call of shots fired in the woods near homes on the far west end of Staten Island, north of the Outerbridge Crossing. Seconds after they'd arrived, police had an urgent situation on their hands.

"Shots fired!" an officer on the scene exclaimed urgently on the police radio, referring to rounds that fellow officers had discharged. "We've got one male down," the officer added, with intensity. "We've got another perp," he said, referring to the other man who'd been shot.

The two men, according to police, are Patrick Allen, 24, who they said pointed a glock 9-millimeter semiautomatic pistol at officers, after he'd stepped out from behind an object. Allen was wearing the bullet resistant vest, called a ballistics vest, police said, when they fired at him.

"It sounded like six to eight shots, 'Bing, bing bing, bing,'" said a woman who lives near the shooting scene and heard the action as it unfolded. She did not want to give her name.

Medics rushed Allen to the hospital, while police looked for the other man they'd seen, Jonathan Derbyshire. Officers found, abandoned in the woods, an AR-15 machine gun.

Just before sunup, about a mile away from the original scene, officers said they'd spotted Derbyshire walking out of the woods covered in mud. They took him into custody at the 123rd precinct, where investigators spent all day trying to make sense of what had happened, as witnesses to the arrest scenes pointed out.

"They don't know why they were down here," said James Hannafey, who works near the scene of the initial police encounter at Androvette and Kreisher Streets. "It's normally quiet" here, Hannafey told PIX11 News on Thursday morning.

By early afternoon, NYPD top brass had more information that they'd gleaned from interviews with the two suspects. "It appears they were hanging out in a home near the location," said Chief of Patrol Terence Monahan, "and decided to test fire some guns."

It turned out to be quite a few guns, according to the NYPD, after it completed its search of the scene.

He also said that both men, Derbyshire and Allen, had prior criminal records.