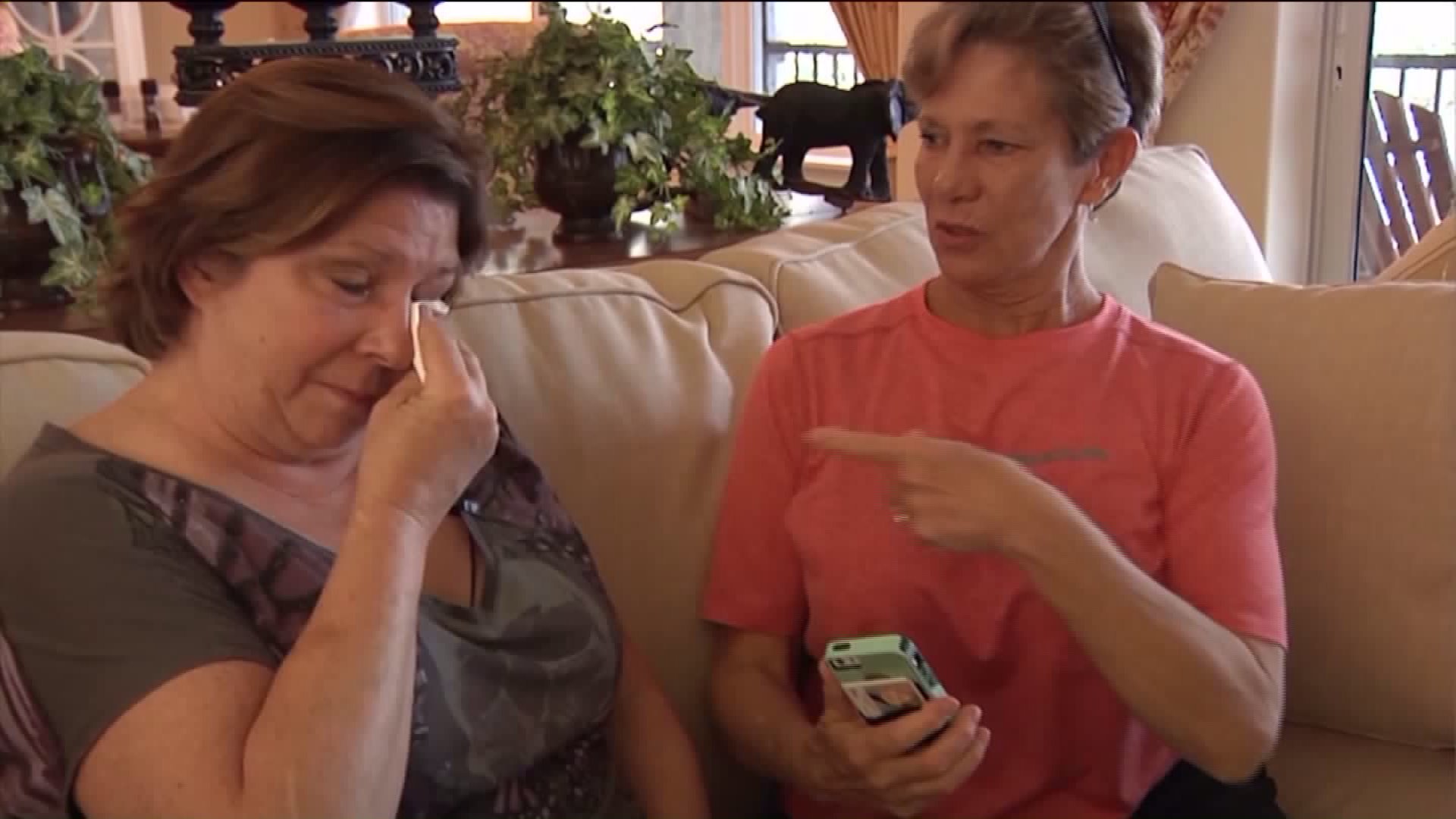 Two Florida sisters say they were cheated out of a chance to say goodbye to their dying father when they were kicked off an Allegiant Air flight Monday.

DELAND, Fla. — Two Florida sisters say they were cheated out of a chance to say goodbye to their dying father when they were kicked off an Allegiant Air flight Monday.

Debbie Hartman and Trisha Baker, of DeLand, Florida, said they were on their way to Asheville, North Carolina, to visit their father in hospice care when they were forced off the plane.

Baker said they were seated rows apart, waiting for takeoff in Orlando, when she got a text message saying their father  might die within hours , according to WKMG-TV.  That's when Baker said she tried to tell her sister about the message, but a flight attendant stopped her.

"She said, 'You need to sit down,' and I said, 'Well can I just sit here? I just want to console my sister. We just got word that my dad's dying," Baker said.

Hartman, who said she had a panic attack during the incident, told the station, "(My sister) said (to the flight attendant), 'You're being very rude. My father is dying, and I'm comforting her,' and they said she needed to keep her personal problems off the plane."

The crew notified the captain and minutes later the sisters said airport security removed them from the plane.

One of the other passengers on board the Allegiant flight later recorded a YouTube video blasting the airline staff, saying it was "the most inhumane, deplorable thing I've ever seen any human being do."

The sisters said their father died shortly after the incident, and Hartman told WKMG, "One hundred thousand percent I blame them. They were the gate between keeping me from my father to say goodbye."

Allegiant Air issued the following statement regarding the incident:

"At Allegiant, we rely on our crew members to provide and oversee a safe environment for every passenger, on every flight. We expect that authority to be exercised both judiciously and consistently, with empathy and with good judgment. We take this customer feedback seriously and are in the process of conducting an investigation into what occurred. "

Facebook users bombarded the airline Thursday with angry comments, to which Allegiant replied, "We are taking the situation very seriously and conducting a thorough investigation to take appropriate next step."