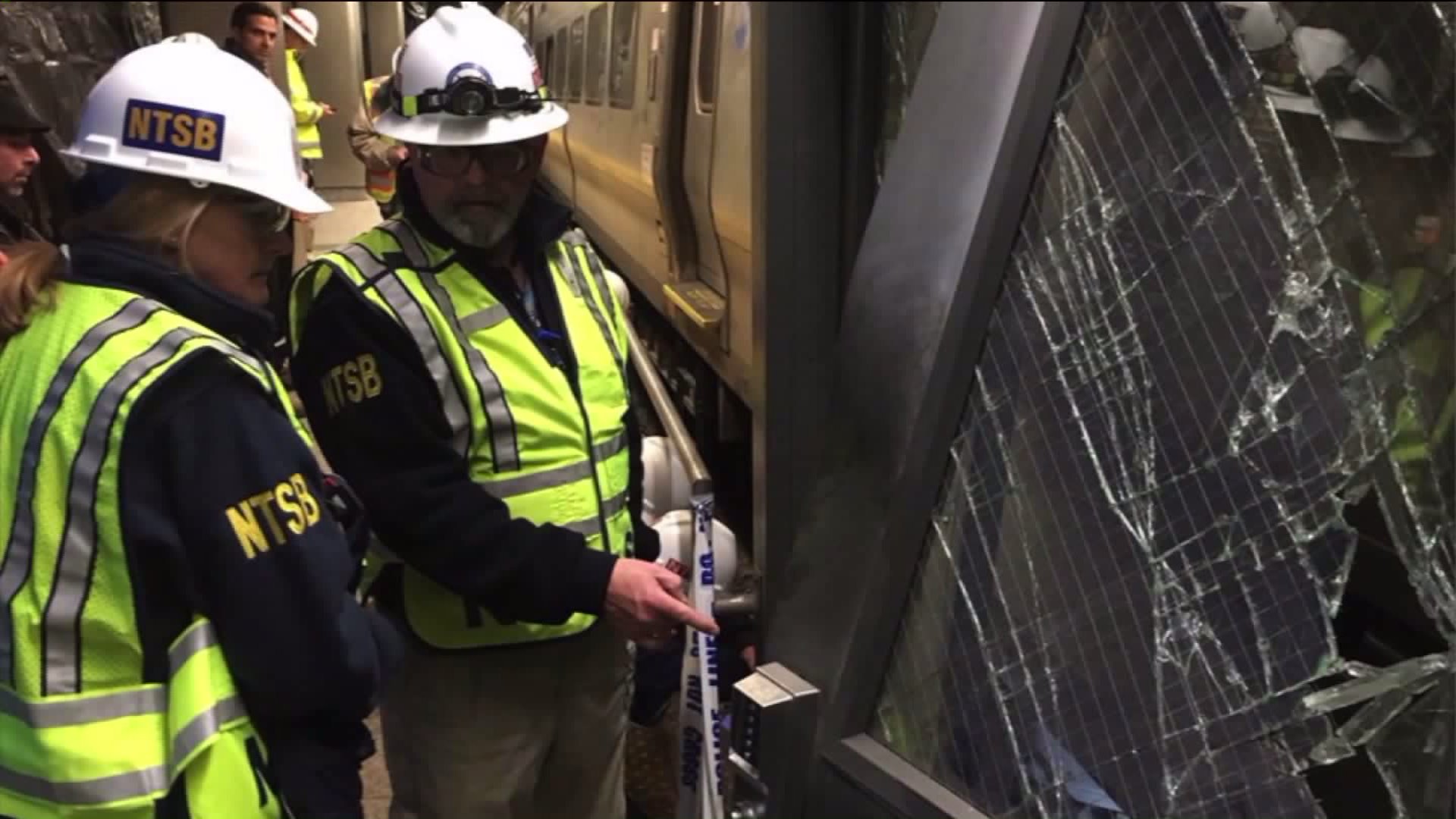 The NTSB says the LIRR train was going twice the speed limit when it crashed into the bumping block at Atlantic Terminal. But a Queens passenger has already announced plans to sue the commuter rail.

NEW YORK — A passenger who was on the LIRR train that derailed at Atlantic Terminal plans to file a $5 million lawsuit against the commuter rail.

Clifford Jones is seeking $5 million in damages for injuries he sustained during the crash, according to the notice of claim filed by his attorney Sanford Rubenstein of Rubenstein & Rynecki.

Jones said he was in the last car of the train and had stood up just as the crash happened, Rubenstein confirmed.

He said he flew forward and hit the seat in front of him before he fell into the aisle.

"He suffered injuries to the neck, to the back, as well as to his knee," Rubenstein told PIX11 News on Jones.

This is the first notice of claim filed against LIRR and the MTA in connection with Wednesday's incident.

The LIRR train from Far Rockaway, Queens was pulling into Atlantic Terminal during Wednesday morning commute when it hit the bumping block at the end of the track. One truck and one axle ran off the track.

A NTSB spokesman said during a news conference Thursday the train was going more than 10 mph when the speed limit was 5 mph for that portion of the track.

The train engineer told investigators he is "unable to recall" hitting the bumper at the end of the track, but does remember pulling into the station and controlling the speed of the train, the spokesman said.

The train also did not have positive train control, a technology that can automatically stop a train before a collision.

"That's a very serious issue that needs to be taken up with the MTA and Long Island Railroad. The public has to be protected from crashes like this," Rubenstein said.