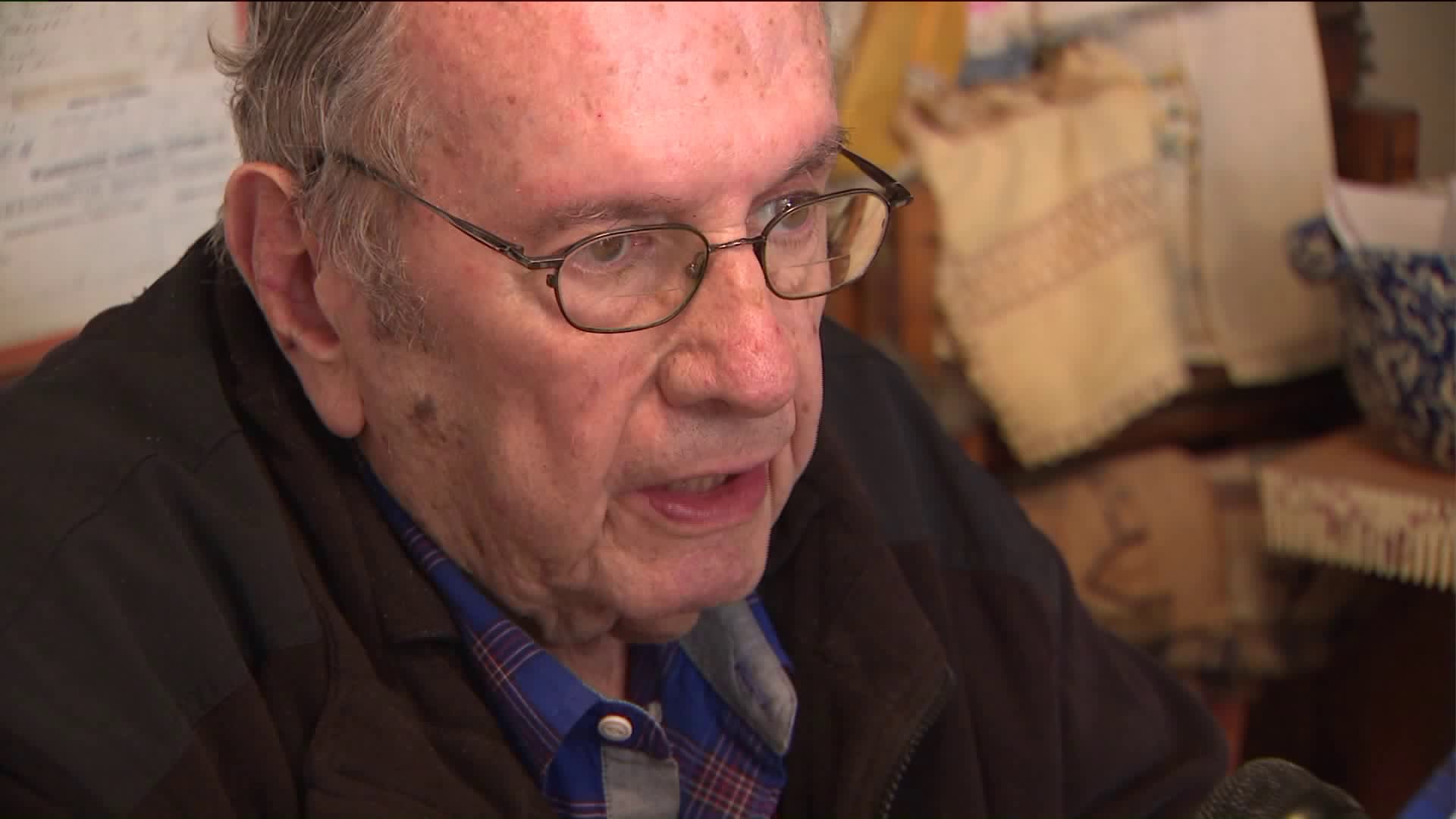 The elevator in the Queens apartment building has been out for a month.

KEW GARDENS, Queens — Imagine you have no elevator service for a month and you're a senior citizen or have serious health issues.

That's what dozens of residents in a Kew Gardens apartment building are coping with.

"We do the best we can," Sidney Tesher, an 87-year-old tenant of the Austin Street building, told PIX11. "Excuse me for being out of breath."

Tesher is one of the luckier ones.

After undergoing triple-bypass surgery, he can only slowly make it up the three flights of stairs to his apartment.

"Evidently, they didn't think that it was important to work overtime and get it done sooner," Tesher said.

Tesher's upstairs neighbor, Virginia Peters, has bad knees and said she can't take the stairs, so she's been a prisoner in her sixth-floor apartment since Dec. 7.

"Thank goodness my daughter had vacation so she could come grocery shop and help us out," Peters said.

Her husband, Ronald, a Korean War veteran, had to move to a hotel near the Brooklyn Veterans Hospital because he had so many doctors appointments that he couldn't miss.

Peters said his hotel bills are running about $2,700 a month, which he is planning to sue his landlord to pay.

PIX11 News reached out to the building's management company, PSRS Realty Group, for comment, but has not received a response.

Nobody was working on the elevator when PIX11 was there. The realty group told residents in a sign in the building that elevator service will be restored on Jan. 18.