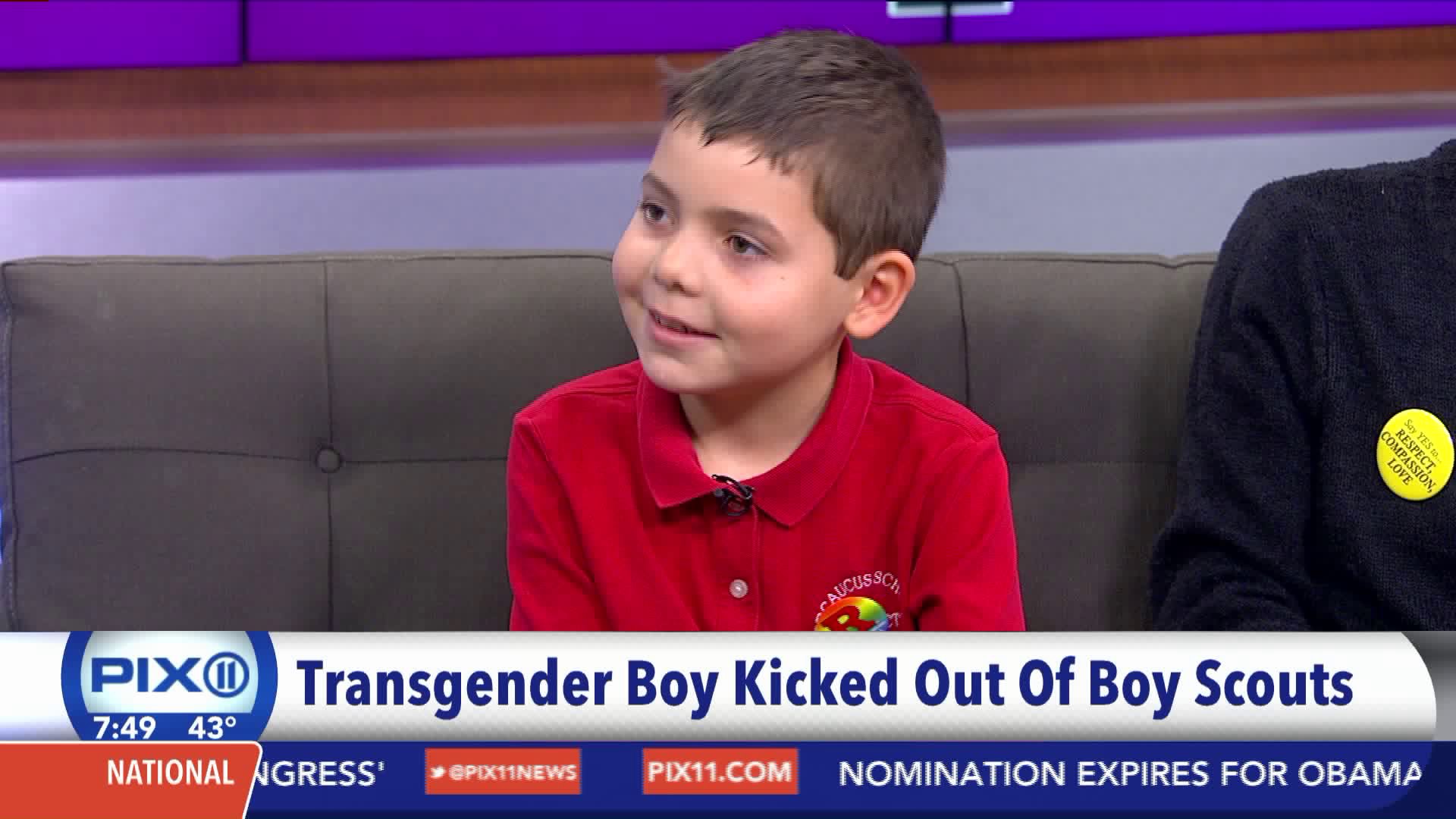 SECAUCUS, N.J. — A movement is underway to let a New Jersey boy rejoin the Cub Scouts after he says he was kicked out of the pack because he is transgender.

Joe Maldonado, 8, joined Pack 87 in Secaucus in October. His best friend is part of that pack and it gave his the chance to go camping, his favorite Boy Scouts activity.

But he was asked to leave a month later.

“It’s just, I don’t know, it’s confusing for me,” Joe Maldonado said when asked if he understood why he had been kicked out of the Scouts.

The 8-year-old said he’s experienced bullying before, especially in kindergarten when he told his classmates he “wanted to be a boy and they just didn’t take it that way.”

His mother, Kristie Maldonado, suspects moms in the pack “may have had an issue” and started what would become Joe’s ouster.

“I’m glad you did because look now what’s happening,” she said, addressing those who oppose her son participating the Scouts. “Thank you.”

In a statement, a spokesperson for the Boy Scouts of America said:

“…Does not meet the eligibility requirements to participate in this program. … Defer to the information provided for an individual’s birth certificate and their biological sex.”

Kristie Maldonado said she was never asked to provide her son’s birth certificate when he joined.

In recent years, the Boy Scouts of America changed a long-standing policy that banned gay scouts and leaders. They lifted the ban on gay leaders in 2015. The ban on gay scouts was lifted in 2013.

Garden State Equality has launched a petition asking the Scouts to reinstate Maldonado as a member and consider adopting a national policy regarding transgender children.

“In almost every state, you can change your gender market on your birth certificate,” Potenza said.