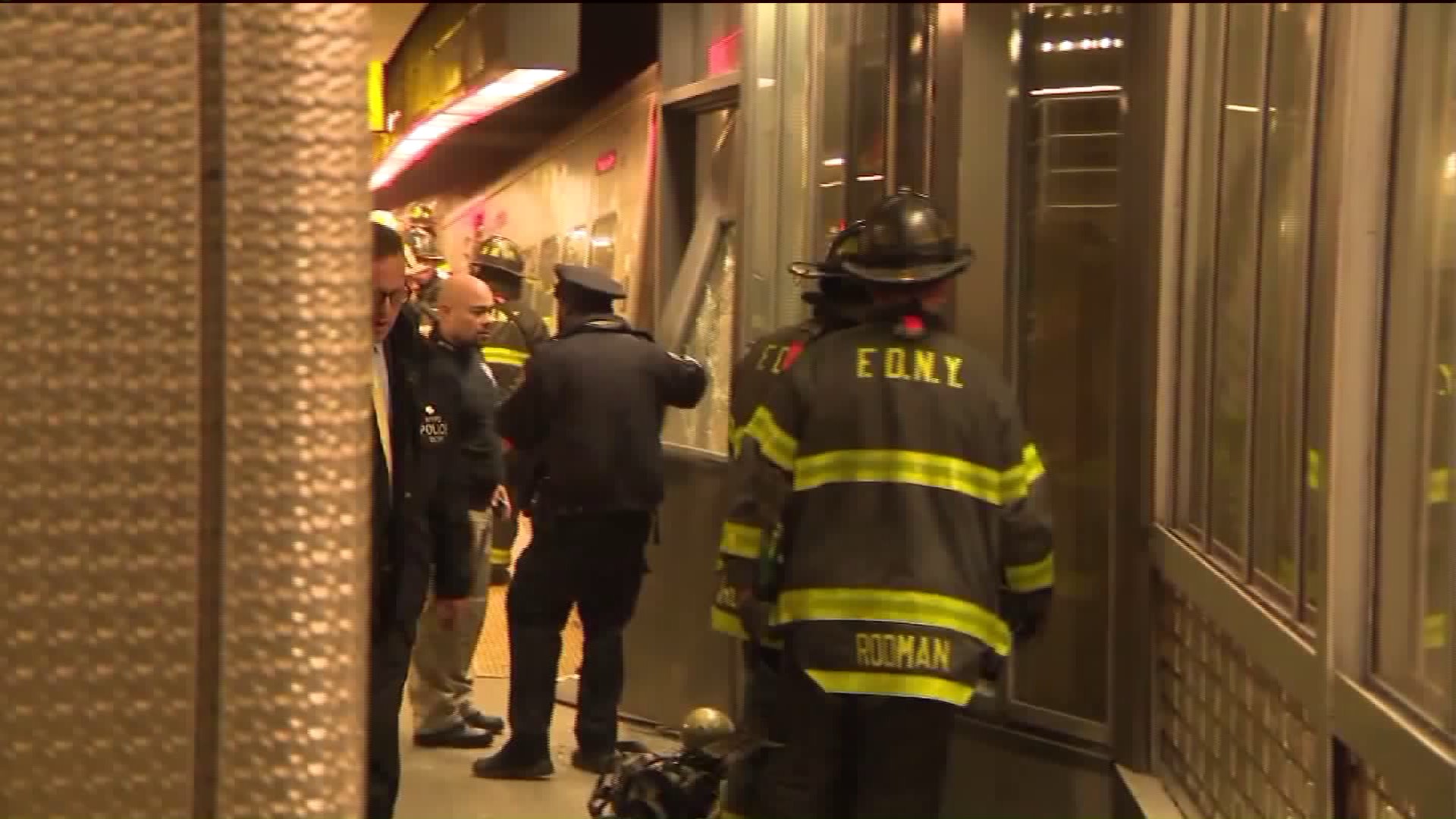 The six-car train rammed into a bumping block while arriving at Atlantic Terminal, causing the lead wheel and an axle to run off the rails.

Officials said 103 people had non-life threatening injuries. The most severe injury was a possible broken leg.

Gov. Andrew Cuomo was on the scene with the FDNY and MTA providing updates on the crash.

De Blasio did not visit Atlantic Terminal following the derailment. Instead, he went about his scheduled appearance to discuss crime statistics in New York City.

When asked by he didn't attend, the mayor said Gov. Cuomo was handling it and the injuries were not serious.

Mayor de Blasio criticized former Mayor Michael Bloomberg in 2013 for not going to the scene of a fatal Metro-North crash. The then mayoral hopeful said his instinct would have been to go immediately to the scene.

Four people were killed and 115 injured when a Metro-North train derailed at a sharp curve in the Bronx. The NTSB found the conductor had fallen asleep due to "undiagnosed severe obstructive sleep apnea exacerbated by a recent circadian rhythm shift required by his work schedule."

De Blasio said the LIRR derailment was a "different kind of situation" than the "horrible tragedy" in the Bronx.