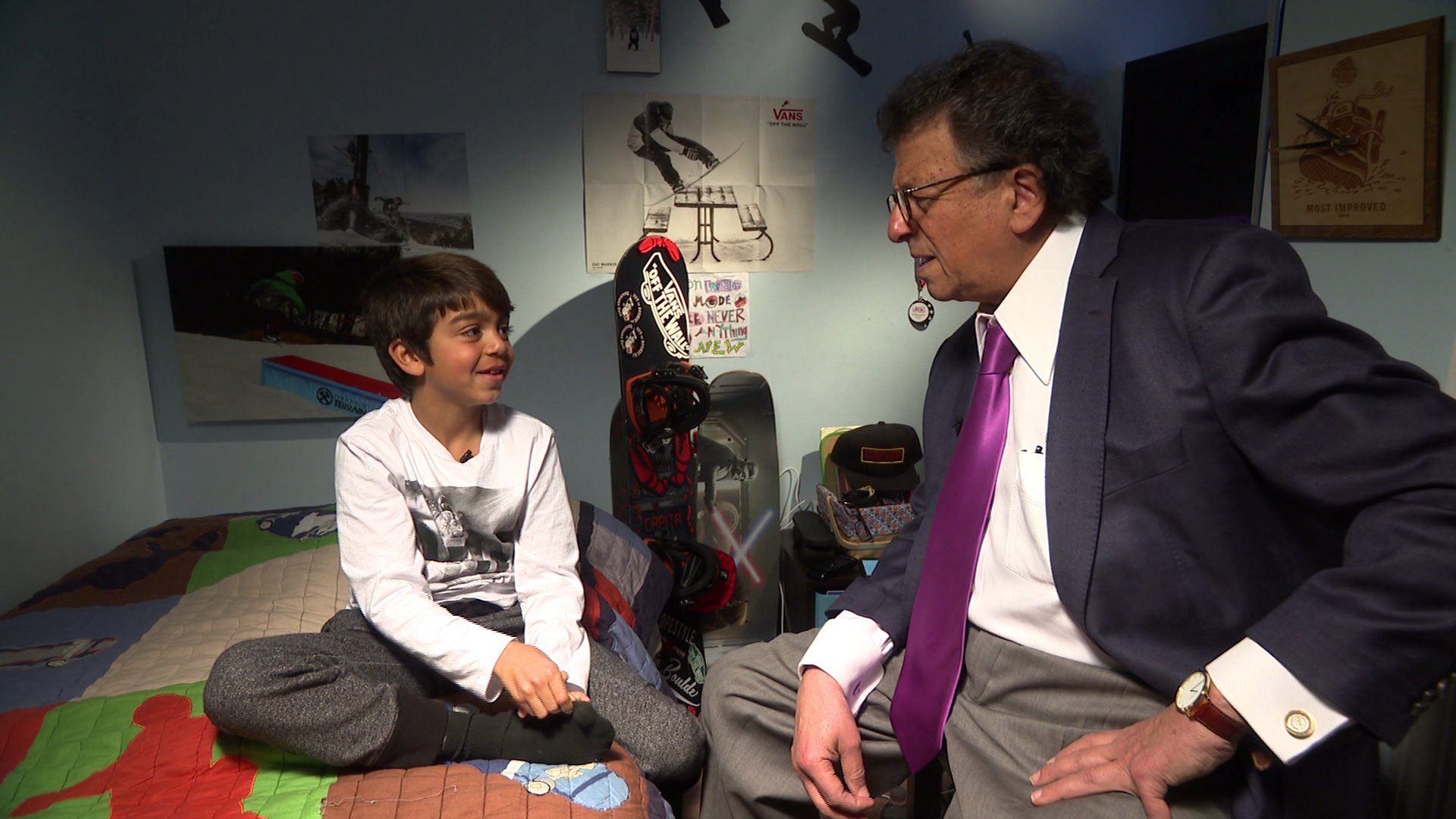 “A person who never made a mistake never tried anything new,” LJ Henriquez said.

It’s how LJ  approaches life and what he thinks about every time he straps on his snowboard.

“Do you wake up every morning and start thinking about the mountain?" I asked. "Yes!” he said.

He’s only 8 years old and has already found his passion.

"[I feel] excited and happy when on top of the mountain,” LJ said.

He may be small but he dreams big.

LJ’s well on his way to reaching that goal, scoring multiple sponsors and winning competition after competition like when he got first place in the the USASA Snowboarding Nationals in Colorado slopestyle, accomplishments that don’t happen overnight. He trains nearly every day of the week, for hours at a time. Even when he can’t get to the mountain he’s practicing in his living room. It’s an all-encompassing activity and he doesn’t slow down — he also participates in skateboarding, gymnastics and wrestling to finesse his skills.

“How old was he when you saw something special?" I asked LJ's father. "I believe he was like 6 months, we put him on a skateboard and all of a sudden he started kicking and pushing," he remembered. "I was like damn we got something here!”

LJ's parents, Lenim and Pamela, have supported him since day one.

“What do you recall about the first time you saw him in the snow?" I asked Pamela.

His dad has coached him for years in a sport that gets expensive, quickly.

“What makes this worthwhile, traveling across the country and supporting his skill?" I asked Lenim. "The smile and the joy he puts after he lands a trick is priceless.”

For LJ, it’s only ever been about the thrill, trying new things and learning to get back up when he falls. Even on a bad weather day, he tries to convince me to go to the mountain with him.

He’s definitely braver than me but it seems, in the end, I won that argument as Mountain Creek ended up closing early that day, due to weather conditions.

“You were right Mr. G, it wasn’t a snowboarding day!" LJ said to me in a video from his parents.