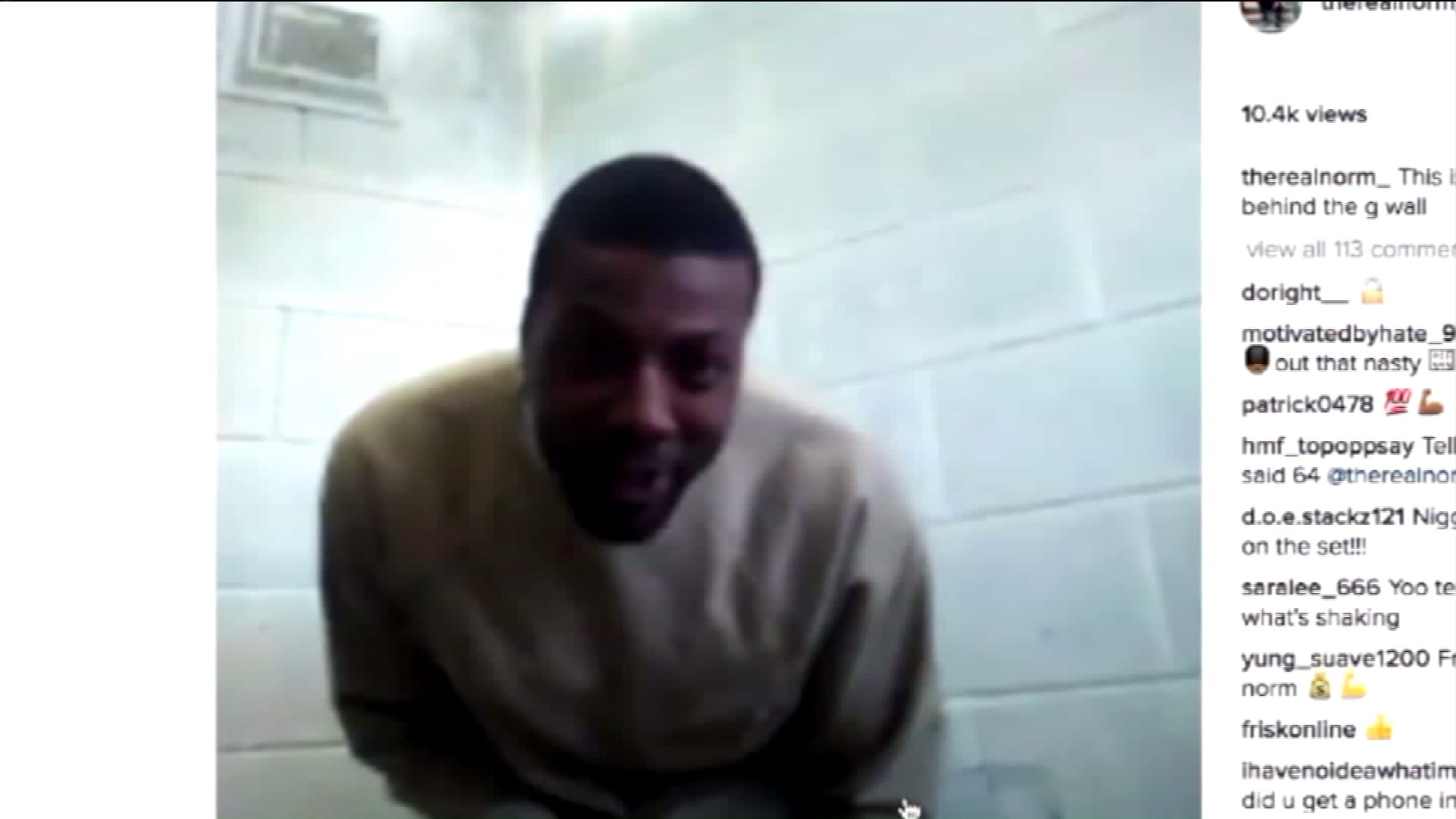 An investigation is underway about how inmates were able to smuggle a cell phone into Manhattan Detention Complex.

LOWER MANHATTAN — In an expletive-ridden cell-phone video obtained by PIX11 News, four inmates inside what sources say is the Manhattan Detention Complex boast about how they are able to film inside, among other things.

The video was posted on Dec. 19 and has been viewed over 14,000 times on Normin McKenny's Instagram page. McKenny, an inmate in the Department of Correction system, posted a picture of himself on Dec. 21 in his cell saying "top of the morning to you."

McKenny's records show he was arrested on Oct. 14, 2016 and charged with robbery, assault and possession of a weapon.

Sources tell PIX11 a correction officer found the video on Instagram and immediately became concerned, so they notified their supervisor.

That supervisor that instructed a search of the cell, which uncovered more than just a cell phone. They found two cell phones; a charger; four SIM cards; a blade; and a homemade shank.

After that discovery, the four inmates were transferred out of MDC and back to Rikers Island.

The Correction Officer Benevolent Association's president, Elias Husamudeen, is praising the officer who alerted his supervisor.

"Here is an officer who clearly understood if they have phones, when I go work there — what else do they have that could endanger my life," Husamudeen said.

The story is similar to one PIX11 reported in August 2016, when an inmate streamed live on Facebook from inside his cell, displaying a weapon.

In that case, the inmate says he walked his cell phone right in, claiming the metal detectors did not work properly.

The Department of Correction has focused its attention on illegal contraband like cell phones.

DOC records show that weapon finds were up 41 percent in the first 11 months of 2016, compared with the same period in 2015. There were 3,657 weapons confiscated compared with 2,587 from the previous year.

The department says efforts into improving surveillance around Rikers Island and a $1.2 million investment into new X-ray machines has helped reduce the flow of contraband.

However, they have yet to get ionizing body scanners like airports have due to state laws. It is something that the union and DOC agree is needed to fight the influx of contraband.

As for this case, Department of Correction spokesman Peter Thorne said: "This incident remains under investigation. The officers who reported the contraband are being recommended for Special Recognitions from Commissioner Ponte.''