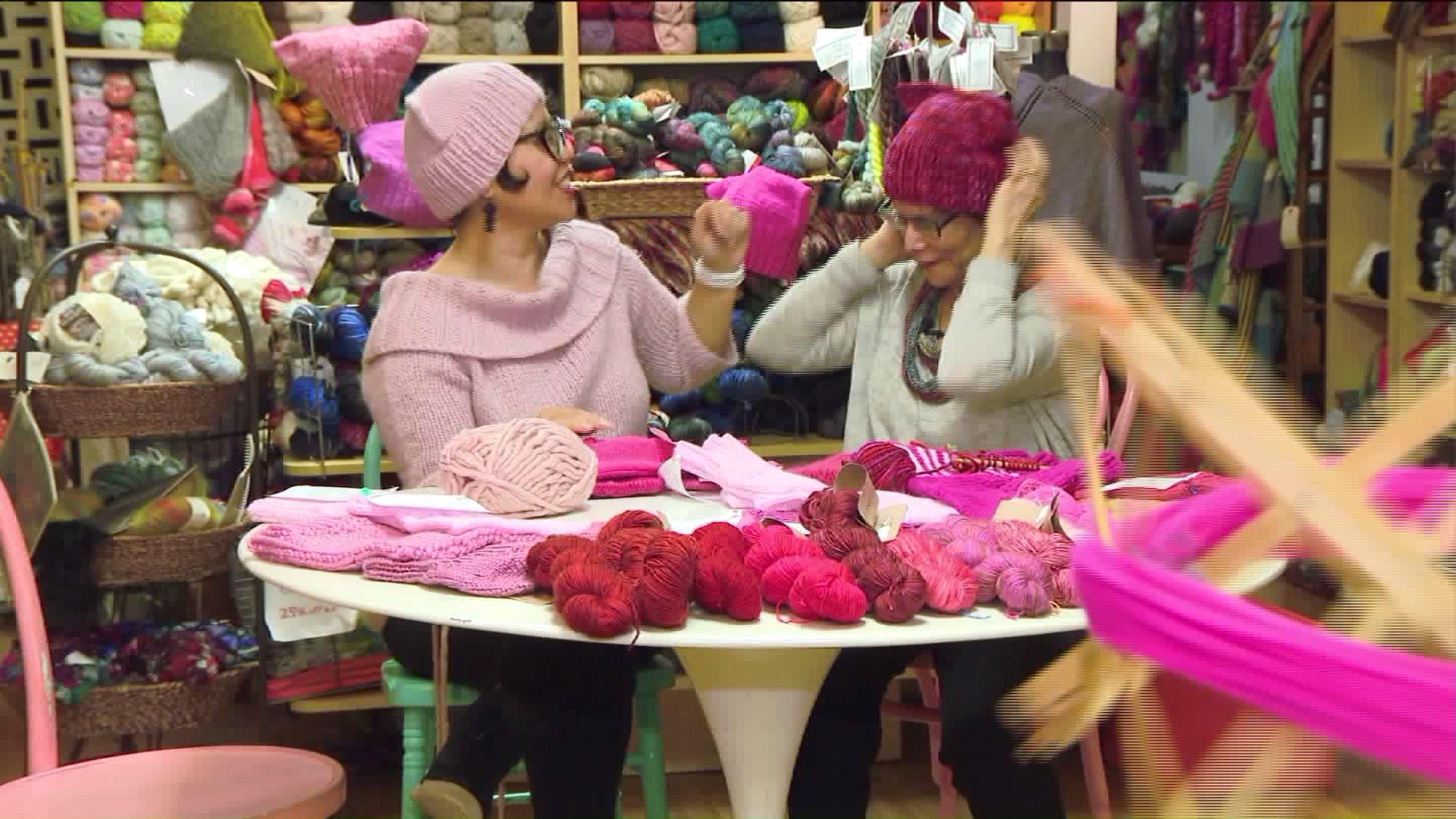 Women are preparing their pink hats for the March on Washington.

UPPER WEST SIDE, Manhattan — They are pink and cat-eared and they are going viral.

Hundreds of thousands of people are preparing to join in the Women's March on Washington on Jan. 21, the day after Donald Trump is inaugurated. Many will be wearing a particular hat on their head, all in different shades of pink.

This pink hat revolution is the brainchild of female knitters in California and has spread through Facebook across the country to the Upper West Side store Knitty City.

Organizers say the movement is not anti-Trump, but rather pro-women's rights. But why a cat shape?

"It was created as a controversial word during the election," another Knitty City knitter Maxine Levinson told PIX11. "We are taking it back so it is not demeaning to women. We are standing up for women."

The pussycat hat is an easy pattern to knit, or so they say. All the hats are being donated to marchers, on two legs or four.

She also knit a pussycat hat for her maltese, Meringue.

"I love the idea of a sea of pink that nobody can miss," knitter Idee Simon told PIX11.