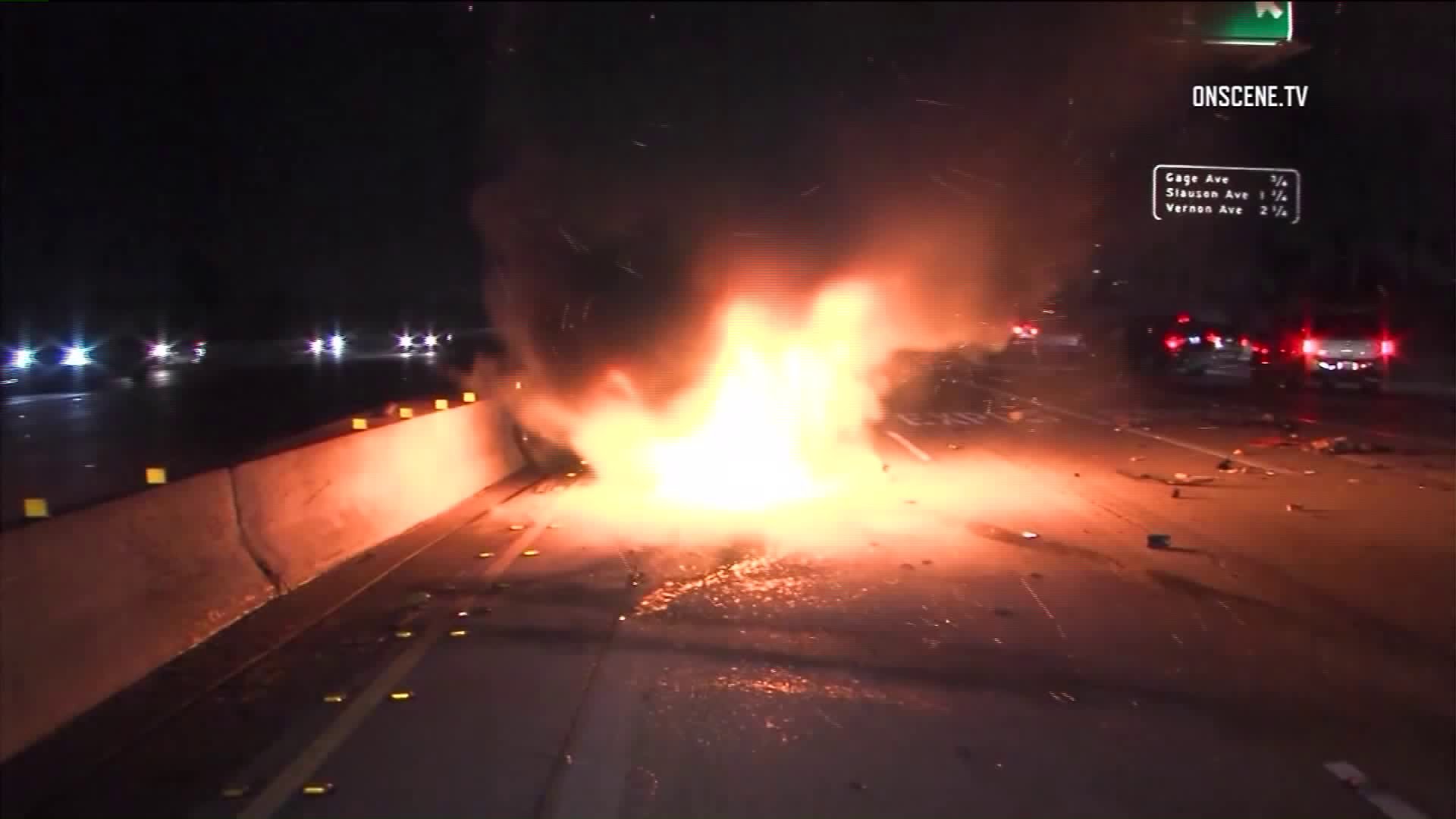 A news cameraman helped save a man from a fiery crash on a downtown Los Angeles freeway on New Year`s Eve.

LOS ANGELES, Calif. — A news cameraman saved a driver from a fiery crash on a Los Angeles freeway on New Year's Eve night.

Photographer Austin Raishbrook, who covers crime scenes and accidents, was sitting on the side of the 110 Freeway when something caught his eye. An SUV was stalled and sitting in the fast lane and he saw two cars sideswipe it as they sped by, he told KTLA.

The second car's impact led to what Raishbrook said sounded like an explosion.

"I could actually see the driver slumped over the steering wheel... I was met with heavy flames and smoke. I reached in and pulled him through, but I couldn't do it," Raishbrook told KTLA.

He reached into the SUV and tried again.

"I manage to wrestle his waist out of the lower belt and pull him free. It was quite an experience," Raishbrook added.

The man was taken to a nearby hospital in critical condition, but is now awake and responsive, Raishbrook said.