One year after historic landmark NJ church burns down, signs of progress emerge 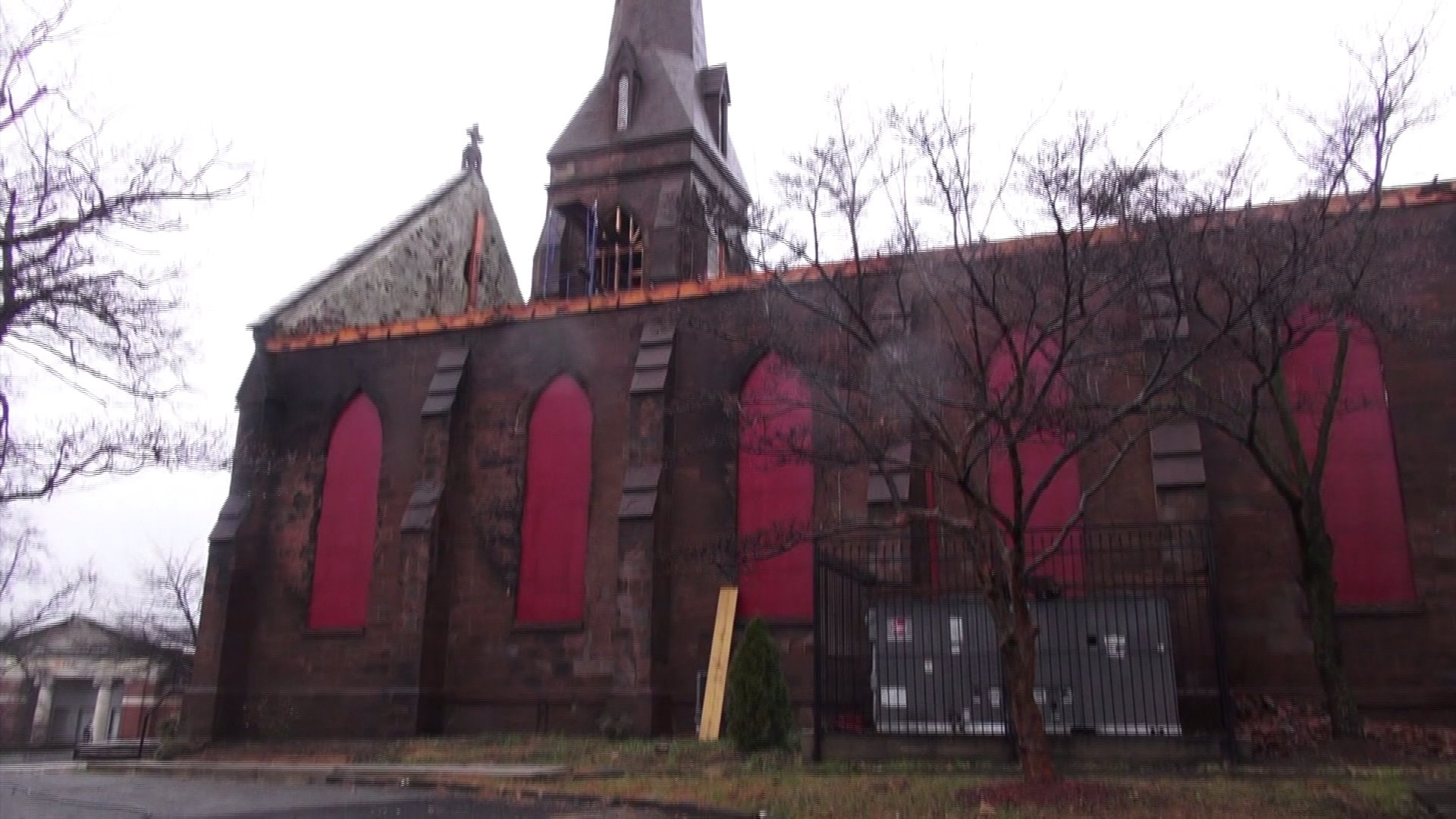 The stone facade is all that remains of the building, after flames demolished the roof and interior.

WEST ORANGE, N.J. — It’s been just over a year since a fire tore through St. Marks Episcopal Church on Main Street in West Orange -- a national historic landmark that is now 189-years-old.

The stone facade is all that remains of the building, after flames demolished the roof and interior. Century-old stained glass windows and ornate wood carvings were blown out and burned by the raging fire on New Year's Day one year ago.

“The structural system all burnt to nothing,” said Marty Feitlowitz, an architect and chairman of the West Orange Historical Society.

"Everyone is sort of rooting of them to get this project completed,” he said, “and once more a vital building in the town.”

Today, the church's windows have been replaced with red-painted plywood in an effort to temporarily stabilize the structure. Cables and cement-filled wood beams are secured to the top of the stone walls. Work was supposed to be underway at the site today, but it was delayed thanks to the rain.

"A lot of pain there,” said Miguel Garcia, a parishioner. “Everything is cleaned out now."

Garcia said his family was forced to spend christmas at another church this year. But he’s encouraged by any signs of progress.

A spokesman for the church said that cement will be poured inside the church tomorrow to help stabilize the building further, so that a roof can be put on to protect it from the rain and snow.

Parishioners and residents are hopeful that the church will be re-opened by this time next year.