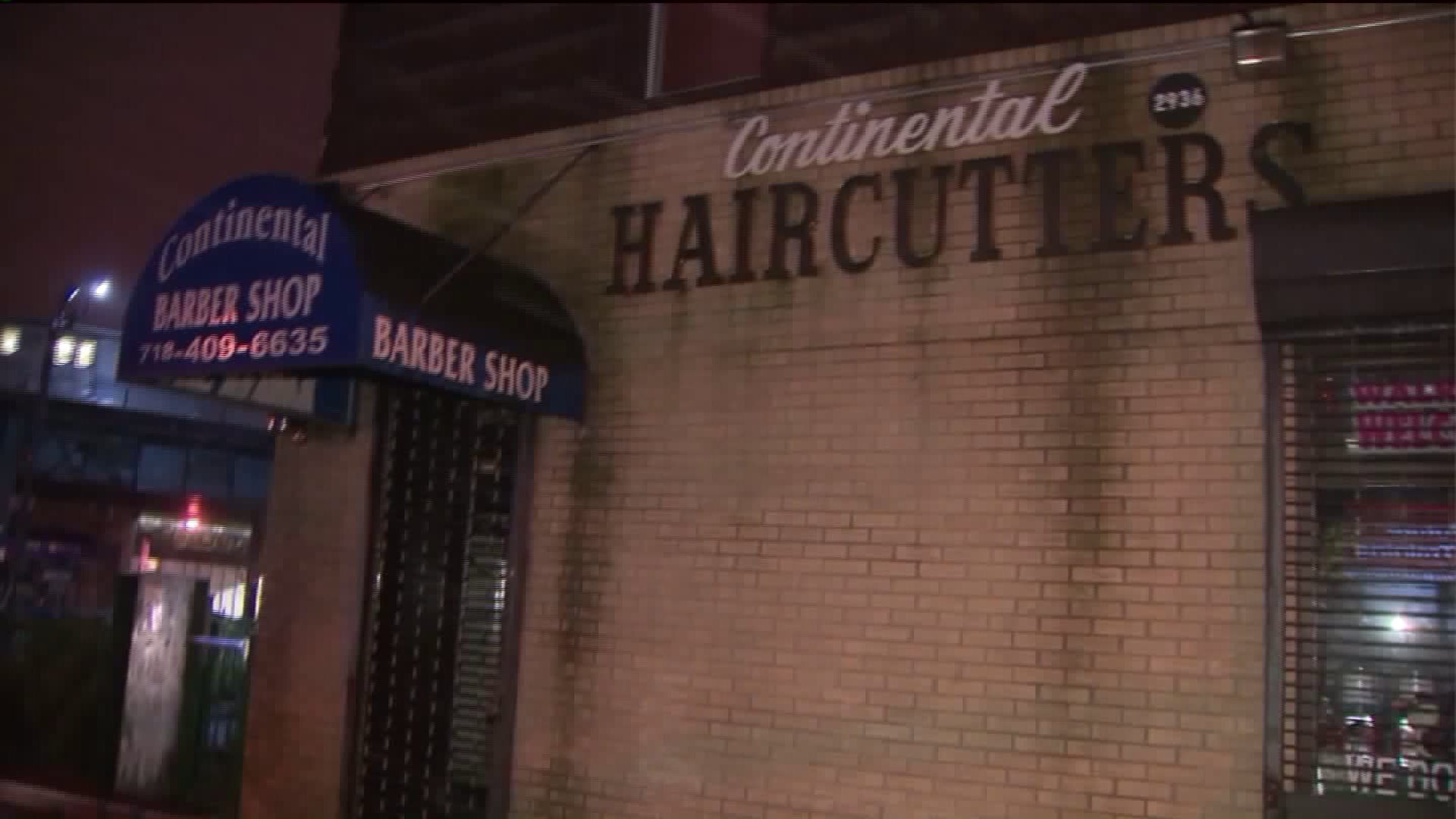 Police are searching for a man who was allegedly dragged out of a barbershop and thrown into a van.

PELHAM BAY, The Bronx — Police sources say a man was dragged out of a Bronx barbershop and thrown into a van Tuesday afternoon.

The man, 34, walked into Continental Grooming Salon on Wilkinson Avenue in the Pelham Bay section of the borough around 2 p.m.

Police sources say the man was followed by a group of men. One of the suspects allegedly asked the victim where his money was.

The man then tried to hide in the bathroom of the barbershop but the suspects broke it down and grabbed him.

He was then dragged out of the barbershop and thrown into a black Toyota minivan. The van fled south on Westchester Avenue.

The victim's shoe could be seen on the sidewalk in front of the barbershop.