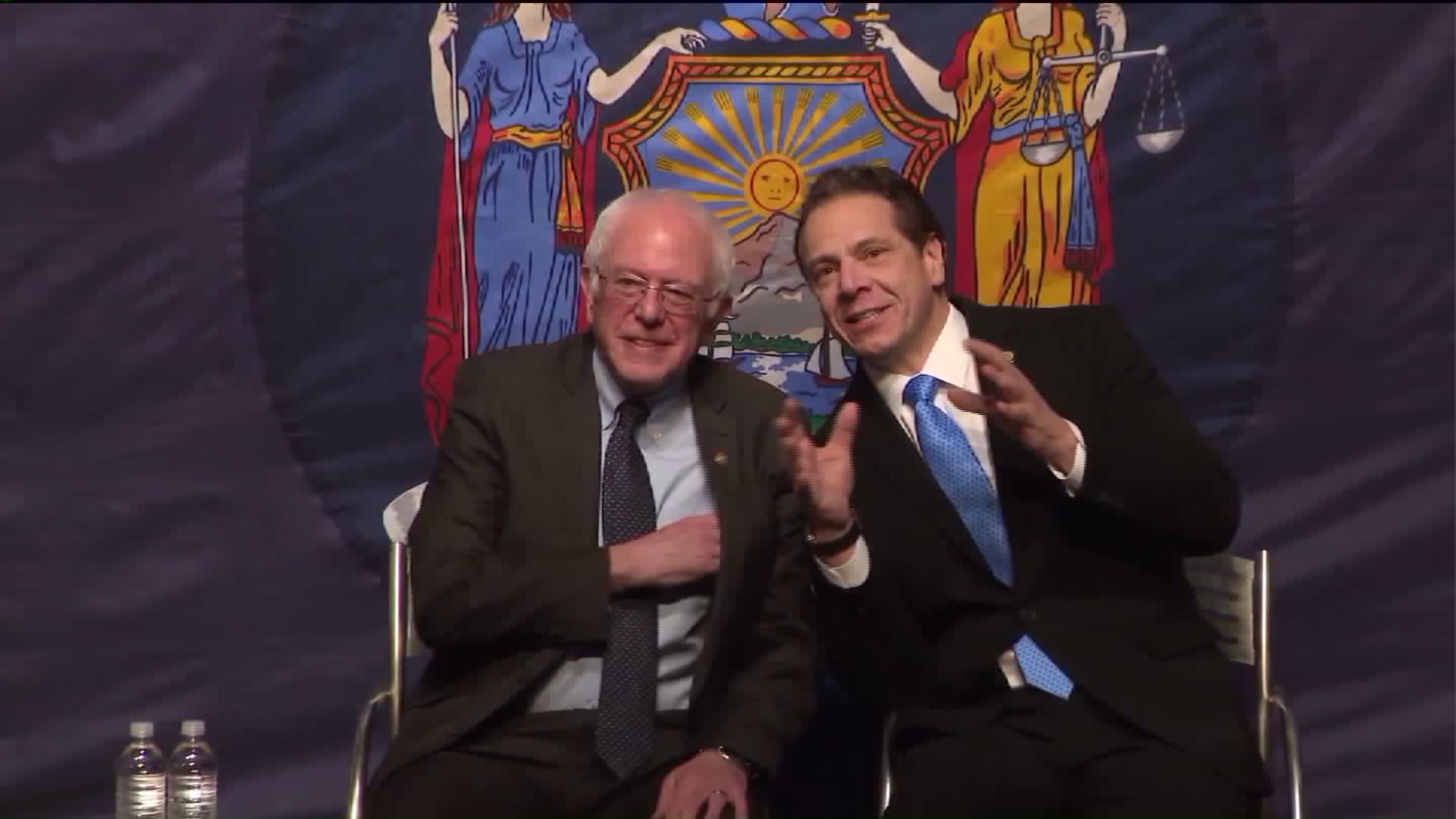 Eligibile New Yorkers would be entitled to free tuition at a public or city school under the proposed plan.

Any college student from a family that makes less than $125,000 annually will be eligible for free tuition through the new Excelsior Scholarship at any New York state or city university starting this fall, Cuomo said.

Funds given to students will be used to complete tuition payments by supplementing existing state and federal loan and grant programs, according to a news release. The Tuition Assistance Program, or TAP, already provides $1 billion in grants to students across the state, and students receiving these TAP funds already won't lose them or any other federal grants, according to a news release.

The program is also expected to help improve graduation rates since the burden of debt from a longer college career will be alleviated.

Cuomo announced the plan alongside Sen. Bernie Sanders (I-VT), a vocal champion of free college tuition and critic of student debt. The announcement was originally reported by the  Times Tuesday morning.

"College is a mandatory step if you really want to be a success," Cuomo said. "This society should say 'If you need college, we're going to pay for college because you should be successful.' New York State is going to do something about it."

"It should be a wake up call to this nation," he said.

"If we are going to do justice to the working families of this country, to the low-income families, if we are going to have an economy that creates jobs... we must have the best educated workforce in the world," Sanders said. "Our job is to encourage every person in this country to get all of the education he or she can, not to punish them for getting that education."

Sanders expects that if the law passes in New York, "state after state will follow, and the day will come when we understand that public education in America is not simply kindergarten through high school."

The plan is expected to begin its three-year rollout in the fall, but will require legislative approval. If it's approved, the Cuomo administration expects that nearly one million New York families will qualify for the plan, according to the Times .

The total cost of the Excelsior Scholarship could potentially be $163 million, but the Cuomo administration said that estimate could be too low or too high. Total cost will depend on how many families participate.

The plan, if approved, will also reportedly be paid for by nearly $1 billion provided by the state through its tuition assistance program , according to the Times . Those awards are capped at $5,165 and many of the awards are smaller.

Current tuition costs at both SUNY and CUNY schools for in-state residents pursuing a bachelor's degree range from $6,470-$6,330 and between $4,350 and $4,800 for an associate's degree, according to a news release.