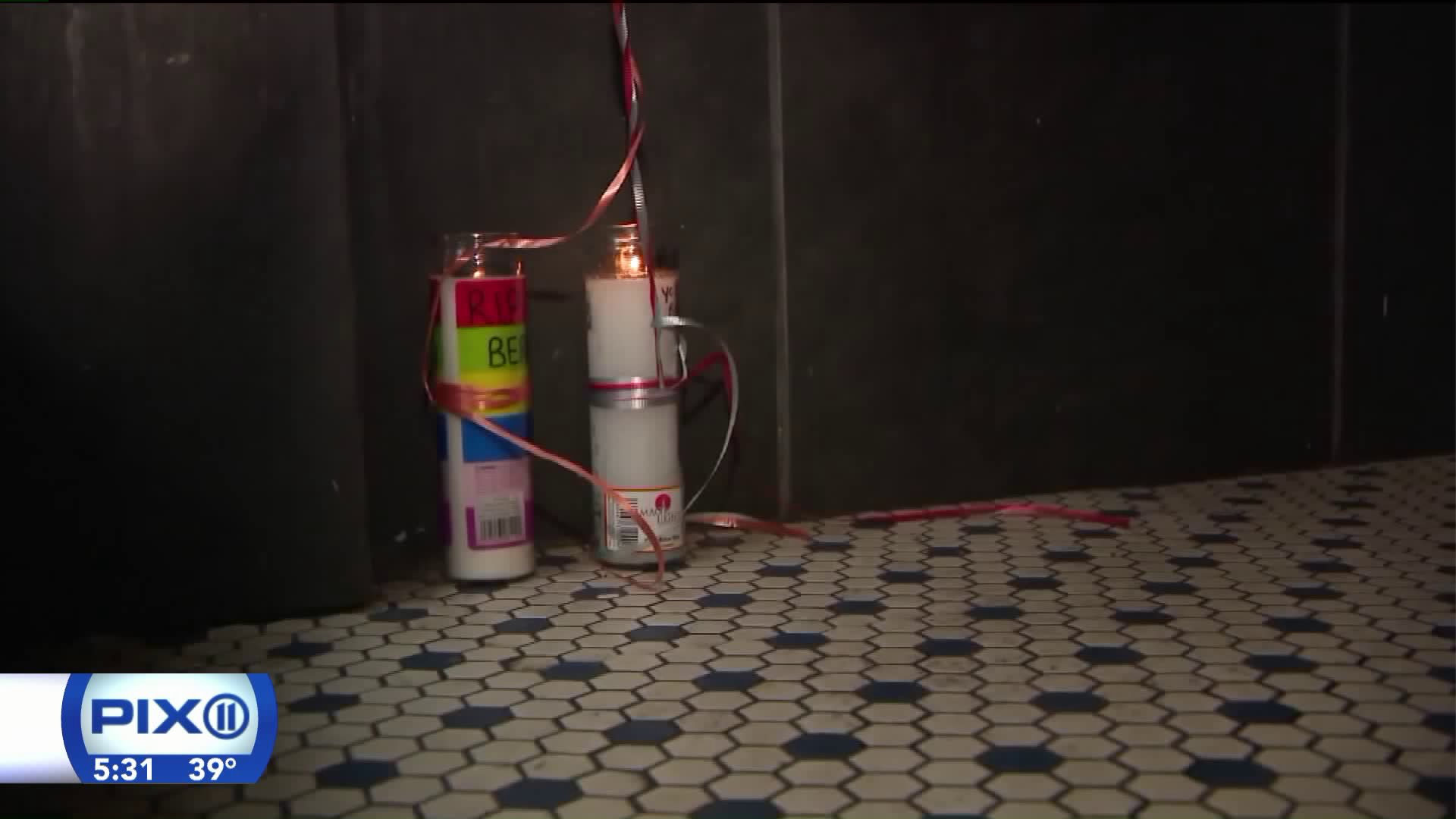 Police are searching for a person they say fatally stabbed a man in the Bronx.

FOXHURST, The Bronx — A Bronx man who was well-known around his Bronx neighborhood was stabbed repeatedly on the night of his birthday and died.

Officers responded to a gruesome scene at a home on Hoe Avenue around 5 a.m., according to the NYPD. Police had earlier said 6 a.m.

A 42-year-old man suffering stab wounds in the head and chest was located and transported to a hospital, where he was pronounced dead.

"He just always had a smile on his face," said Gacomiya McIntosh, who lives across the street. "He always spoke to everybody. Just a good person."

On Monday afternoon, a few candles and mylar balloons emblazoned with birthday greetings made up a makeshift memorial inside the door of the building.

His birthday had been on Sunday, according to many of his friends, and the big day had figured into some of what they'd told detectives as well.

"At five something this morning," said McIntosh, "somebody dropped him off, some girl. They were yelling, going back and forth," McIntosh said. "The girl was like, 'Have a nice [expletive] birthday.' She drove off and he went upstairs."

Police said they got 911 phone calls just after five this morning about cries for help coming from inside the building. Shortly after they arrived, they had EMTs transport the man to St. Barnabas Hospital, where he died.

That's was a theme among many neighbors and friends who spoke with PIX11 News. about the victim of the killing. It makes it that much more puzzling that somebody would want to kill him.

"I just hope that everybody looks into this," said McIntosh, "'cause it's a new year now. It's crazy."

Both she and Rosado blinked back tears as they spoke separately with PIX11 News. The man's death was visibly a loss to both of them.