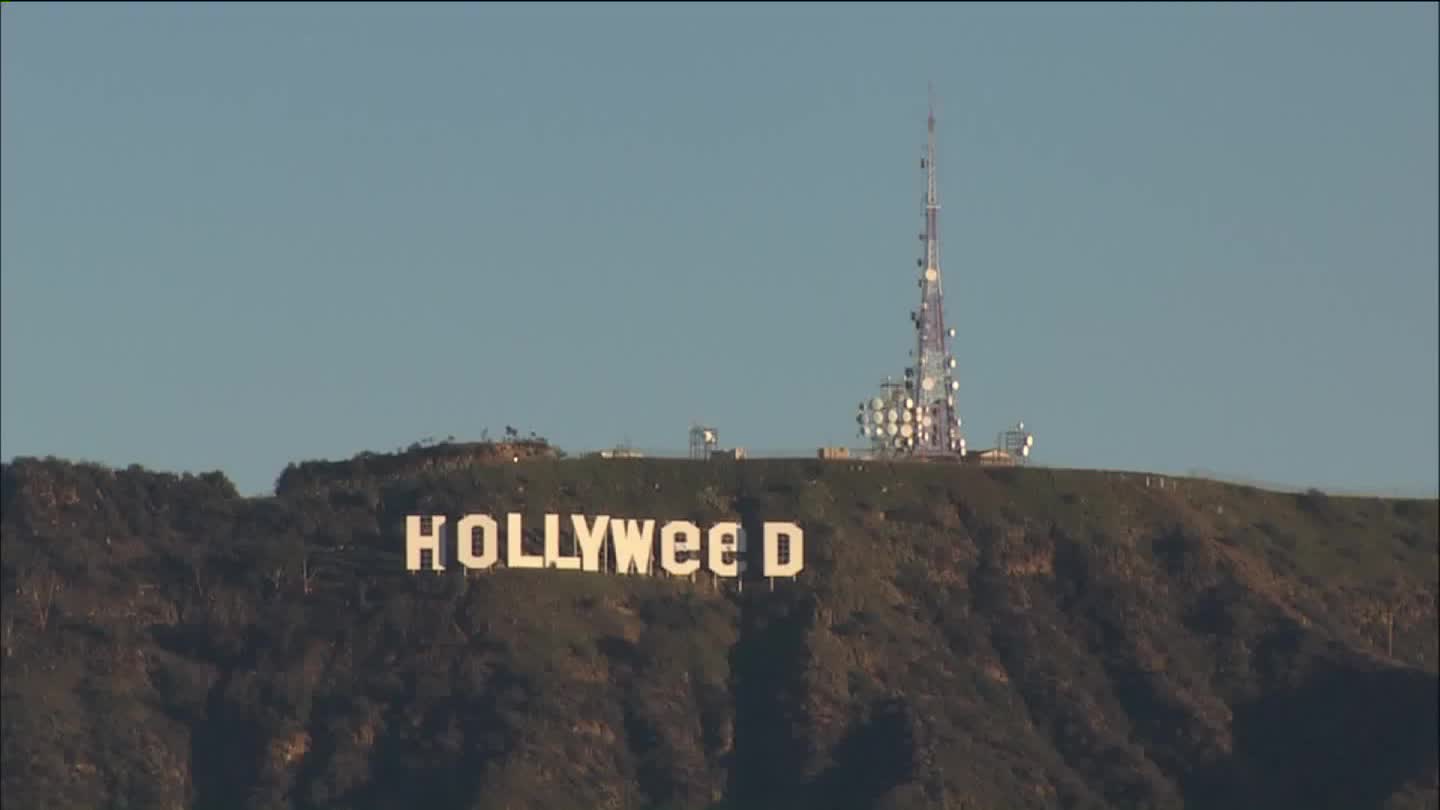 A wacky wordsmith draped tarps over parts of the famous Hollywood sign in Los Angeles. (KTLA)

LOS ANGELES, Calif. — Los Angeles residents woke up Sunday to quite the surprise — someone vandalized the iconic Hollywood sign so it said "Hollyweed."

The sign has been restored back to its normal spelling, according to KTLA . Authorities took down the tarps that were allegedly used to cover and change the shape of the O's in "Hollywood."

KTLA reported that the surveillance video shows a "lone individual" climbing up Mount Lee between midnight and 2 a.m., scaling the sign using built-in ladders and then hanging tarpaulins over the O's to change them to E's.

Security sensors that trigger a police alert are located on parts of the sign, but can be easily avoided, according to KTLA . A road and foot path lead to the back of the sign, making it easily accessible for pedestrians and drivers.

A LAPD Security Services sergeant told KTLA it could be a New Year's prank or the work of a "thrill seeker."