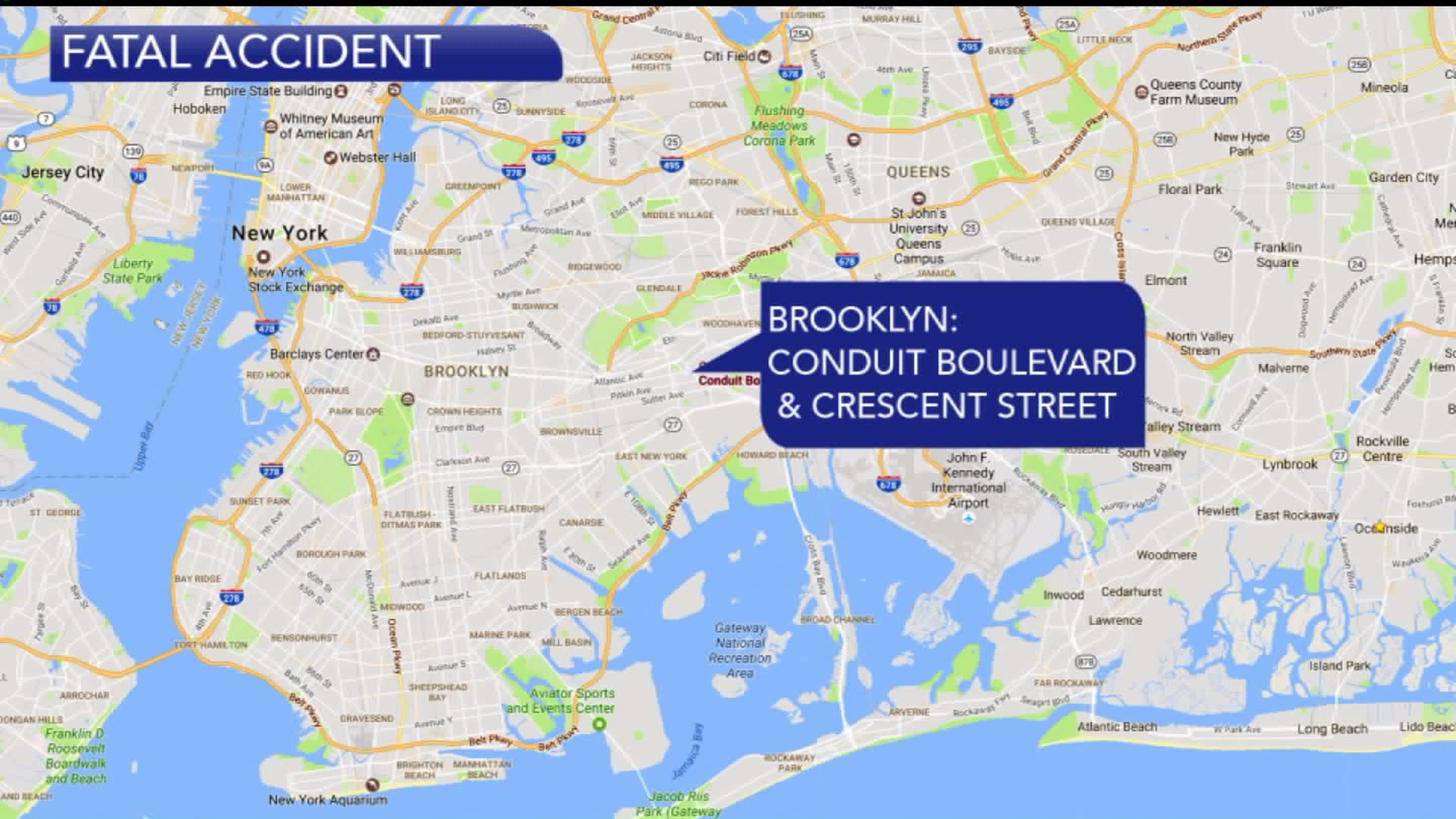 Police are searching for the drivers who killed pedestrians in Queens and Brooklyn and fled the scene.

A pedestrian, 53, was crossing the intersection of Conduit Boulevard and Pine Street just after 5 a.m. when he was struck by a black 2007 Lexus, police said.

The driver of the Lexus then slammed the car into a guardrail, stopped and fled from the vehicle on foot.

The pedestrian was taken to the local hospital where he was pronounced dead, police said.

The man's identity has not been released pending family notification.