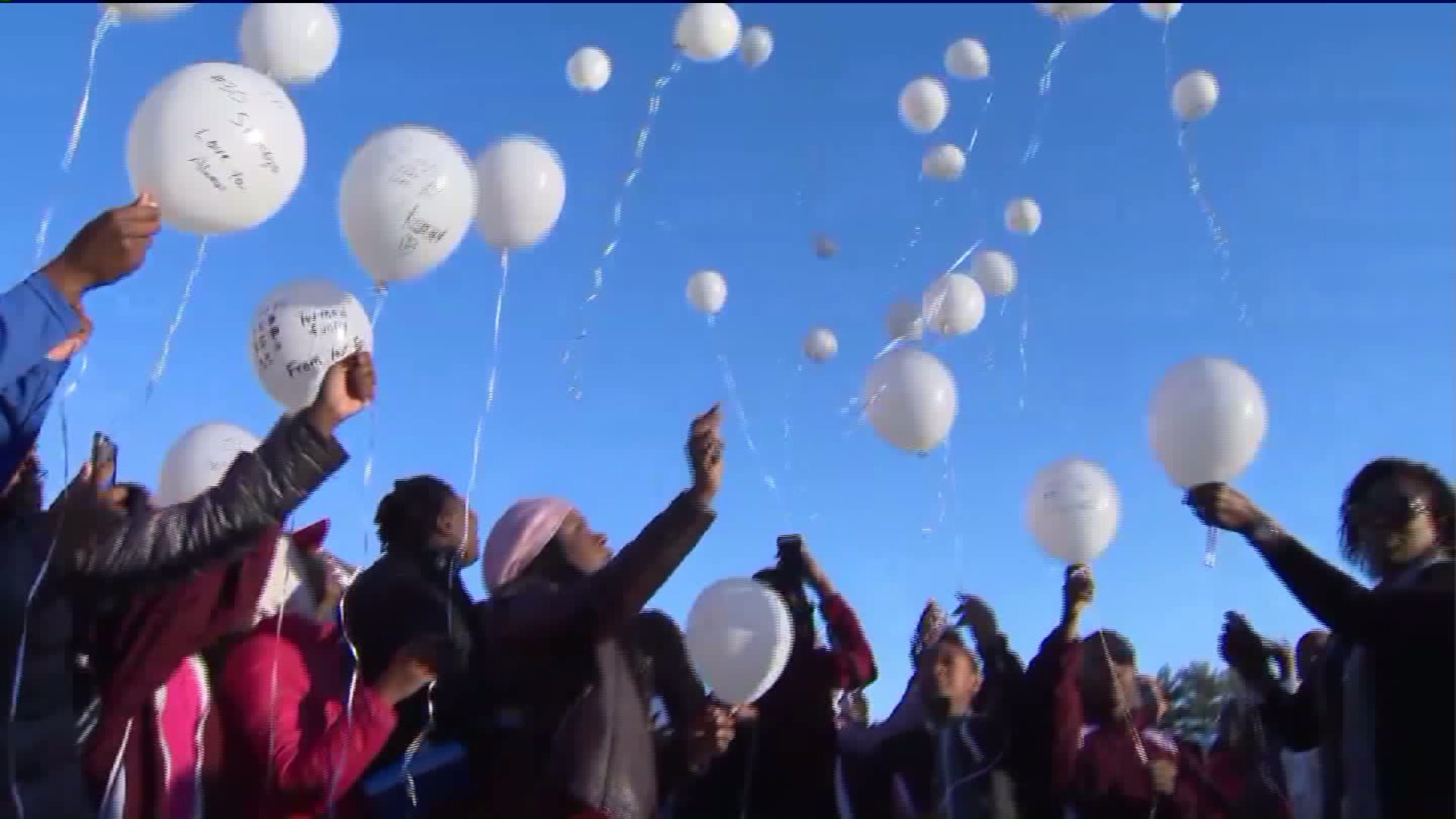 MOUNT VERNON, N.Y. — Mount Vernon police are still hunting for the gunman who took the life of a promising young basketball star who was accidentally caught in crossfire and died on New Year's Eve.

"Oh my God, my angel is gone," Nadine McKenzie, clutching her daughter's teddy bear and a white balloon, told PIX11.

Shamoya McKenzie's mother tried to hold back tears as she talked about her 13-year-old's hopes and dreams, now shattered by a stray bullet.

"Shamoya McKenzie was my one and only daughter," her mother said. "She made the family proud. She wanted to go to UConn and the WNBA. She was looking forward to so much."

Nadine Mckenzie joined her daughter's basketball teammates and friends at Mount Vernon High School for a day of remembrance.

The eighth grader was an innocent bystander, a passenger in a car, shot dead by a bullet that was intended for someone else.

"The investigation is continuing and new information is coming out," Mayor Richard Thomas of Mount Vernon, told PIX11. "As a community, we must come together and be strong for this mother."

Shamoya, over six feet tall in the eighth grade, played on both the boy's junior knights team and the girl's junior varsity high school team and everyone had only the kindest words about this remarkable young woman whose life was taken so tragically.

"She was bright and caring and always had a bright smile," Brendan Sinclair, another 13-year-old, said of his teammate. "She always cheered everyone else up."

Shamoya's coach talked about how she was driven, always striving to do better.

"She wanted to go to UConn for business, basketball was secondary for her," her coach told PIX11.