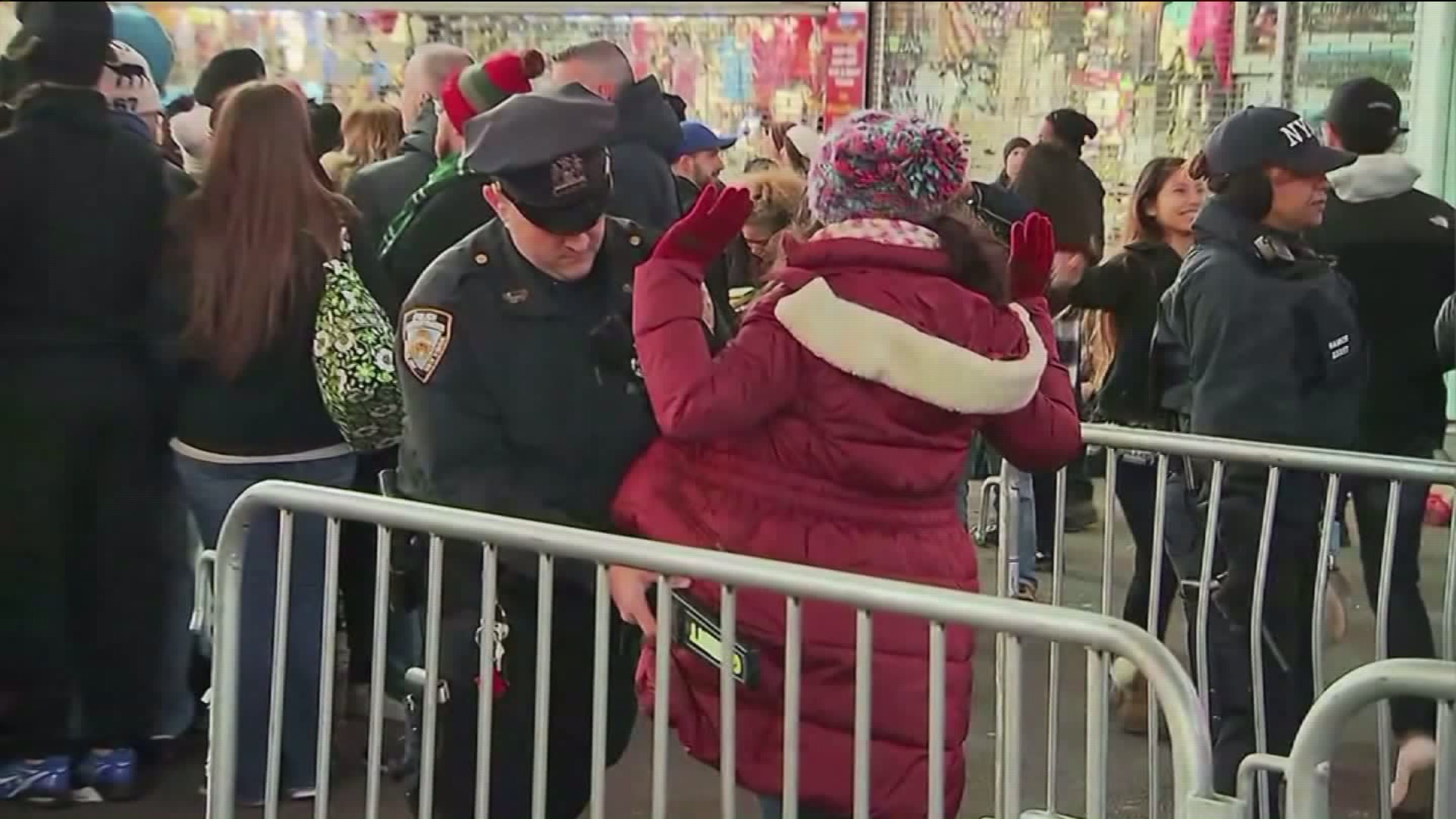 The NYPD has ramped up security in Times Square for New Year`s Eve.

Commissioner James O'Neill says everyone should feel safe, especially in Times Square, where hundreds of thousands of revelers gather to watch the crystal ball drop and ring in 2017.

Police say there were no specific, credible terror threats against the city. But police say they've prepared — including lining the Manhattan streets near the celebration with sanitation trucks filled with sand to prevent any attempts to drive into crowds.

Andy Bui (boy) traveled with his new wife from Adelaide, Australia, to be in Times Square on New Year's Eve for the first time. He says just being in the crowd was getting him excited.