Man, 39, shot and killed after dispute at baby shower inside Brooklyn catering hall 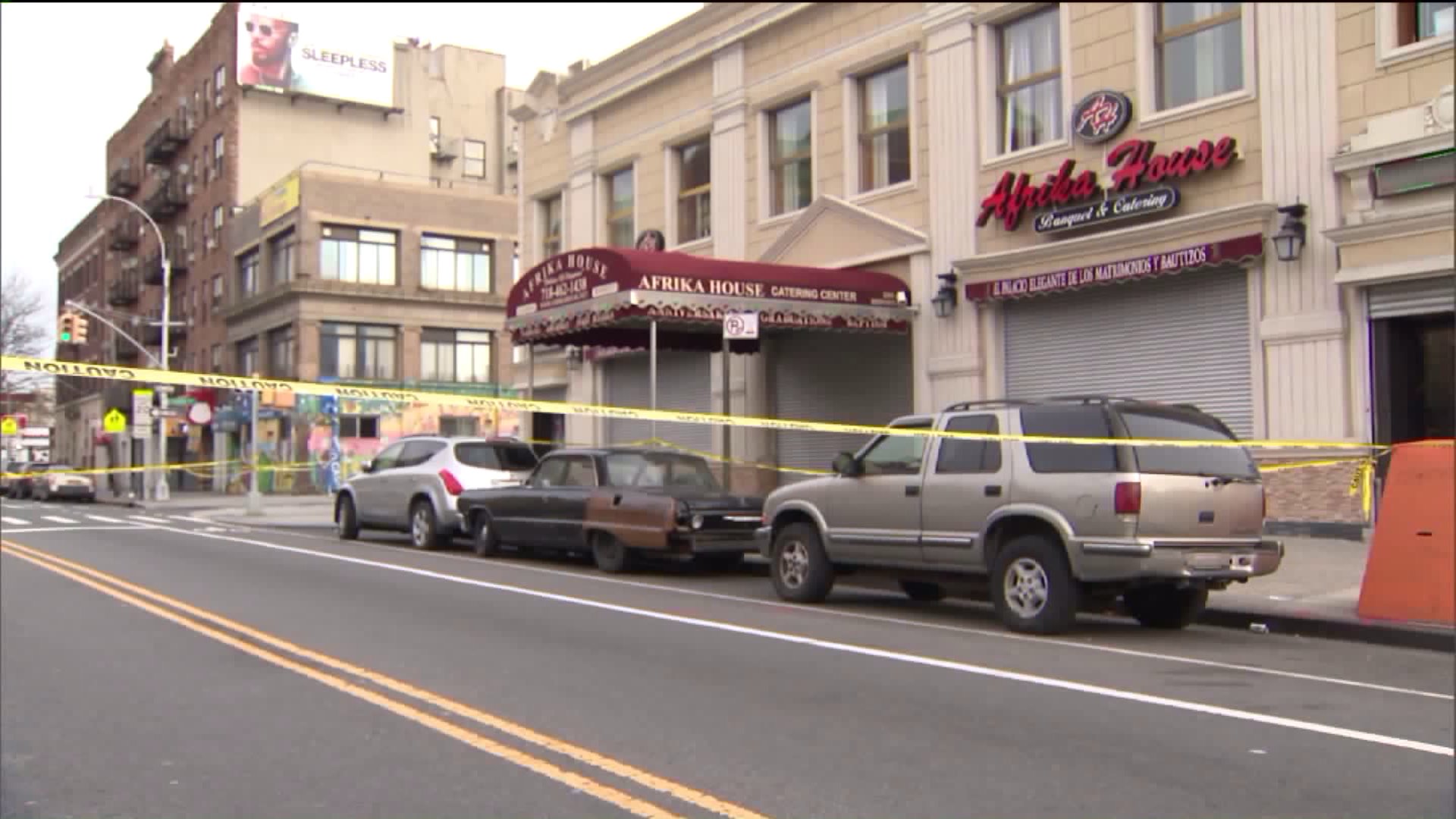 Police are investigating a fatal shooting at a Brooklyn baby shower.

EAST FLATBUSH, Brooklyn –  A 39-year-old man was fatally shot in the head inside a catering hall in Brooklyn overnight, police said.

Police say a man was shot and killed inside Afrika House in Brooklyn. (Google Maps)

Officers responded to a call of a person shot inside 2265 Bedford Ave. around 1 a.m. Saturday, police said. The address is the same for Afrika House Banquet and Catering Hall, a party venue.

When officers arrived they found a man, identified as Hilario Paulin Cortez Vidals, with a gunshot wound to his head, police said. EMS took him to a local hospital where he couldn't be saved.

Investigators found that the victim was shot during a dispute at a baby shower going on at catering hall, police said.

Cops said they're looking for three men who fled following the shooting.