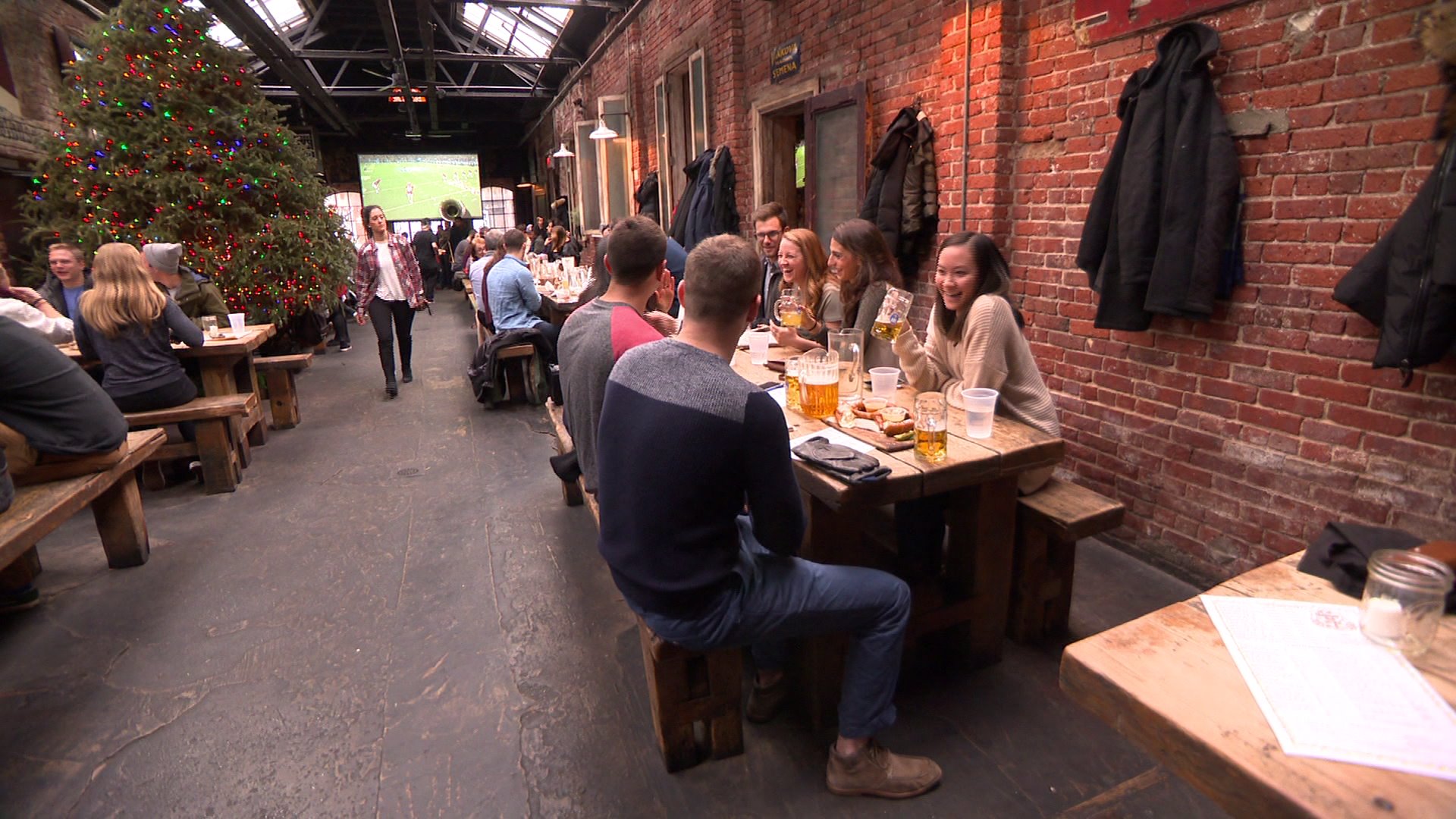 Brooklyn residents found fun right in their backyard to bring in 2017.

WILLIAMSBURG, Brooklyn — On this New Year's Eve, you can enter the calming, soothing world of the Tarot Society on Charles Place in Bushwick.

Amidst the crystals and candles, locally made jewelry and herbal remedies, a $30 Tarot card reading can help you focus on your own personal goals for 2017.

"Something to work on in 2017 is the star," Jax Jackson, Tarot card reader, told PIX11 after doing this reporter's cards. "You may want to try to find inspiration outside of yourself."

The co-founder of the Tarot Society said a Tarot card reading to start a new year is always a good idea.

"Now is the time to see what lies ahead," Kevin Pelrine, co-founder Tarot Society, told PIX11.

The people sipping $5 Manhattans and martinis at the Shanty in Greenpoint wouldn't be caught dead in Times Square on New Year's Eve.

Instead they'd rather catch a classic New York centric flick like "Breakfast at Tiffany's" or go on a free tour of the New York distilling company.

"I don't like to be out on New Year's Eve," Deborah Greenberg, Shanty customer, told PIX11.

"We don't like to do the Times Square thing," Claudette Theuriere," another Shanty customer, told PIX11. "I never have been there."

"If you're an actual New Yorker, I am pretty sure you'd rather hang out at a local bar," Max Boyajian, Shanty manager, told PIX11.

Or how about a family affair listening to the sounds of Big Village Little City at Radegast Hall and Biergarten.

It may be loud but it's not overly crowded like the crossroads of the world.

"We're getting an early start on New Year's Eve because we brought our little ones," Ken Reynolds, a biergarten customer, told PIX11.