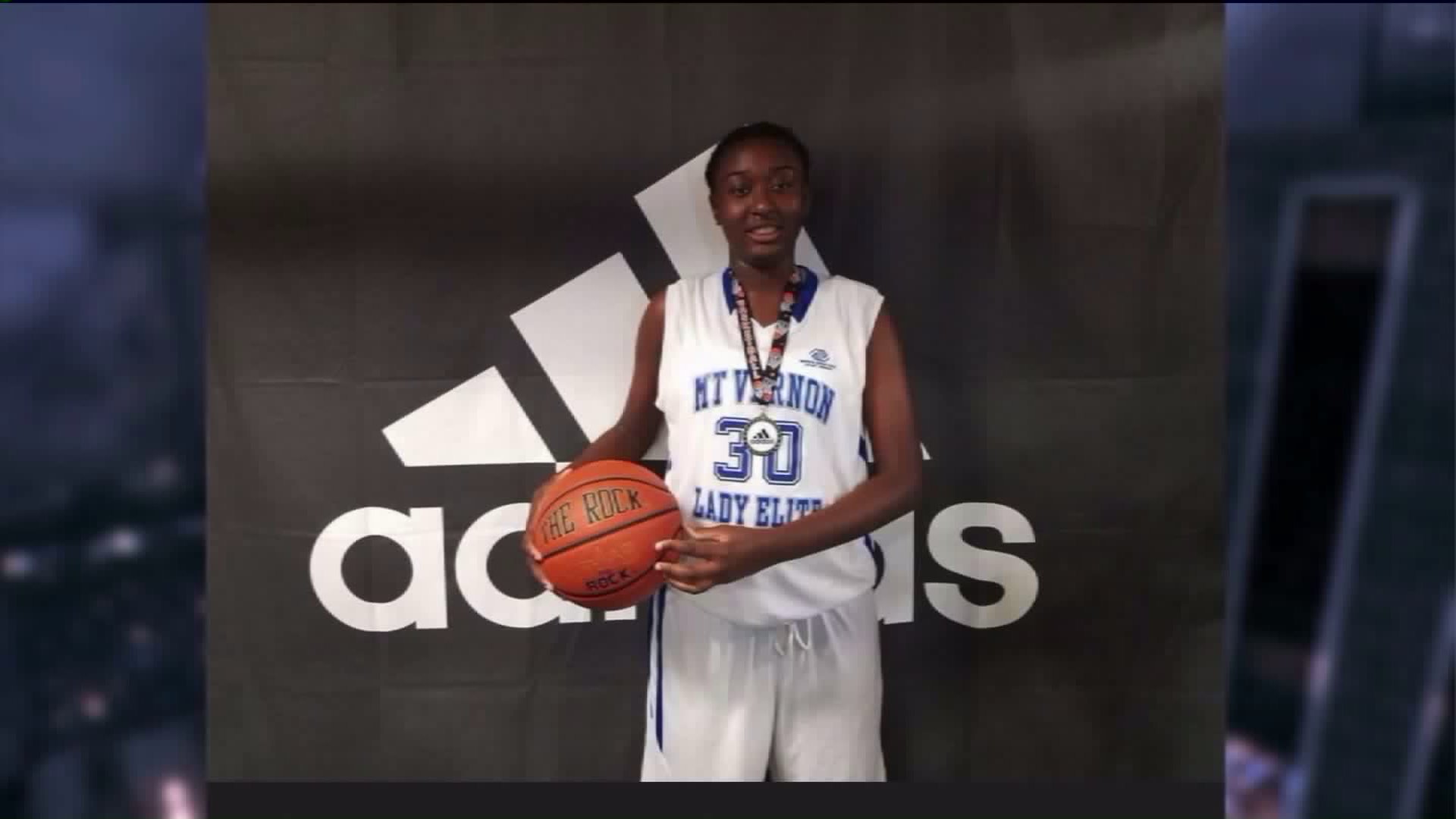 A 13-year-old girl was killed New Year`s Eve in a shooting in Westchester County.

"Today was a tragic situation," Mayor Richard Thomas said at a news conference, "on a day when families are coming together to celebrate the new year."

Shamoya McKenzie, 13, was an innocent bystander hit in the head by a bullet intended for someone else.

The shooting happened around 2:30 p.m. on E. 3rd Street in Mount Vernon.

McKenzie, an eighth grader at the Graham School was a rising star on her school's basketball team. was described as a "beautiful, intelligent young lady who brightened the room with her smile."

"I do not know and pretend to understand God's plan, but I pray that we can all find strength to get through this unimaginable tragedy," read a post to the MVHS Lady Knights Basketball Facebook page.

"She was wise beyond her years. She was 13 and was already being looked at by the University of Connecticut," the mayor said. "She was a rising star."

Her parents are in disbelief, Rev. Hugh Marriott of the Allen Temple AME Church, said at an evening news conference.

Police say a 28-year-old Mount Vernon man was shot in the right arm and is now at another hospital. They did not provide further information about the shooting.

The school's gym will be open to students at 2 p.m., with social workers and grief counselors.