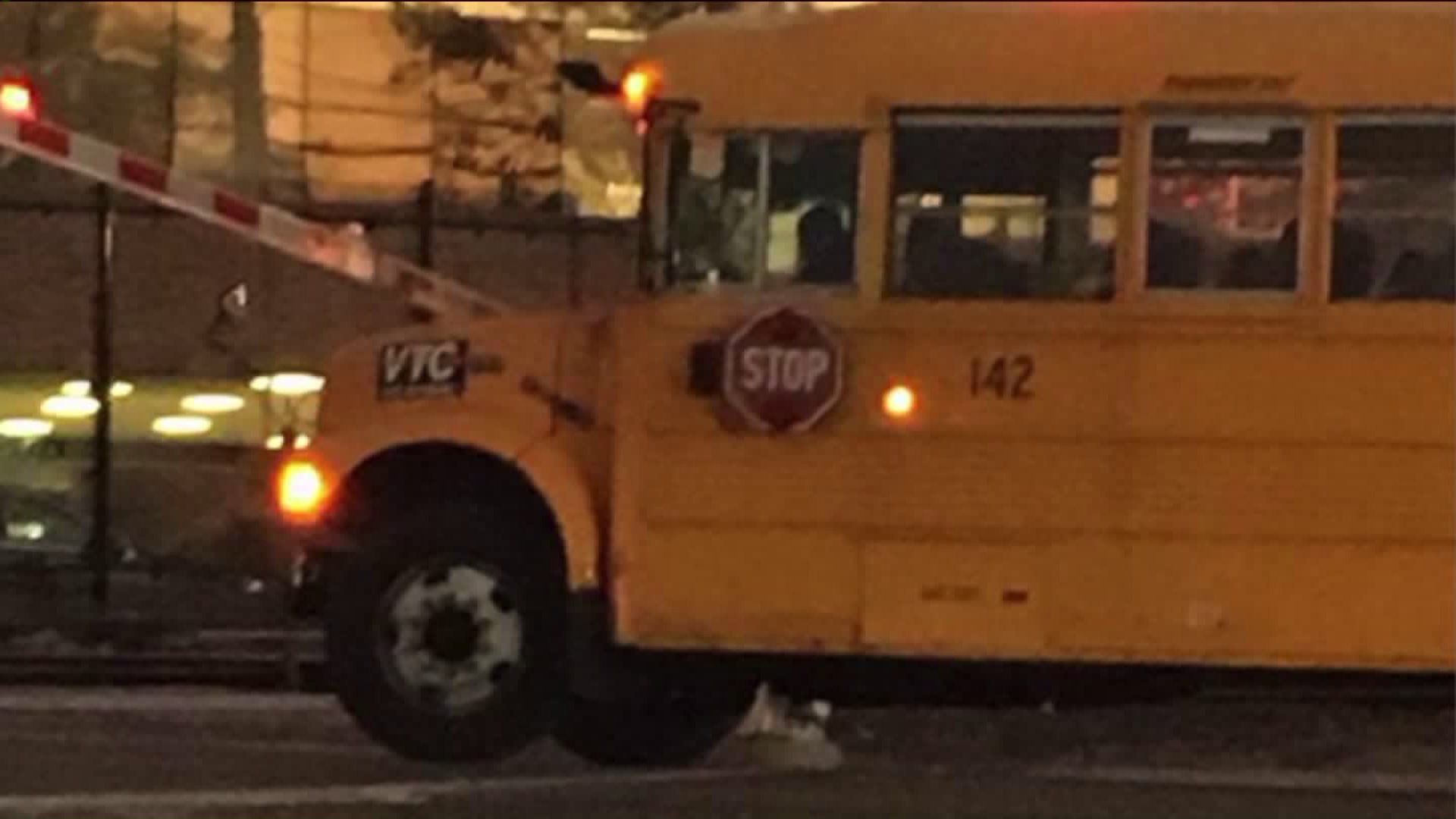 A PIX11 viewer sent photos of a school bus in Hewlett, Long Island caught on the crossing gate right before the train came whizzing by. PIX11`s Arnold Diaz investigates.

HEWLETT, Long Island — School bus safety has been a big topic since the Tennessee school bus crash that killed six in November, and on Long Island a school bus incident a PIX11 viewer captured raises concerns.

The school bus crash in Chattanooga that killed six children in November placed a spotlight on school bus safety. Police said the driver of the bus was speeding, going 50 mph in a 30 mph zone.

Soon after, a PIX11 viewer sent photos of a school bus in Hewlett, Long Island close to the railroad tracks. It was so close that the front of the school bus got caught under the crossing gate right before the train came whizzing by.

“Apparently the driver of the bus tried to beat the railroad crossing , but couldn’t. The train was just inches away from the front of the bus. Please post these pics so that parents can see how much danger their children are potentially in," the viewer wrote in an email.

The bus, which did not have any children on board, belonged to the Veteran’s Transportation Company in Valley Stream.

PIX11 News went to the company’s headquarters and spoke with an employee who did not disclose his name.

“He wasn’t trying to beat it. He was stopped on the line, inching up and then the crossing gate came down on the bus," the employee said when asked about the bus photos sent by the viewer.

"He was doing what he was supposed to do by law, inching up and then the train was coming. He was stopped and then the gate came down," the employee continued.

When asked if he was too close, he said: “He was doing his job , everything he was supposed to do.”

According to New York State law, “the driver of any school us..shall stop not less than fifteen feet from the nearest rail."

The safety director for Veteran’s Transportation said the driver did stop within 15 feet, where the white line is, but then started to roll forward.

“When he heard the bell ringing and saw the gate coming down, he stopped again," the safety director said.

The company insisted the driver was still outside the “danger zone," which is six feet or less from the train.

Nevertheless, the driver was later required to undergo retraining in the railroad crossing procedure. PIX11 News reached out to the nearby school districts that use Veteran’s Transportation’s buses, but there was no comment. What a Shame!