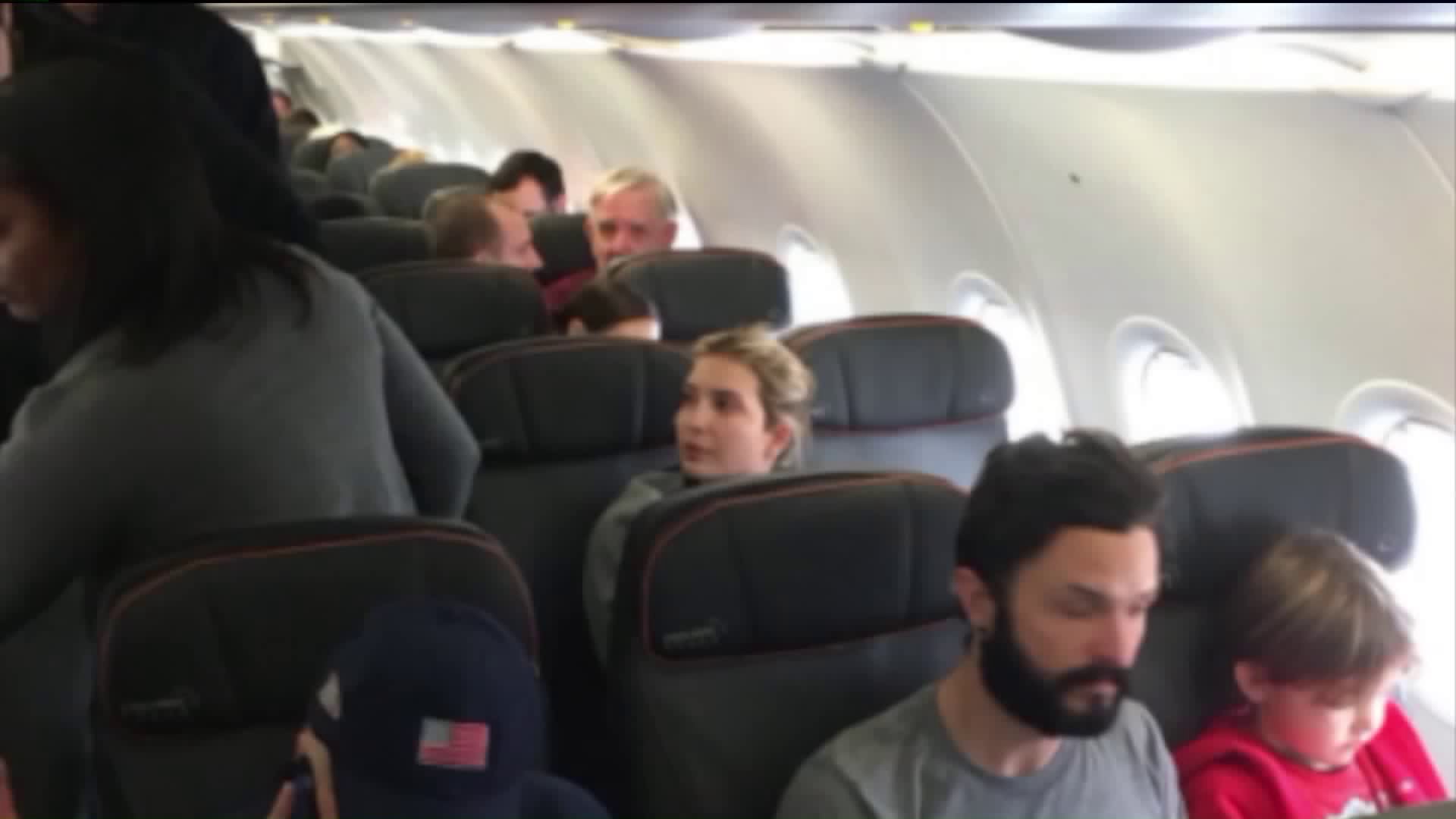 They`ve been seen worldwide getting removed from a JetBlue flight at JFK Airport after having words with Ivanka Trump onboard. Now, a further removal is being sought by tens of thousands of people.

UPPER EAST SIDE, Manhattan  – They've been seen worldwide getting removed from a JetBlue flight at JFK Airport after having words with Ivanka Trump onboard.  Now, a further removal is being sought by tens of thousands of people.

They've signed a petition that's circulating online, calling for the ouster of Matt Lasner, a professor at Hunter College. Lasner posted a photograph of Ivanka, as well as tweets after his husband, Dan Goldstein, made disapproving statements to the president-elect's daughter onboard the flight to Hawaii last week.

The petition was posted on change.org by Brendan Bradley, a college student from Philadelphia.

"I started the petition because so many people were affected by this," said Bradley, in a telephone interview, "[people] who had a lot to say about this."

He said that even though he doesn't attend Hunter College, he feels that almost all liberal arts colleges are becoming less tolerant of conservative views.  The on-board comments by Goldstein to Ms. Trump that were documented by Prof. Lasner prove his point, Bradley told PIX11 News.

"Looking at Mr. Lasner," he continued, even if he "didn't harass Ivanka Trump... he's at least condoning" such behavior.

Bradley's petition grew sevenfold over the course of Wednesday, from 5,000 signatures in the morning to more than 35,000 Wednesday night.

PIX11 tried to contact Prof. Lasner and his husband, Dan Goldstein, at their home. They were not available for comment.

PIX11 was also not able to reach the City University of New York, of which Hunter College is one of its campuses, for comment.