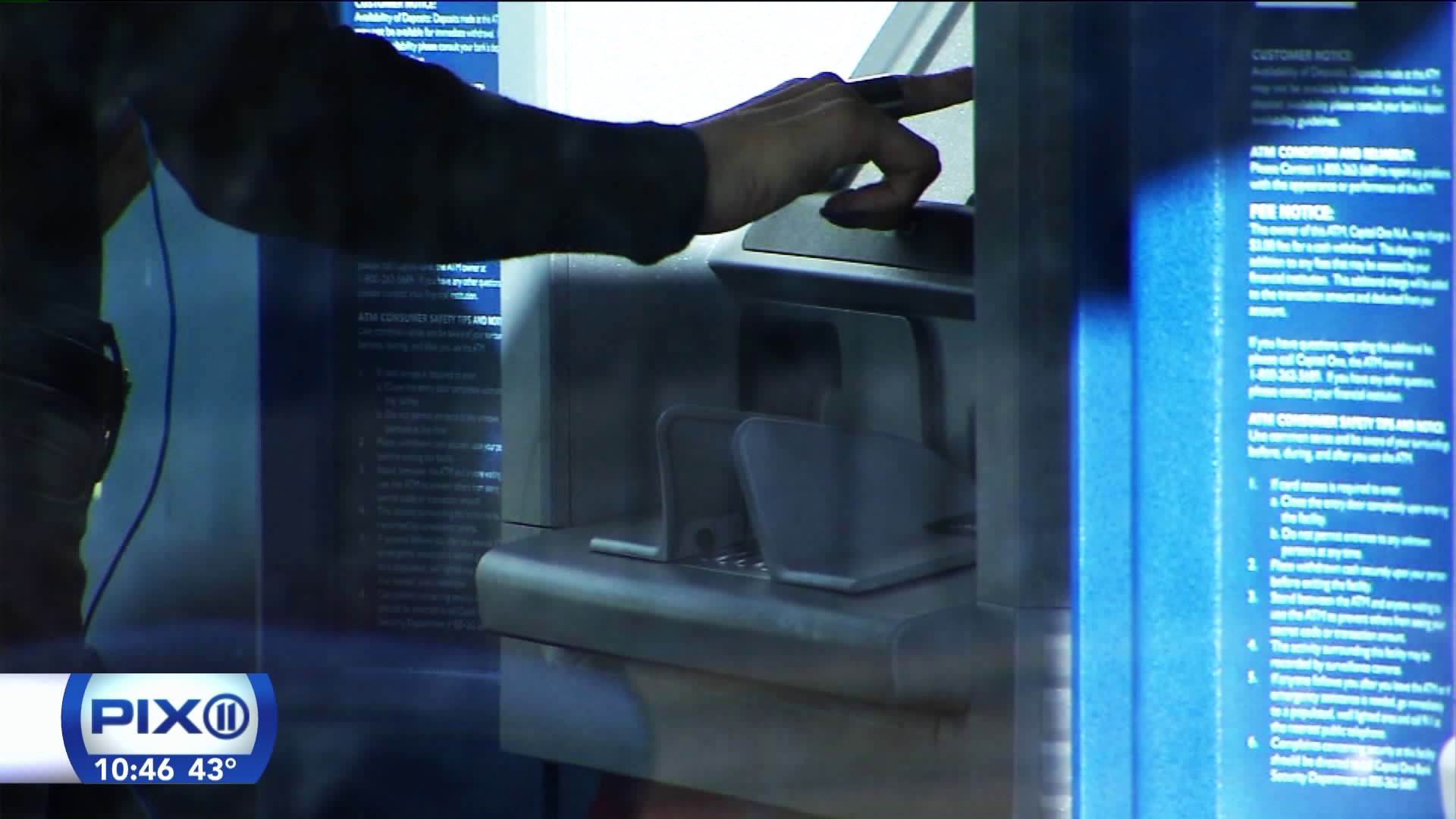 The building is located off Myrtle Avenue, on 69th Street in Queens.

The agents were looking for suspects belonging to a large, ATM “skimming” team.

“It seems that Queens is ‘Ground Zero’ for this type of operation,” said an undercover who just gave PIX11 his first name, Tom.

Tom was part of the federal raid that hauled in 11 suspects, including the accused ringleader, Bogdan Rusu, who was arrested during a car stop.

Even though most of the men were busted in Queens, from the southwestern part of the borough all the way to the northeast, in Bayside, the crimes they’re accused of targeted bank customers in New Jersey — and even Massachusetts.

They were charged in Newark’s U.S. federal court with capturing bank account information and personal data from 4,350 customers in the Garden State, mostly at branches of Bank of America and PNC Bank.

They allegedly used pinhole cameras and electronic devices that could record information on the magnetic stripe of credit and debit cards. They then created fake bank cards and swiped more than $400,000 out of bank accounts in New Jersey alone.

“It could take as little as five minutes to set the machine up and have it be active,” said Terence S. Opiola, Special Agent in Charge of Homeland Security Investigations in Newark. “They’re in and out,” Opiola added.

Many of the suspects doing the ATM skimming are from Romania.

“I know that in Romania there are a lot of technical schools,” the undercover agent, Tom, said. ”To run this kind of operation, you do need to have some kind of technical background, to build the devices.”

The feds said Bogdan Viorel Rusu, 36—who was living in Howard Beach, Queens—was the head of the organization, the brains—who recruited members of the skimming ring.

Special Agent Opiola pointed out that carpenters and machinists are very useful for these operations, since they can quickly install phony ATM panels and keypads and overlays, where customers slip in their cards.
“These guys are very skilled craftsmen,” Opiola said.

ATM bank card skimming is a national problem, and outside the tri-state area, it’s happening with disturbing frequency in Florida, California, Texas and Illinois.

‘They’re trans-national criminal organizations,” Special Agent Opiola said about the groups. “These organizations do move around a lot. They move from state to state, if they have to.”

The agents who chase the skimmers belong to the Immigration and Customs Enforcement division of Homeland Security Investigations, known as ICE.

One of the residents living at Dosdick Court, where two men were arrested, is an immigrant from Poland.

She gave her first name, Agnes, and told PIX11 she doesn’t use bank cards to retrieve money from ATMs.

But for millions of people around the country, ATMs have become a necessary part of everyday life—especially if you’re in a fix and need cash.

Homeland Security agents advise ATM users to check the “overlay” where they slide their card, to make sure it’s not loose.

It is also helpful, from a security standpoint, to cover the keypad when you’re striking your pin number on the pad.

And Special Agent Opiola said customers should notify their bank, as soon as they realize money is missing from their accounts.

Knowing the approximate time and date when they made their last visit to the ATM can help security teams in the bank track down surveillance much faster.

“I think the banks are sometimes overwhelmed,” Special Agent Opiola said. “There are so many transactions that take place at an ATM.”