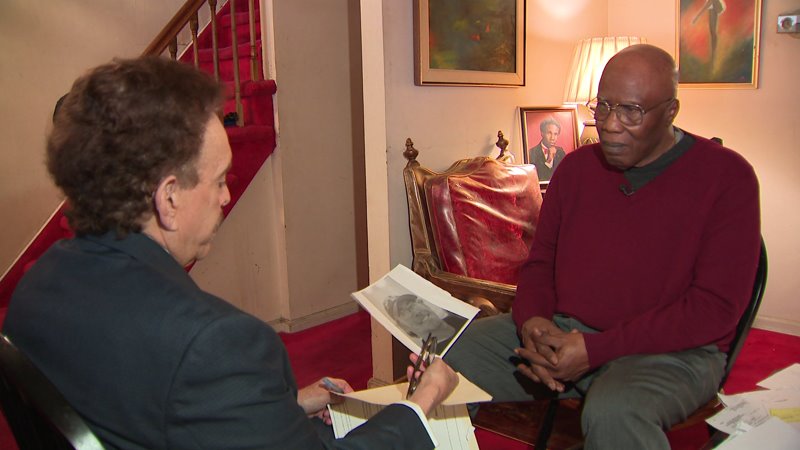 Mr. Halls sued the hospital and doctor for wrongful death and last year was awarded $1.2 million. His attorney, Louis Uvino, was supposed to send him $744,000 but the lawyer strung him along for more than a year. Halls Sr. finally received the settlement checks two months ago. However, there was a problem.

FLORAL PARK, the Bronx – Every day for the past seven years Andre Halls Sr. has visited his son’s grave.  Andre Halls Jr. died at Montefiore Hospital in the Bronx from a blood clot following surgery.

“You have no idea how much I love my son, my son was my life!" Andre Halls Sr. said. "And I want what’s due to him. He died for that."

Mr. Halls sued the hospital and doctor for wrongful death and last year was awarded $1.2 million. His attorney, Louis Uvino, was supposed to send him $744,000 but the lawyer strung him along for more than a year. Halls Sr. finally received the settlement checks two months ago. However, there was a problem.

"He never told me he was disbarred," Halls Sr. said.

Not surprisingly, the settlement checks from Uvino bounced.  The bank told Halls the account had been closed for months, nearly a year.

"I was just astounded that he would do something like that," Halls Sr. said. "Like how are you going to take my son’s money that he died for and feather your nest?"

Uvino is nowhere to be found.  His letterhead lists 270 Jericho Turnpike in Floral Park as his office address.

“I called his office but the office has been closed and the number disconnected," Halls Sr. said.

PIX11's Arnold Diaz went to the address Mr. Univo put on the envelope containing this bad checks. But it doesn’t look like anybody is here. It’s a private home in Floral Park. No one answered the door.  Diaz spoke with one of the neighbors.

“He skipped town I guess," the neighbor said.

Halls say he’s spoken with investigators from Bronx D.A and the Queens D.A.’s office. PIX11 called both.  Neither would comment.

"I want him locked up and I want my money from him. All of it!" he exclaimed.

Halls has also applied to the New York’s Lawyers fund for Client Protection.

“[Our purpose is] to reimburse clients who have been stolen from by their lawyer, ? Eric Seiff, Chairman, explained. “We just raised the ceiling to $400,000 this past year for how much a client could potentially collect."

In the meantime the search goes on for Louis Uvino, a former attorney without a conscience.

“I lost everything. I lost my child. What did he lose? He lost his license for stealing," Halls Sr. said.