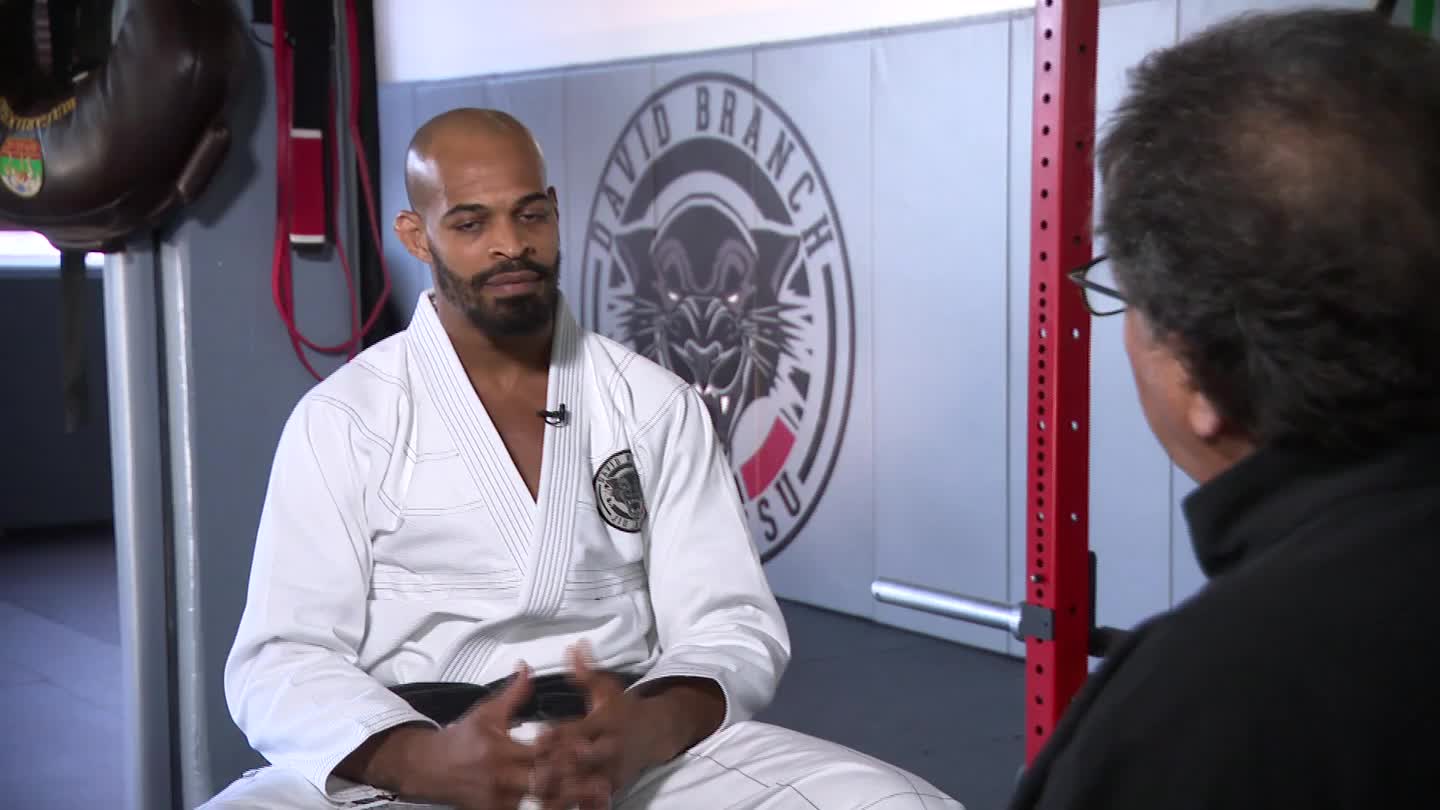 Confident is an understatement when it comes to David Branch.

“I’m gonna do what I always do, go out there and win”

Confident is an understatement when it comes to David Branch.

“Here comes the executioner!" he said. "I feel like they’re giving me a lamb and they’re saying how long will it take for the champ to dismantle this guy.”

He’s preparing for his next MMA matchup on New Year’s Eve, competing in the world series of fighting at Madison Square Garden.

“I do a full profile on my guys and I have enough information on him now where when we step in the cage his chances of winning have drastically plummeted,” Branch explained.

The defending middleweight and light heavyweight champion has been fighting his whole life--- growing up in the South Bronx.

Branch was raised by a single mother along with his siblings and was exposed to more than most kids.

“My mom was highly educated, just the stuff that was around her during that time, you know the drugs were a fad and it’s easy to get caught up in that sort of thing,” he explained.

it was from her though, that he learned a lot about life.

“My mother was a very strict woman and spankings were plentiful,” he smirked. “What was the life lesson she was trying to deliver?" I asked. "She taught me the seriousness of the decisions that I make."

As a teen, this New Yorker fell into some bad habits, getting into legal trouble. but he fought his way out of that too.

“Then I moved up into the construction business and I said I don’t want to do any illegal activity anymore so I just started gutting out brownstones,” he said.  “Later on, I went into the Iron Worker union and was a mechanic for about five years in Local 580.”

One night his path changed after buying an old tape of a UFC fight.

“I looked at my brother and said I want to do this,” Branch said.

Branch trained for years in karate and jiu jitsu before going pro in 2007. He’s currently 19-3 and is the only person to simultaneously hold and defend two belts in different divisions in a major MMA promotion. Now he’s bringing his skills to students, opening David Branch Jiu Jitsu Academy in Hoboken, NJ.

“What we’re doing now is the women’s empowerment program and getting more women to come in and train,” he explained. “And starting in the new year, we’re going to be launching a kids program."

It's also been a way for this father of two to bond with his daughter, truly showing the power of the progress David Branch has made in his life.

David Branch takes on Louis Taylor at MSG on New Year's Eve as part of the main event starting at 2:30pm.