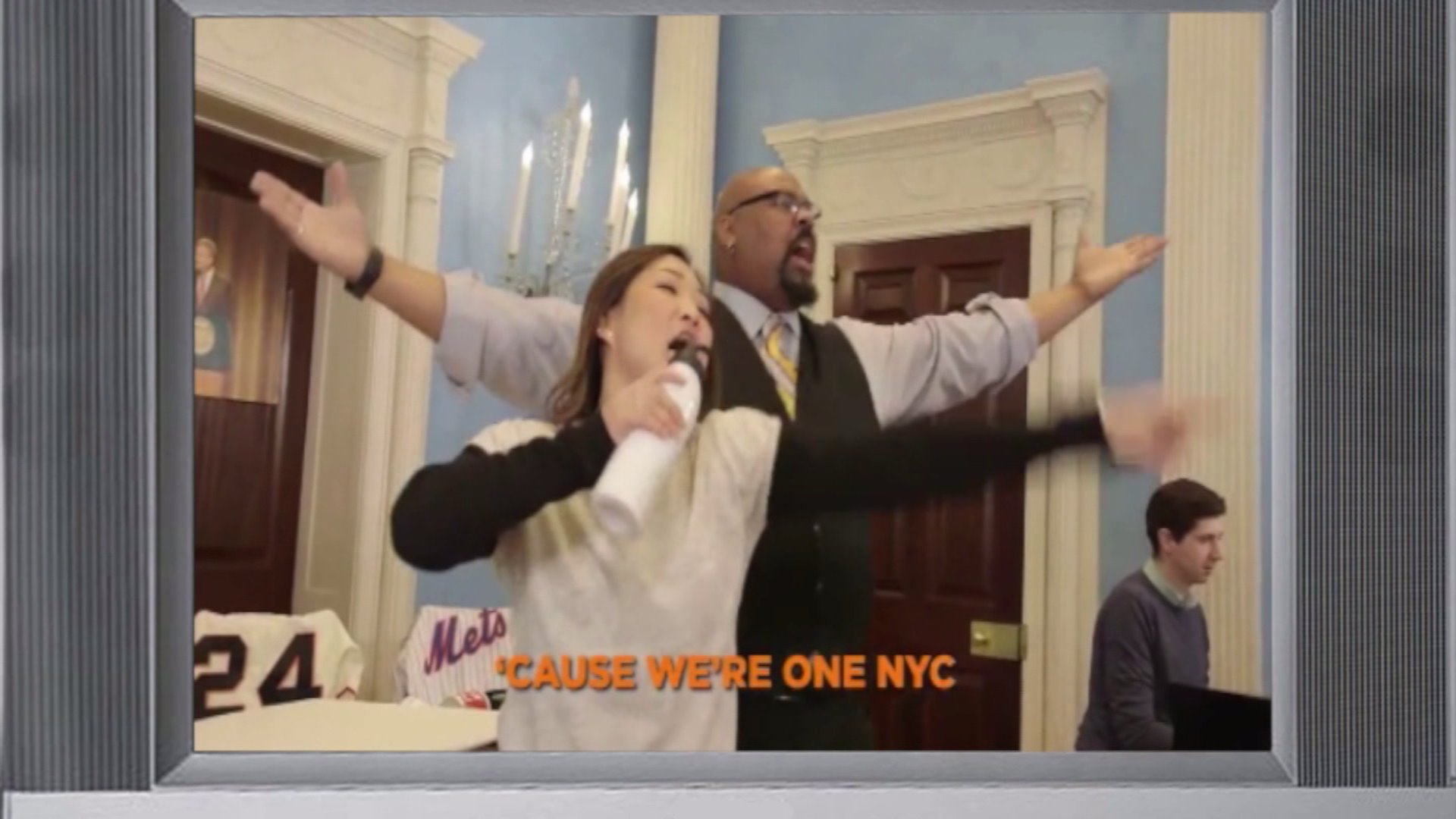 NEW YORK — It's that time of year to look back and look ahead.

The team had been working on a song about some of the highlights from this year. When they sing it for the mayor, he likes it but then calls it "over the top."

The Mayor and his city media team have been posting more social media videos recently.

Campaign laws address city funding for political ads and some election watchers have already questioned how these videos will be considered.

The Mayor's office has said they are communicating in this new digital age.