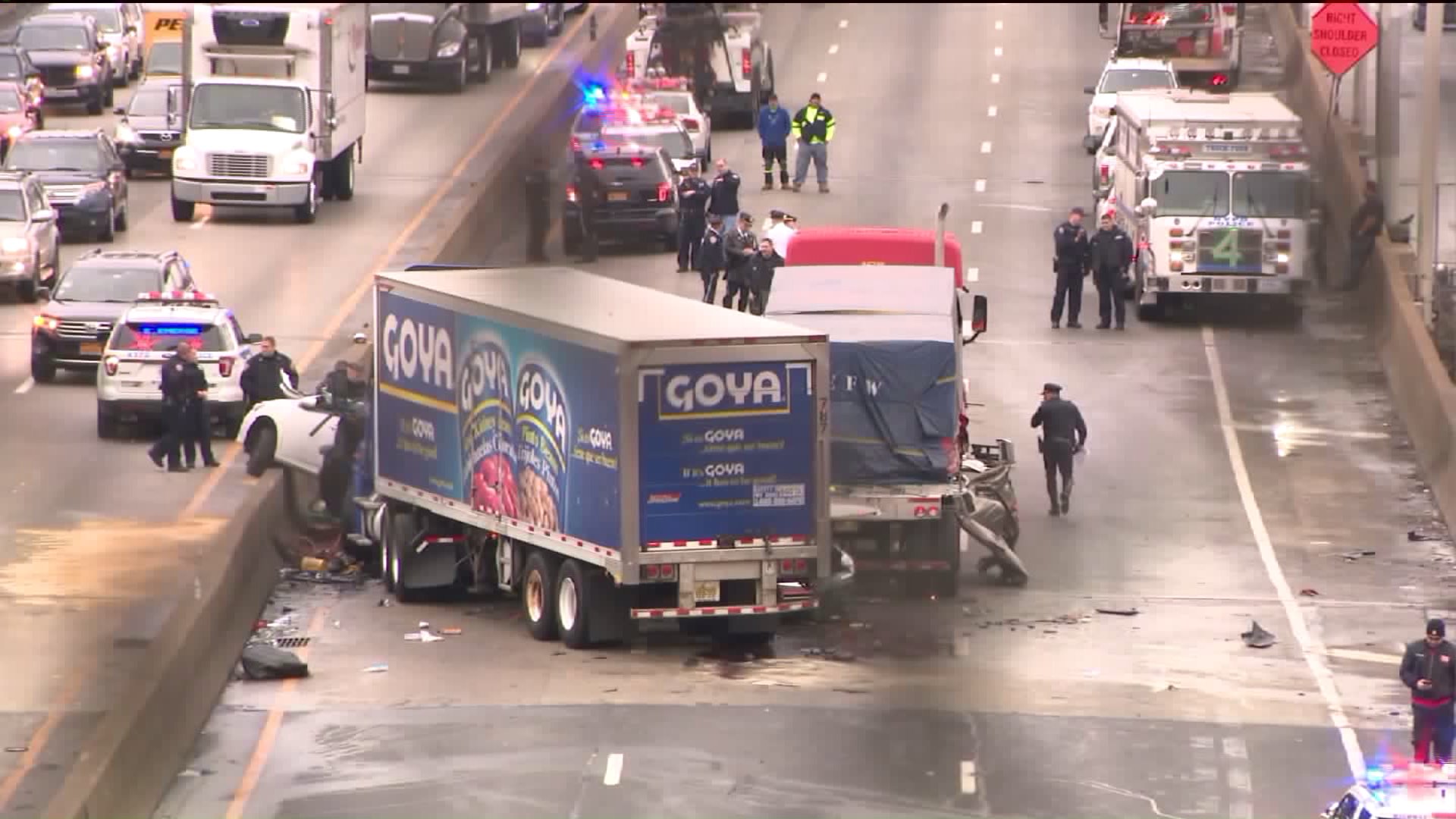 Three people were killed and three others injured in a multi-vehicle crash in the Bronx.

MOUNT EDEN, the Bronx — A father and son were among three men killed in a multivehicle crash on the Cross Bronx Expressway that prompted lane closures and heavy delays during rush-hour Tuesday morning.

Two tractor-trailers, a sedan and pickup were involved in the crash near Jerome Avenue around 6 a.m., police said.

Three men died and two people sustained minor injuries in the crash, according to the NYPD.

Two of the men were identified 51-year-old Henry Walker of Livingston, N.J. and 21-year-old Khalil J. Walker of Tobbyhanna, Pa. A family member posted to Facebook:

Today heaven gained two more angels. My brother Hank and my nephew Khalil. I am heartbroken. My heart is with the Walker-Wade family. I'm completely speechless and I hurt beyond what any words could ever convey. RIP Hank and Khalil.

Then men were father and son, according to NJ.com .

The identity of the third man, a 58 year-old, is pending family notification.

All eastbound lanes were closed during the investigation, and traffic was snarled in both directions.