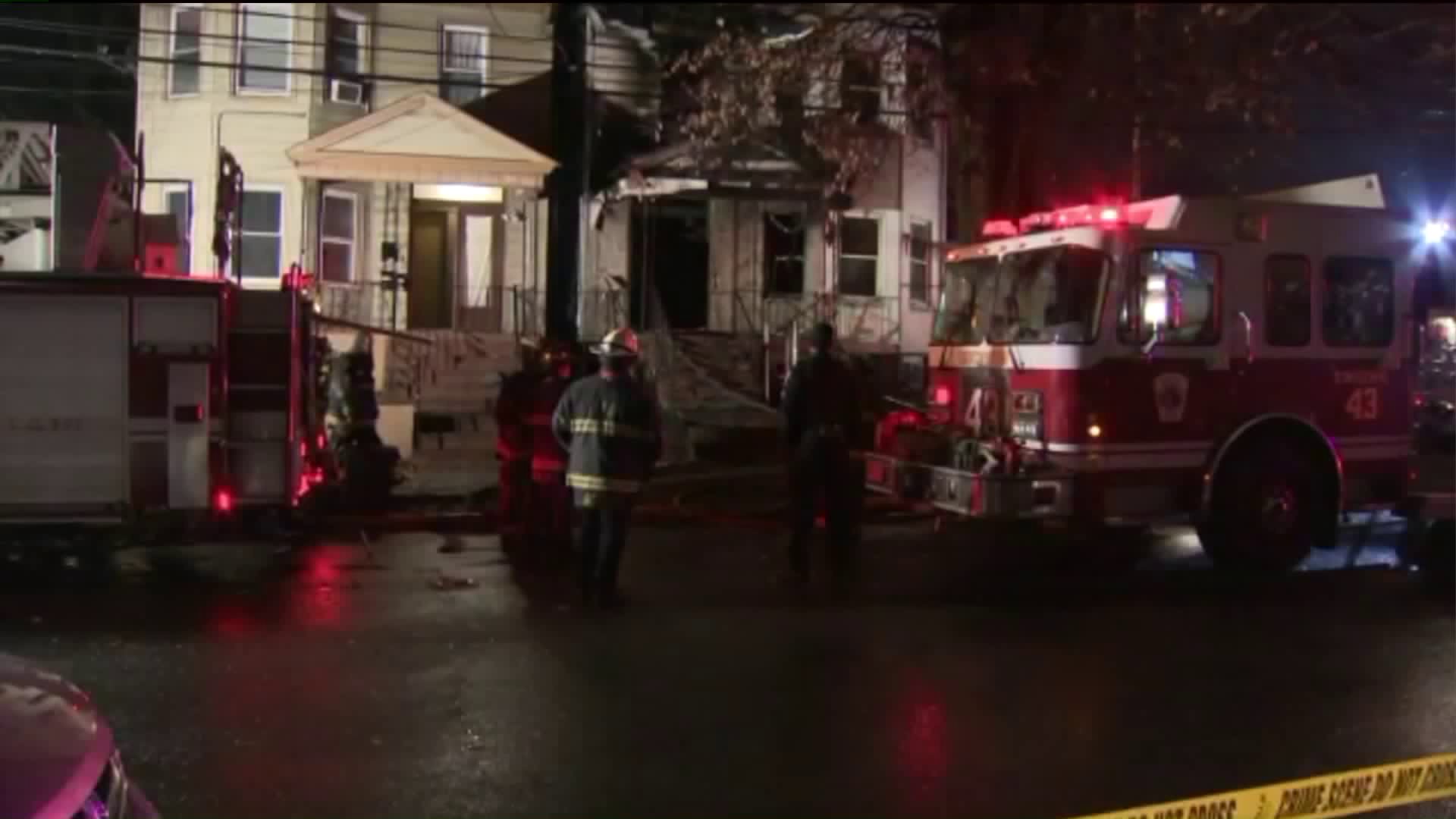 IRVINGTON, N.J. — A man was found dead in the charred remains of a New Jersey home Tuesday after firefighters put out a blaze, authorities said.

The fire began shortly before 11 p.m. Monday at a private home on 40th Street  and was extinguished early Tuesday.

Firefighters discovered a body on the third floor after extinguishing the flames that ravaged the 2 1/2-story house.

The victim was so badly burned that he has not been identified as of Tuesday morning, according to the Essex County Prosecutor's Office. He is described only as a man believed to have been in his 60s.

Four other adults escaped the home unharmed, the prosecutor's office said. No firefighters were hurt in the blaze.