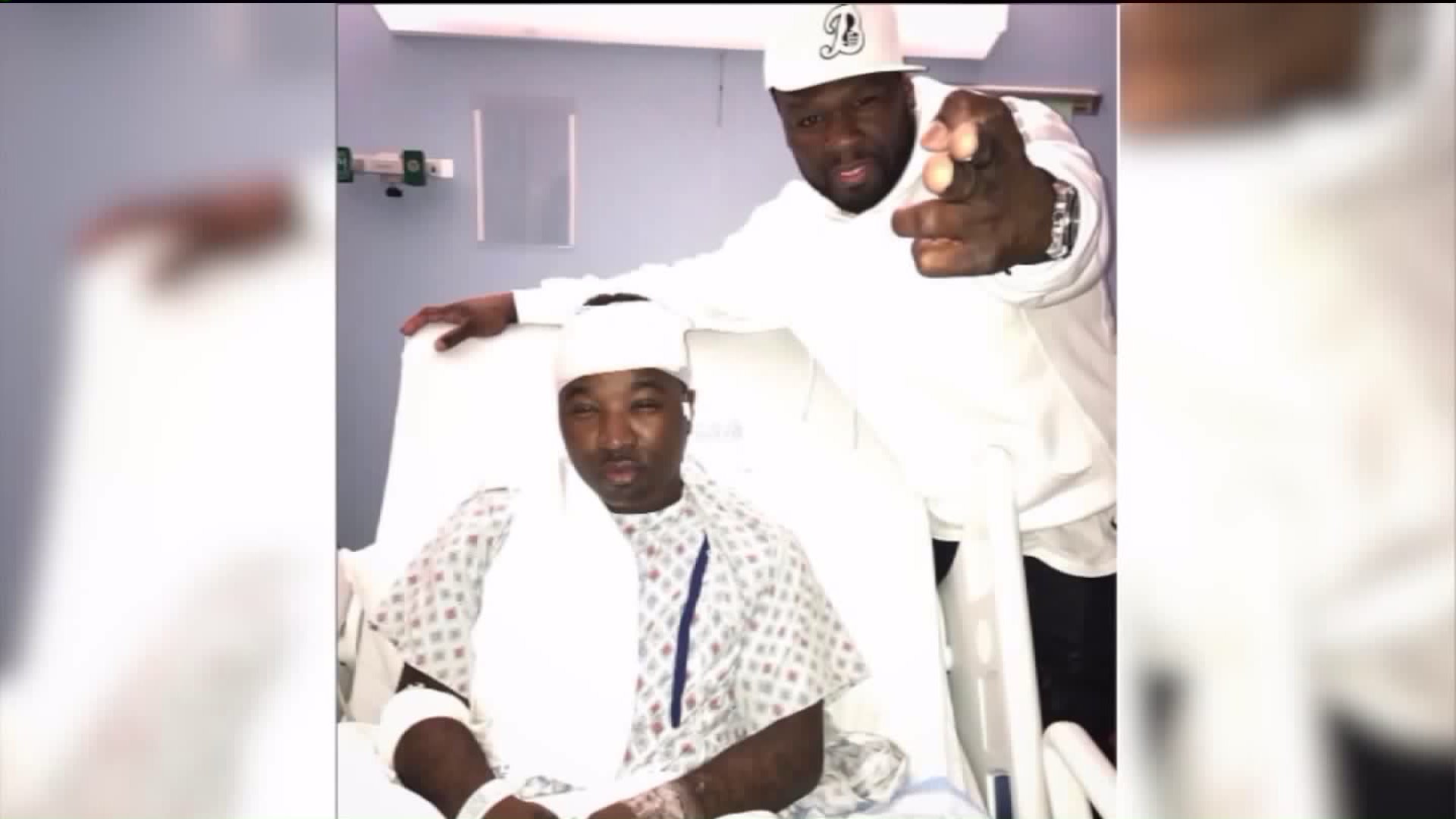 Just 24 hours after he was shot while sitting at a red light, Troy Ave is home.

BROWNSVILLE, Brooklyn — Rapper Troy Ave is lucky to be alive after a Christmas day shooting that could've taken his life, his lawyer said.

Born Roland Collins, the 31-year-old who was also involved in a shooting at Irving Plaza in May is expected to be released from the hospital Monday evening, his lawyer said.

Collins was in his red Maserati at a stop light in Brownsville, Brooklyn, on Sunday when a man walked up to the driver's side and opened fire, grazing Collins' head and shooting him in the shoulder.

A passerby took him to the hospital.

"Bullets causing each wound remain inside him and doctors have elected to not attempt removal at this time. The bullet that entered his shoulder is actually lodged in his back," Stella said in a statement.

"A CT scan showed that Troy came within millimeters of a spinal cord injury. The bullet lodged in his head did not penetrate his skull, and miraculously did not cause a life threatening injury."

The shooting comes eight months after Collins was involved in a shootout at Irving Plaza in which his bodyguard and friend Ronald McPhatter was killed.

Collins was shot in the leg and has been charged with attempted murder in the case. Lawyers and friends said he fired someone else's weapon that night in self defense. He is out on $500,000 bail in that shooting.

McPhatter's brother, Shanduke McPhatter, visited Collins at the hospital Monday. He said the rapper is grateful "that he's still here" and for the support from fans.

"If he's been shot twice in a year, you know, we don't want people looking at it as an opportunity to speak iff of anybody or make assumptions," McPhatter said.

Collins' lawyer said he wouldn't be surprised if the Irving Plaza and Brownsville shootings were connected, but NYPD has not released any information on that theory.

Police said they do not have a description of the culprit at this time. Collins' lawyer said the rapper did not get a good look at the shooter.