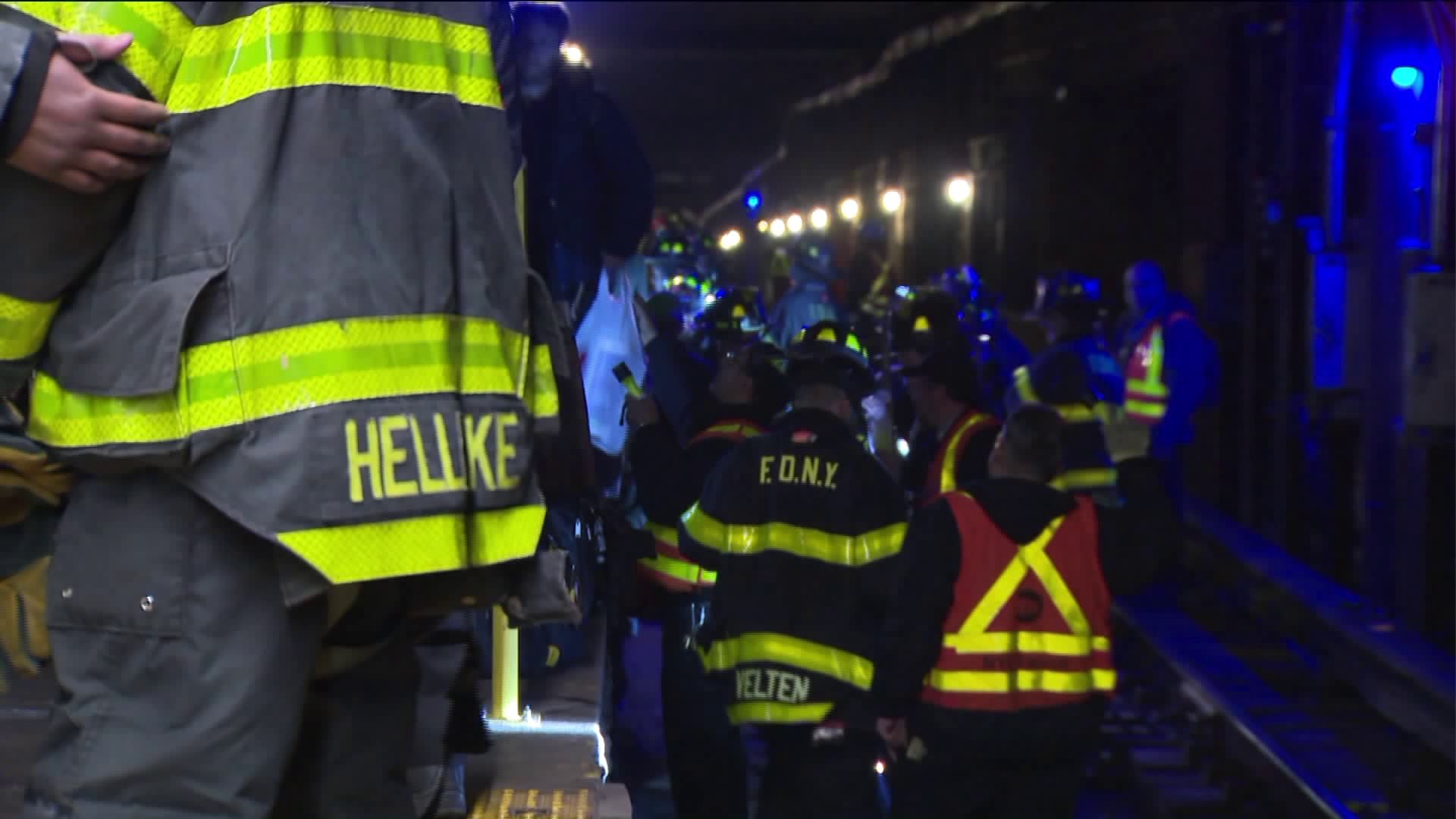 A power shutdown in midtown Manhattan is prompting service changes to several subway lines. The shutdown was caused by an electrical fire inside a MTA sub-station.

MANHATTAN – Hundreds of straphangers were evacuated from stalled trains after a fire shut down power to multiple subway lines in midtown Manhattan, authorities said.

The power problem disrupted service on several subway lines from Manhattan into Brooklyn and Queens for hours.

Because of an electrical fire at 126 W. 53rd St., the MTA turned the power off on multiple midtown subway lines along Seventh Avenue.

By 10:30 a.m., service had resumed on all lines but the MTA warned of residual delays.

A straphanger with her child walk out of a subway tunnel after an electrical fire spurred a shutdown of several subway lines in midtown Manhattan. (Photo: PIX11)