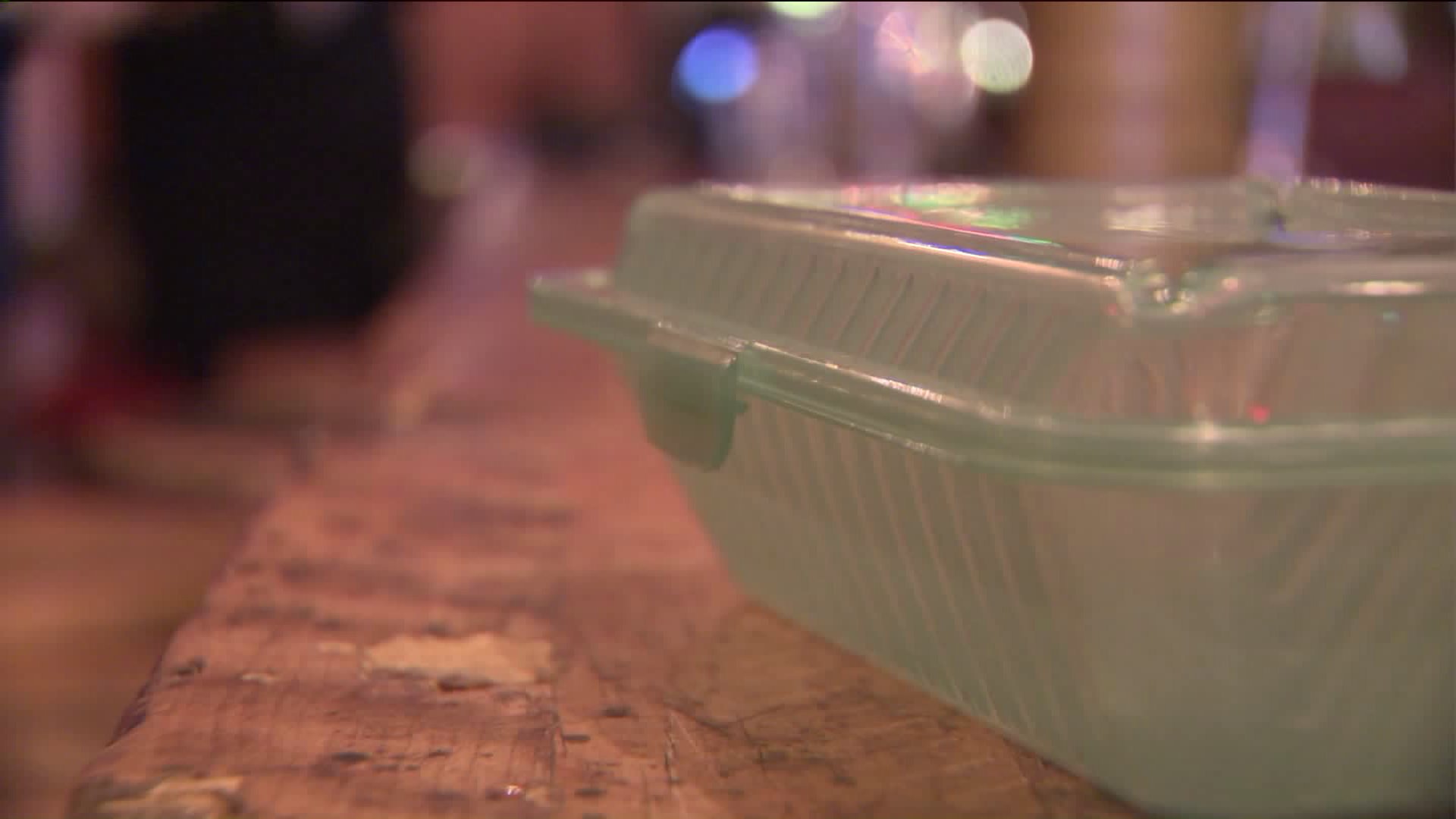 A Greenpoint restaurant is looking to reduce their carbon footprint.

GREENPOINT, Brooklyn — A Brooklyn restaurant is looking to make their take-out meals a little more eco-friendly.

Anella in Greenpoint launched a five-month pilot program for customers to use reusable containers.

People who sign up will get a discount on their next meal.

The seven-year-old restaurant has been offering the shareware program using light green reusable containers since Dec. 8.

To participate, ecologically minded diners sign up for Shareware on the Neighbors Allied for Good Growth website. When they order using GrubHub, Seamless or Caviar, they tell the restaurant they're part of Shareware.

"We spent the last six weeks working out some kinks and getting some of the containers into the restaurant," former Anella chef said.

After delivery customers have eaten, they return the green container to the restaurant to get a 10 percent coupon for in-restaurant dining.

"When you're done, you bring it back then we re-wash it," Anella general manager Edgar Guerrero said. "They're useable and they are lovely. And they will reduce waste quite a bit.

For people who like their food delivered to them, it means a little more work. They'll have to walk back to the restaurant with the containers, but it's helping the environment.

"I work at a restaurant, too, in the city and maybe it will spread there," Scott Dansby, another customer, told PIX11.

It is in just two restaurants now but organizers are hoping it's an idea whose time has come.