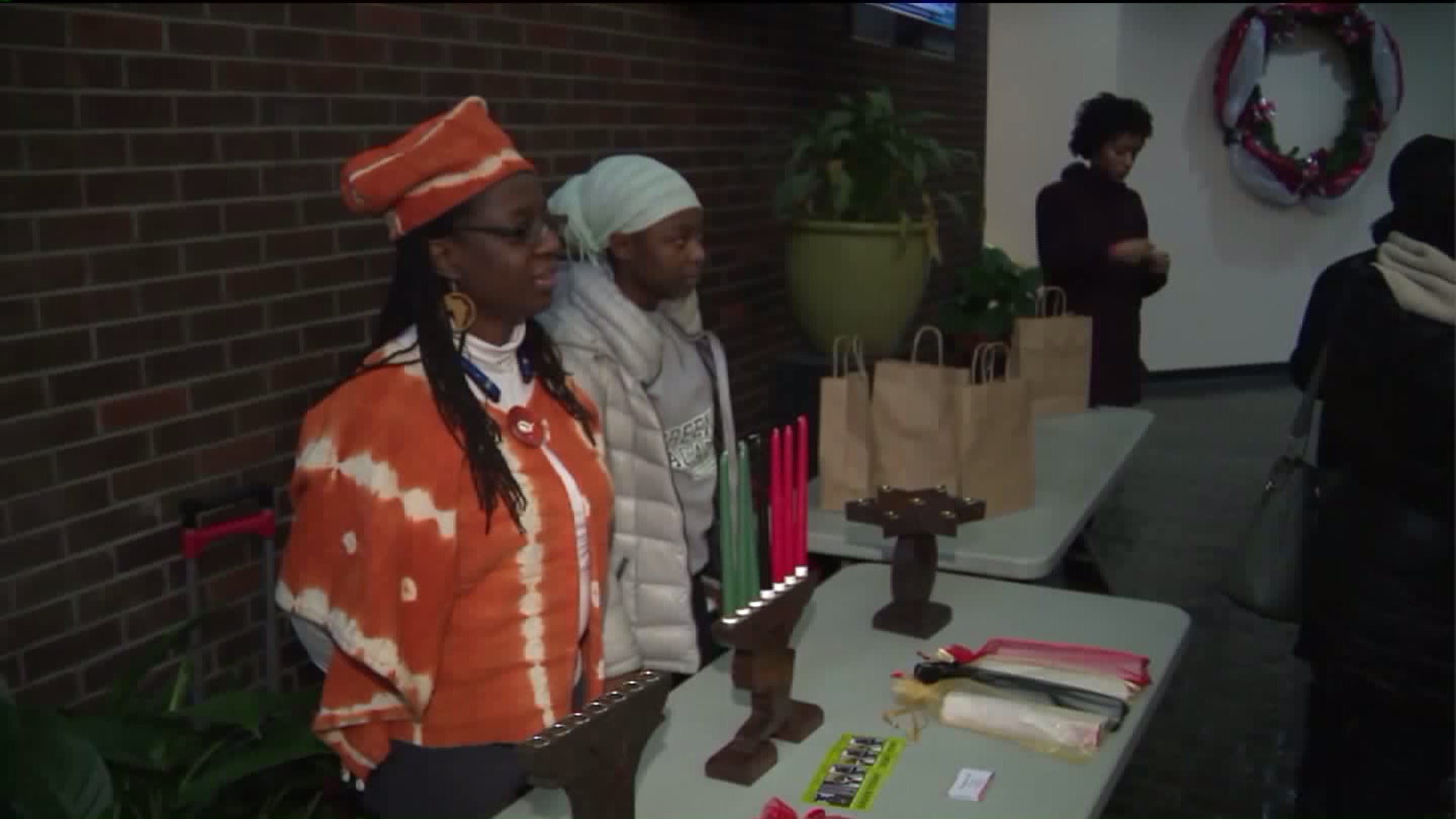 Brooklyn businesses are celebrating the creativity and culture of the African American community for Kwanzaa.

BEDFORD-STUYVESANT, Brooklyn — Kwanzaa is a weeklong celebration of principles that are held in high regard in the African American community, including creativity, faith, cooperative economics and unity.

Those are typically not concepts one associates with going to bars and drinking, however, in a unique first for this part of Brooklyn, an organized group traveling among bars and nightclubs on Monday was all about Kwanzaa and its values.

"It's not about us drinking," said Jamaal Patterson, the organizer of the sold out event that involved dozens of bars, with 1,600 people traveling from one to another to another.

"It's done in the spirit of Kwanzaa," said Patterson. "It's about supporting black owned businesses. That's unity, that's cooperative economics."

Even though Kwanzaa celebrates African ancestry and African American history, Patterson was emphatic that the pub crawl he designed is not exclusive.