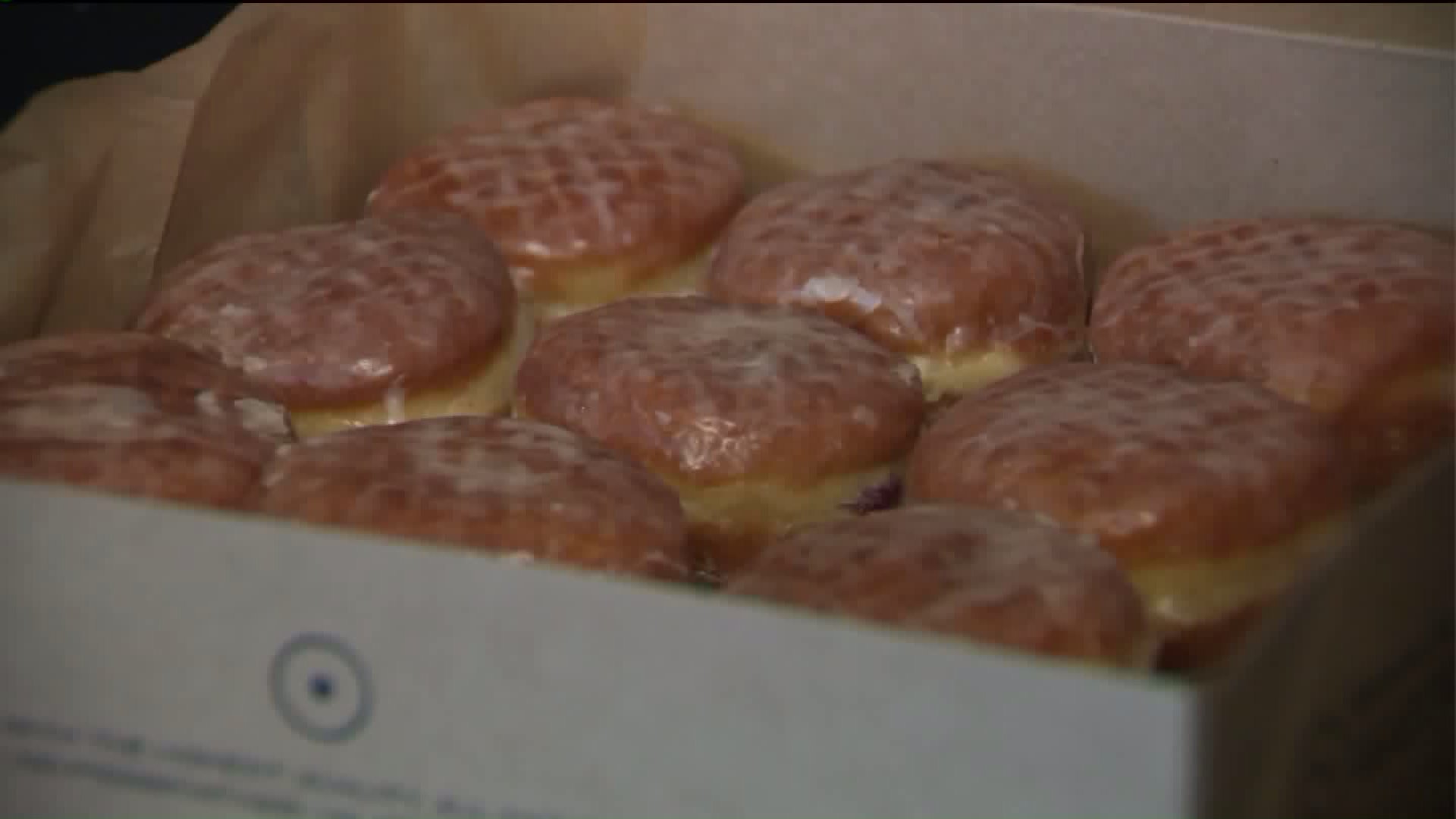 Doughnut Plant is buzzing with customers looking for a special Hannukah dessert.

GRAND ARMY PLAZA, Brooklyn — It's happened only four times in 100 years: the first night of Hanukkah and Christmas Eve falling on the same night, and what a celebration it is.

There were dancing dreidels, festive bands, potato latkes and gifts for small children all to celebrate the first night of the Jewish Festival of Lights.

"Hanukkah represents the time when the Jews brought spirituality into the world," Berry Silver, with his young son on his shoulders, told PIX11.

Mayor De Blasio and Rabbi Shimon Hecht boarded a cherry picker to light what some claim is the largest menorah in the world at Grand Army Plaza, which by Jewish law, cannot be taller than 32 feet.

Around the city, Hanukkah delicacies were being eaten by all.

For these four young Jewish women a new Hanukkah tradition has been born here on the lower Eastside at Doughnut Plant.

The Menorah ripple doughnut was all sold out because it had to be pre-ordered, so instead they had a Hanukkah doughnut: jelly dough seeds filled with blackberry jam.

It's a Hanukkah tradition to eat foods fried in oil to remember the miracle oil that kept a flame burning for eight days.

There's even a Hebrew word for jelly doughnut.

And while the first night was a night for celebrating, the executive Vice President of the New York Board of Rabbis saw a deeper meaning.

"I think the confluence says to us, we can be Jews and Christians and have respect for one another," Rabbi Joseph Potasnik, Executive Vice President of New York Board of Rabbis, told PIX11.