No white Christmas on East Coast, but winter storm to hit West Coast 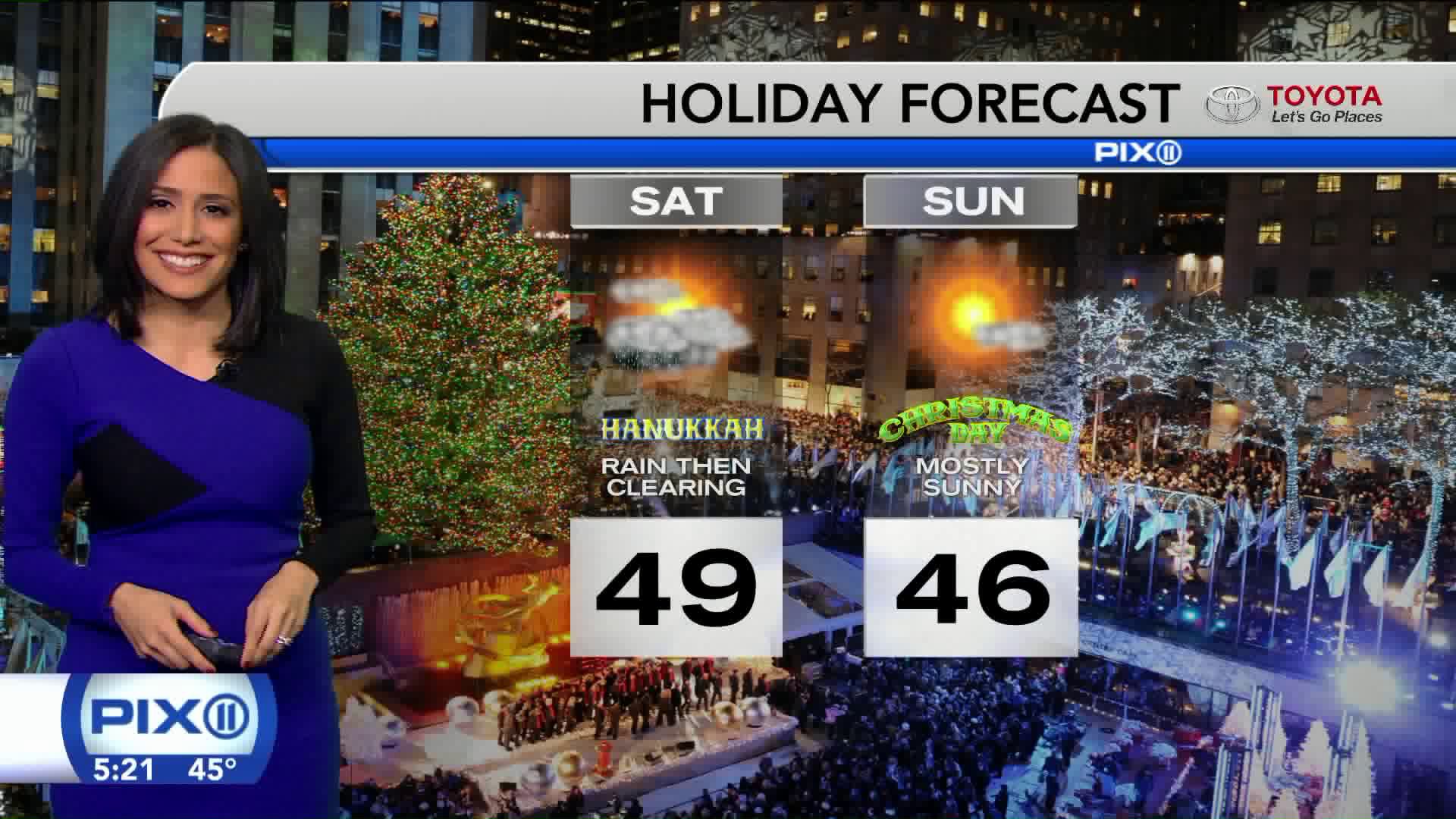 If you're dreaming of a white Christmas, you won't get it in New York City.

A winter storm could hit the Rockies and upper Midwest late Saturday, making it a very white Christmas for folks in those parts.

But for most, the weather outside isn't so frightful — especially if you're in the central and eastern United States. You might see warmer than usual temperatures for December in the Southeast: Atlanta is forecast to reach a high near 70 degrees on Christmas Eve, and Orlando may reach above 80.

High temperatures could be five to 15 degrees above average on Saturday from the plains to the East Coast, according to the National Weather Service.

In the tri-state, Christmas Eve started off rainy, but cleared up about 2 p.m. Areas to the north and west of the city saw some wintry mix early in the day before changing over to rain.

Temperatures will remain well above freezing, hovering in the mid 40s, in New York City. On Christmas Day, the weather will clear out as a weak frontal system moves into the area for most of the week. By the evening, it will cool down into the 20s and 30s into the overnight hours.

With mellow weather, airports weren't the nightmare that many have come to dread during the holiday season. On Saturday, the United States had 573 flight delays, with most of them in Chicago, according to the FlightAware flight tracking website.

Meanwhile, a plane carrying the Minnesota Vikings football team slid off a runway Friday amid snow at Wisconsin's Appleton Airport. The NFL team is playing the Green Bay Packers on Saturday.

The Vikings posted on Twitter that the plane was taxiing after a safe landing when it slid off the runway and became stuck.

The Appleton Airport posted on its Twitter account: "Minnesota Vikings team had a rear wheel leave the taxiway en route to arrival gate." No injuries were reported.

The Vikings appeared to take the situation in stride, filming their unique exit from the charter plane on fire trucks and ladders. Hours later, the team's Twitter account posted that "the #Vikings are nestled, all snug in their beds."

Snow on the Western front

A major winter storm is bringing heavy rain along the coast and widespread, heavy snow in the Rockies. That system is expected to move east into the northern High Plains by late Christmas Eve. It could produce blizzard conditions across parts of the northern plains -- bringing a whiteout Christmas this year.

The National Weather Service warned that freezing rain, heavy snow and strong winds of up to 60 mph are possible, which "could create very dangerous travel conditions."

A blizzard is forecast for North and South Dakota. The National Weather Service in Bismarck warned that traveling would be "dangerous if not impossible" on Christmas and into Monday.