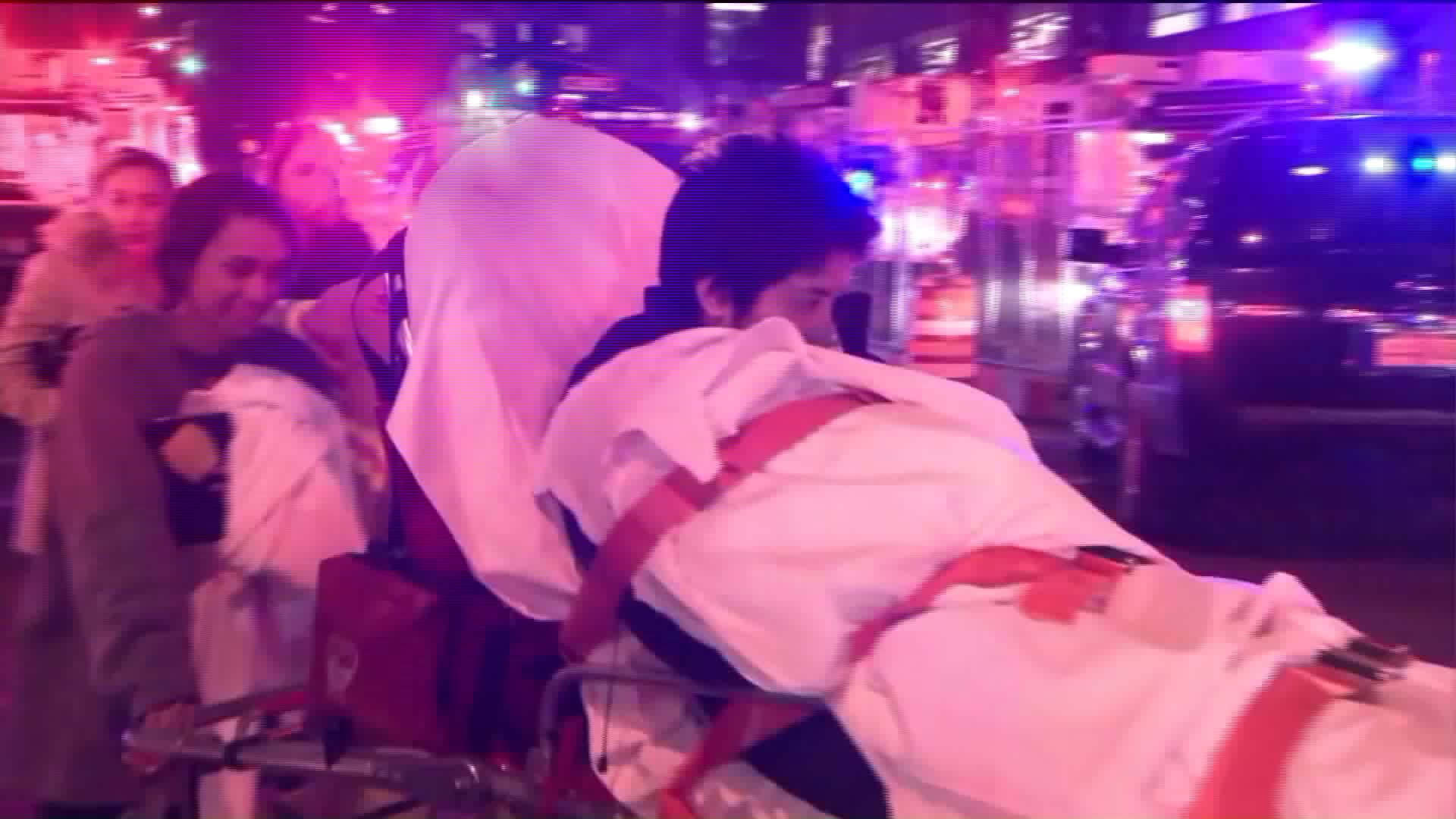 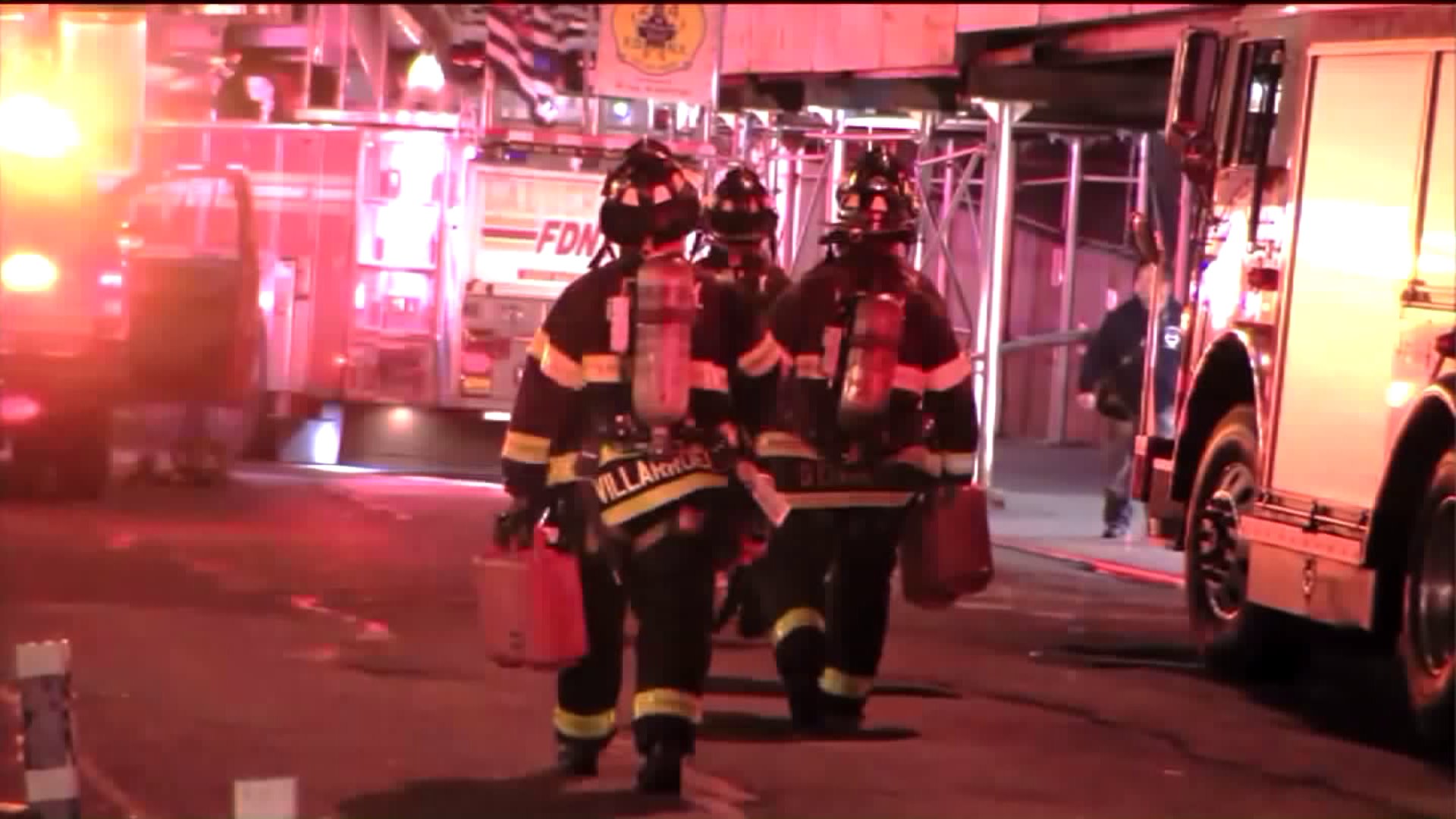 UPPER WEST SIDE, Manhattan — A blaze at a Manhattan high-rise that injured more than two dozen people, including four fighterfighters, was sparked by a woman whose robe caught on fire when it encountered an open flame as she wrapped presents.

"She was wrapping Christmas gifts and she had a bathrobe with loose clothing on and some candles in the room and the candles caught fire to her clothing," FDNY Manhattan borough Commander Roger Sackowich said during a Friday afternoon news conference.

"She removed the clothing and she threw on the couch, I believe, and left the apartment."

There was a smoke detector in the apartment, but it was not working Thursday night, an FDNY spokesperson said.

Twenty-three civilians and four firefighters were injured during the four-alarm blaze, officials said. It broke out at about 5 p.m. on the building's third floor.

When firefighters arrived to the scene, they had to navigate through scaffolding in their set-up, which ended up working to their advantage, as a sort of platform to work from, Sackowich said.

Crew battled the flames at the 33-story apartment building for more than an hour and extinguished it at about 6:30 p.m.

A young girl stopped breathing during the fire, FDNY officials said. Neighbors performed CPR and firefighters carried the girl down 21 flights of stairs.

About a dozen of the apartment's residents evacuated to the roof during the fire, officials said.

"Our members last night, I can't say enough about what they did here. We are very fortunate no fatalities in this very serious, very dangerous fire due to the conditions that were confronted with last night," Sackowich said.