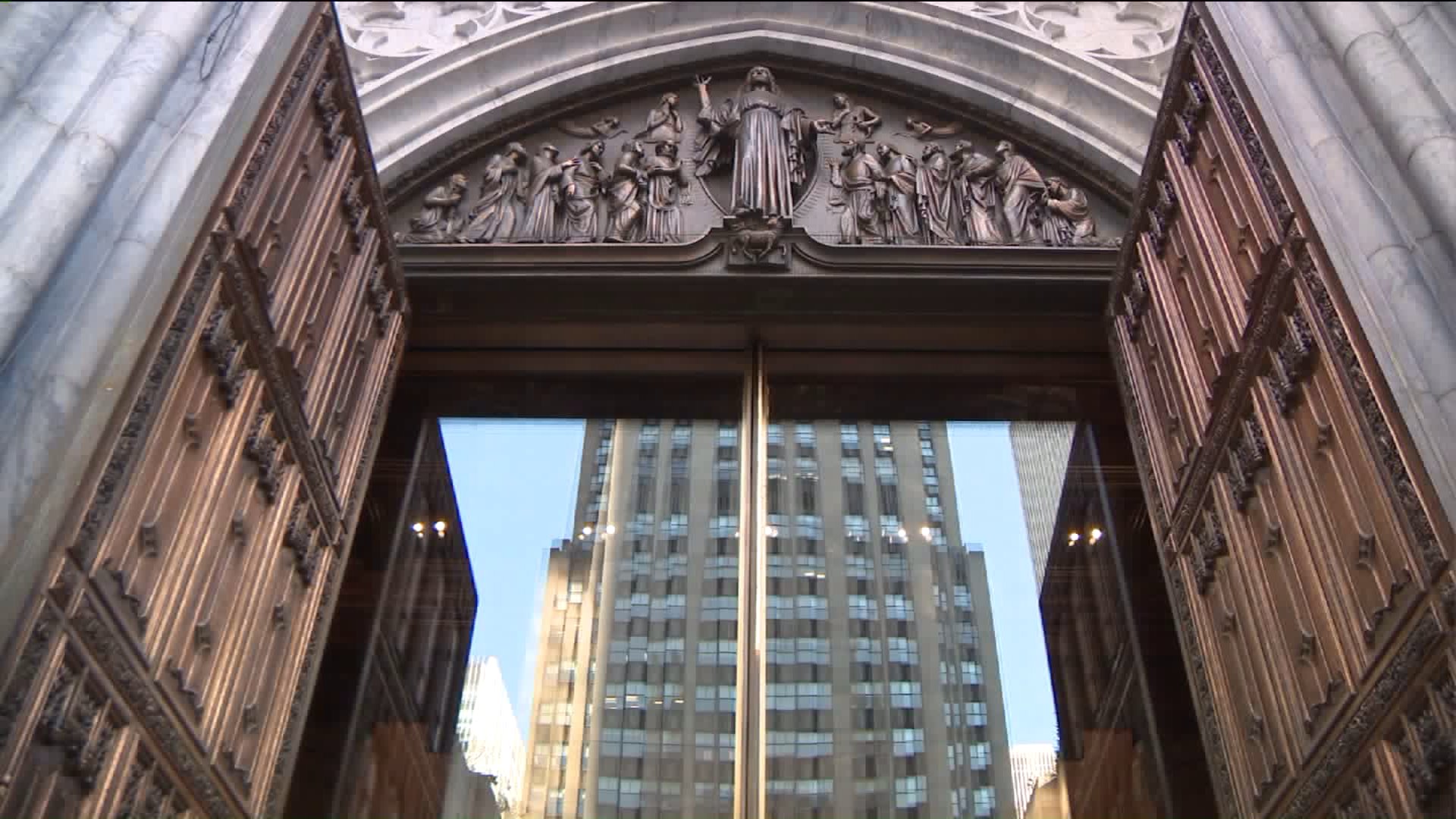 When the faithful fill St. Patrick's pews for midnight mass on Saturday, a plexiglass sliding glass door will be at the back of the cathedral.

The glass door will allow people outside to peer in and attendees to look out.

"While I am offering Midnight Mass, I will be looking out on Fifth Avenue and Rockefeller Center," Cardinal Timothy Dolan, the Archbishop of New York, told PIX11 News.

"I find that moving and so do many people who come here," the cardinal said. "Hey, this is what it is all about, bringing the joy out there."

What will also be different is that for the fourth time in 100 years, the start of the Hanukkah falls on Christmas Eve. Cardinal Dolan spoke to a friend who is a rabbi about the meaning of the Festival of Lights.

"He said it is about three things: God keeping his promises, about light over darkness and a miracle," the cardinal said.

When asked if we are then all Jewish and Catholic, the cardinal answered: "They are our spiritual ancestors, the Jews, so it is particularly meaningful when we celebrate together."

And in the interview with the leader of the New York Archdiocese in his residence, Cardinal Dolan talked about Donald Trump and what many have seen as a polarizing election.

"The president-elect seems more conciliatory, more open to reaching out," the cardinal said. "There is a growing sense of hope. Maybe this can work out if we can give him a chance."

Midnight Mass tickets were distributed free of charge at the cathedral right after Thanksgiving.

There are no more tickets, but if you arrive at the cathedral and are lucky, at about 11 p.m., ushers will begin to let people in, taking the place of "no-show" ticket holders.

And of course, you can always watch the Midnight Mass on PIX11 News.