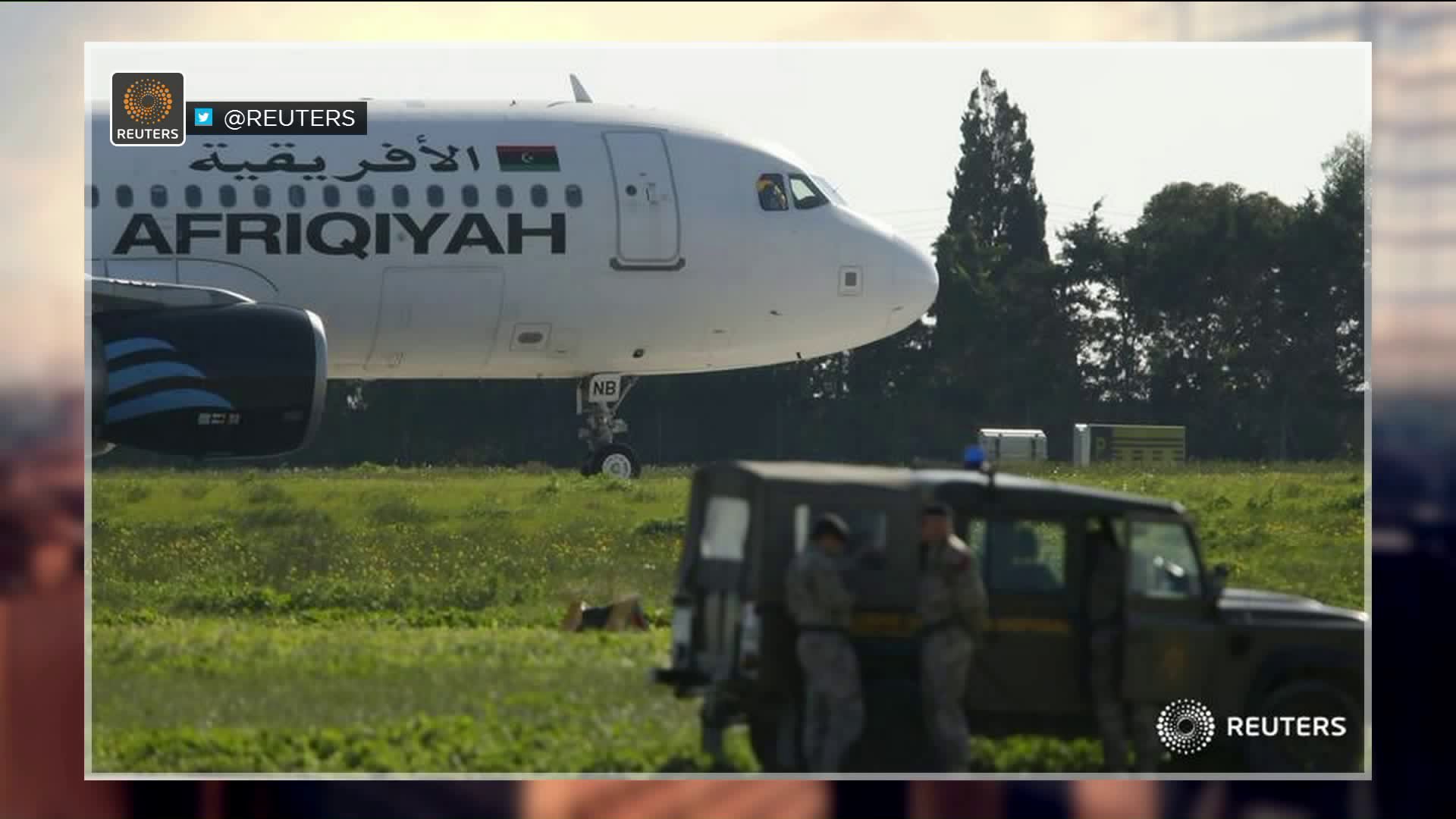 About 120 people are on board the plane.

VALLETTA, Malta — The hijackers of a Libyan plan have given themselves up, Malta's Prime Minister Joseph Muscat said.

In a series of tweets, he said the hijackers left the airplane along with its final crew members after earlier freeing all the passengers from a flight that was diverted to his country.

The hijackers, he said, "surrendered," have been "searched and taken in custody."

The hijacked Libyan plane was diverted onto the Mediterranan island nation, Muscat said. The hijackers released all the passengers before they surrendered.

Afriqiyah Airways, the operator of the hijacked plane, had earlier said there were 118 people on board, including 111 passengers.

The doors of the plane opened at 1:44 p.m. local time and a staircase moved to the door before passengers began disembarking.

All those who have been seen leaving the aircraft have been without their hand luggage.

Serraj al-Fitouri also told Dubai-based Al-Arabiya TV that one Libyan lawmaker was among the list of passengers. It was unclear whether the lawmaker, identified as Abdel-Salam al-Marabet, had been on the flight that was hijacked earlier Friday.

Emergency and security personnel were waiting at Malta's international airport when the plane landed.

Maltese Prime Minister Joseph Muscat tweeted that he had been "informed of potential hijack situation of a #Libya internal flight diverted to #Malta. Security and emergency operations standing by."

"Security personal are on the scene,"  Maltese Ministry of Foreign Affairs communications officer Etienne Saint John  told CNN. "There is an ongoing meeting at the Prime Minister's office regarding the plane."

State television TVM said the two hijackers of the Libyan plane had hand grenades and had threatened to explode them.

The Malta airport authority said all emergency teams had been dispatched to the site of what it called an "unlawful interference" on the airport tarmac. The plane's engines were still running.

All flights in and out of Malta have been canceled.