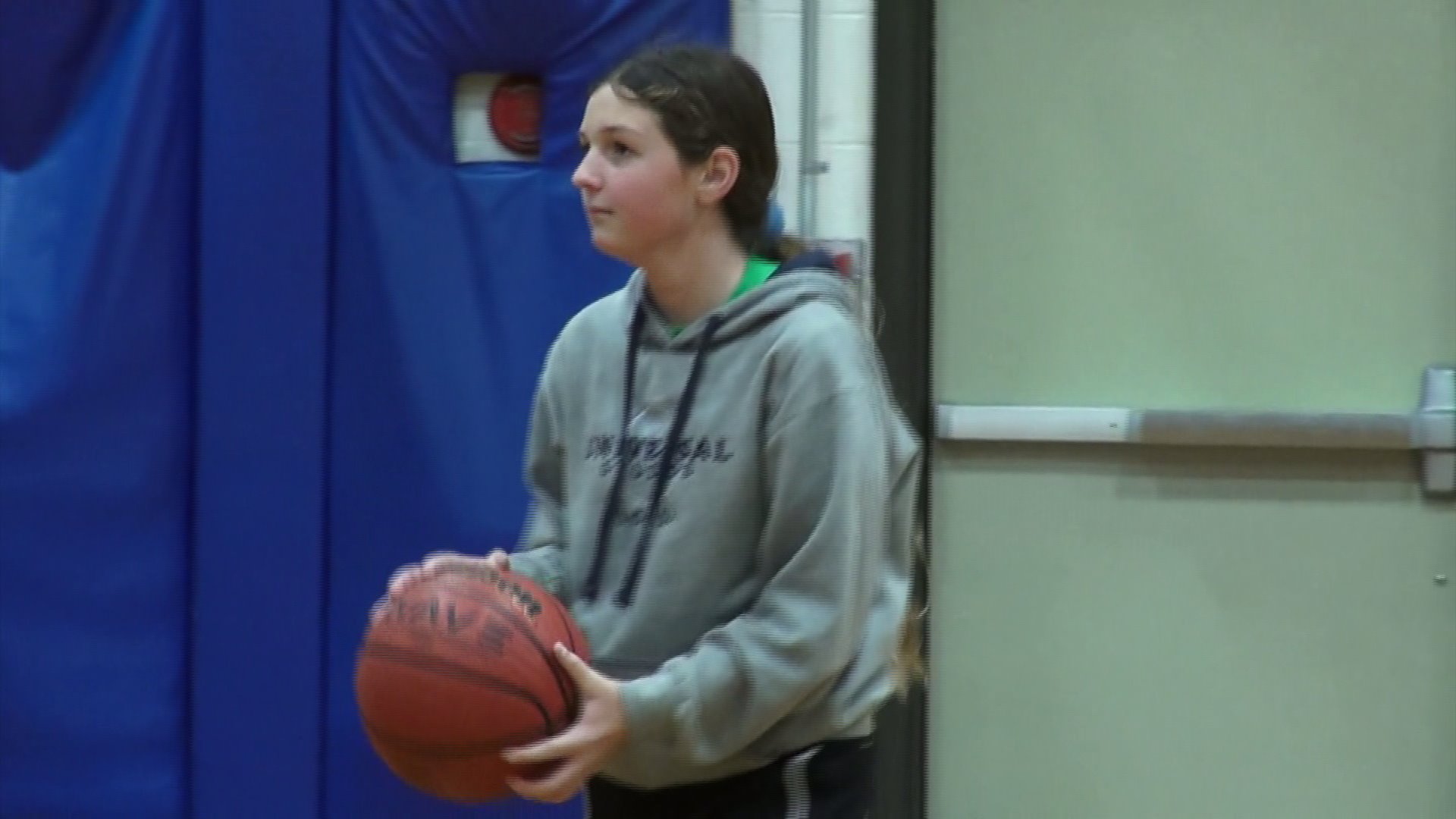 KENILWORTH, N.J. — Sydney Phillips has been playing basketball since she was 2 years old.

In sixth grade, she made the girls' varsity team at St. Theresa’s Catholic School in Kenilworth, N.J. The eighth-grade girls voted her the team all-star at the end of the season.

Now in seventh grade, Phillips was disappointed to learn that not enough girls had signed up so the girls' basketball team was to be dissolved.

“I wanna play basketball for my school. So I said, how come I can’t just play with the boys?” the 12-year-old told PIX11 News.

Phillips and her dad, Scott Phillips, said the school rejected that idea. So she and her family are suing.

"We don’t want no money," said Scott Phillips, a retired police officer. "She should be allowed to play basketball."

Sydney said the boys don’t want her on the team either.

"They don’t want me playing on the team because they know I’m better than them," she said with a smile. "I beat them in one-on-ones all the time."

Outside of the school on Friday, one long-time parish member said she disagrees with the lawsuit.

"Are you trying to close our Catholic school?" said Mary Michitsch.

Her kids went to St Theresa's and she's been a parishoner for 45 years.

"If more girls played basketball that would be wonderful, or baseball, or football, or soccer. But don’t turn around and say you are being discriminated because you cannot play on a boys team," Michitsh said.

Phillips' dad said transferring schools is not an option because his daughter has been attending the school since kindergarten and she wants to represent St. Theresa’s on the court.

A spokesman for the Archdiocese of Newark stated Friday that they do not comment on pending litigation.