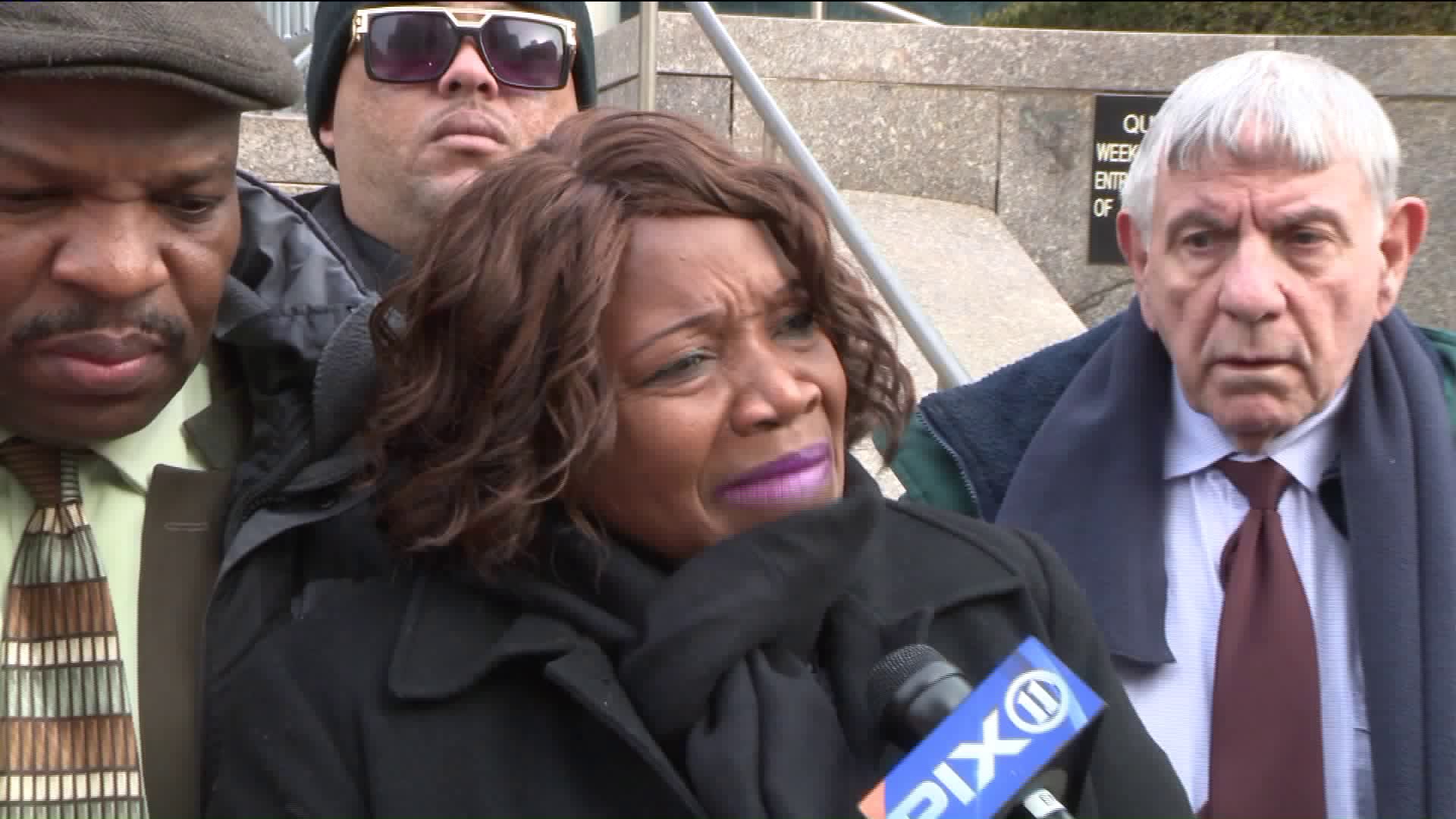 Shirda Matthews of Cambria Heights, Queens wasn`t quite prepared for what she would hear in court. A murder indictment was being unsealed against 24-year-old Rashon Venable, who`s accused of slashing the throat of 14-year-old Sabrina MatthewsShirda`s daughter.

KEW GARDENS, Queens — Shirda Matthews, of Cambria Heights, Queens, wasn't quite prepared for what she would hear in court.

A murder indictment was being unsealed against 24-year-old Rashon Venable, who's accused of slashing the throat of 14-year-old Sabrina Matthews, Shirda's daughter, in a second-floor bedroom of the family's Cambria Heights home on Nov. 9, 2008.

The prosecutor read a statement that Venable gave to the NYPD when detectives arrested him in Pennsylvania in November of this year.

"He would sneak in when the mother was not home," prosecutor Diane Ross told the court, reading Venable's statement. "He did have sex with Sabrina on a couple of occasions in the home."

Yet Venable claimed in his statement he met Sabrina in 2007 and didn't see her in November 2008. Law enforcement sources said DNA evidence will prove otherwise.

"I never seen Sabrina with a boy," Shirda Matthews said tearfully after leaving court. "To hear these details, it hurt my heart. It hurt my heart so bad."

Sabrina's killing was especially savage, and her mother was sleeping in a downstairs bedroom when it happened.

Sabrina's father was working an overnight shift and discovered her body when he arrived home late the next morning. Sabrina's mother had gone to work at an extended care facility early that Sunday morning, noticing brownish spots on her kitchen floor. She thought they were mud stains. She later found out the spots came from bloody socks.

The statement Rashon Venable gave to the NYPD's Cold Case Squad revealed quite a bit about his background.

In the police statement, Venable said his family lived in Queens from 2002 to 2007.

He lost his virginity "at age 12 or 13" and later became a member of the Crips gang and went by the street name Reck.

He went to Pathways High School and was busted for two robberies, including one involving a cellphone. His mother wanted to move Venable out of the city at age 14 or 15 because he was "hanging out with the wrong people." The family did move to Pennsylvania in 2007, but Venable said he still visited Queens, meeting Sabrina through a friend.

Venable denies meeting up with Sabrina in November 2008, but her mother said, "I don't believe that in my heart. I believe he did, but he doesn't want to confess."

Just over a month ago, Shirda Matthews was rejoicing during a prayer service on her front lawn. She hugged the NYPD detectives who told her Venable's DNA matched evidence from the 2008 crime scene. Venable had given a sample when he went to prison in Pennsylvania for sexually assaulting a 14-year-old girl there in 2009.

His DNA went to a national database and there was a match with Sabrina Matthews' case.

A large group of Matthews' relatives and friends came to court, including Sabrina's one-time babysitter.

"What I want to do, Ms. Murphy, I don't know if the judge would let me do it," Margaret Griffiths said.

Venable was remanded to jail after the hearing and his next court appearance is scheduled for Feb. 1.