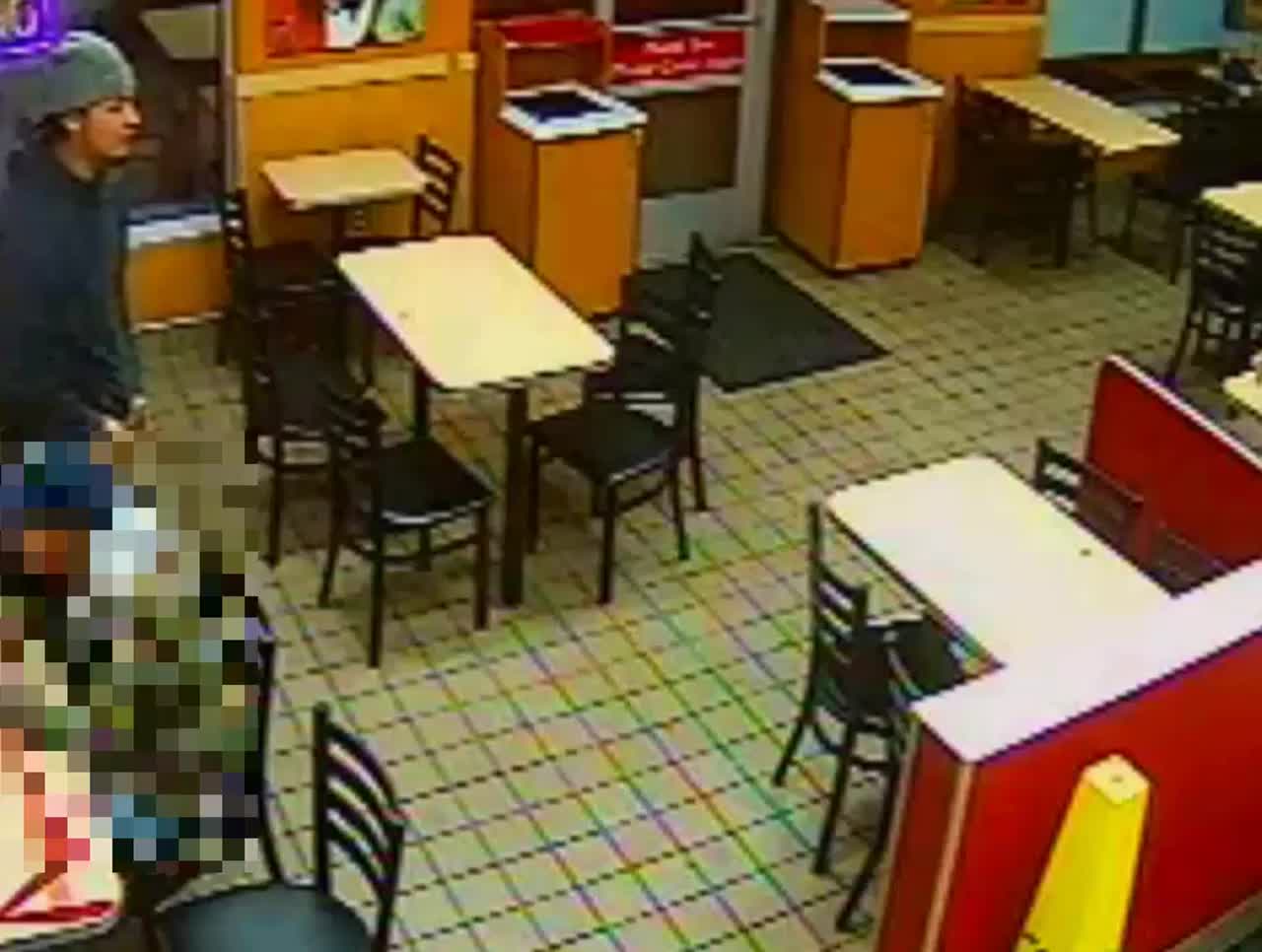 Police are looking for a man who slashed another across the face outside a Kentucky Fried Chicken in Jackson Heights. (Video: NYPD)

JACKSON HEIGHTS, Queens – Police are looking for a man who slashed another across the face outside a Kentucky Fried Chicken in Jackson Heights.

A dispute between two men turned violent when a man allegedly attacked the 25-year-old victim with a sharp object in the face, according to police. The victim suffered a laceration to his left cheek and was taken to a local hospital in serious but stable condition. The culprit ran away in an unknown direction.

The attacker, described to be in his 20s, with cornrows and shoulder length braids, was seen entering the Kentucky Fried Chicken before the assault. He was last seen sporting a dark-colored hooded sweater, a light-colored knit cap, light blue jeans and dark-colored sneakers.