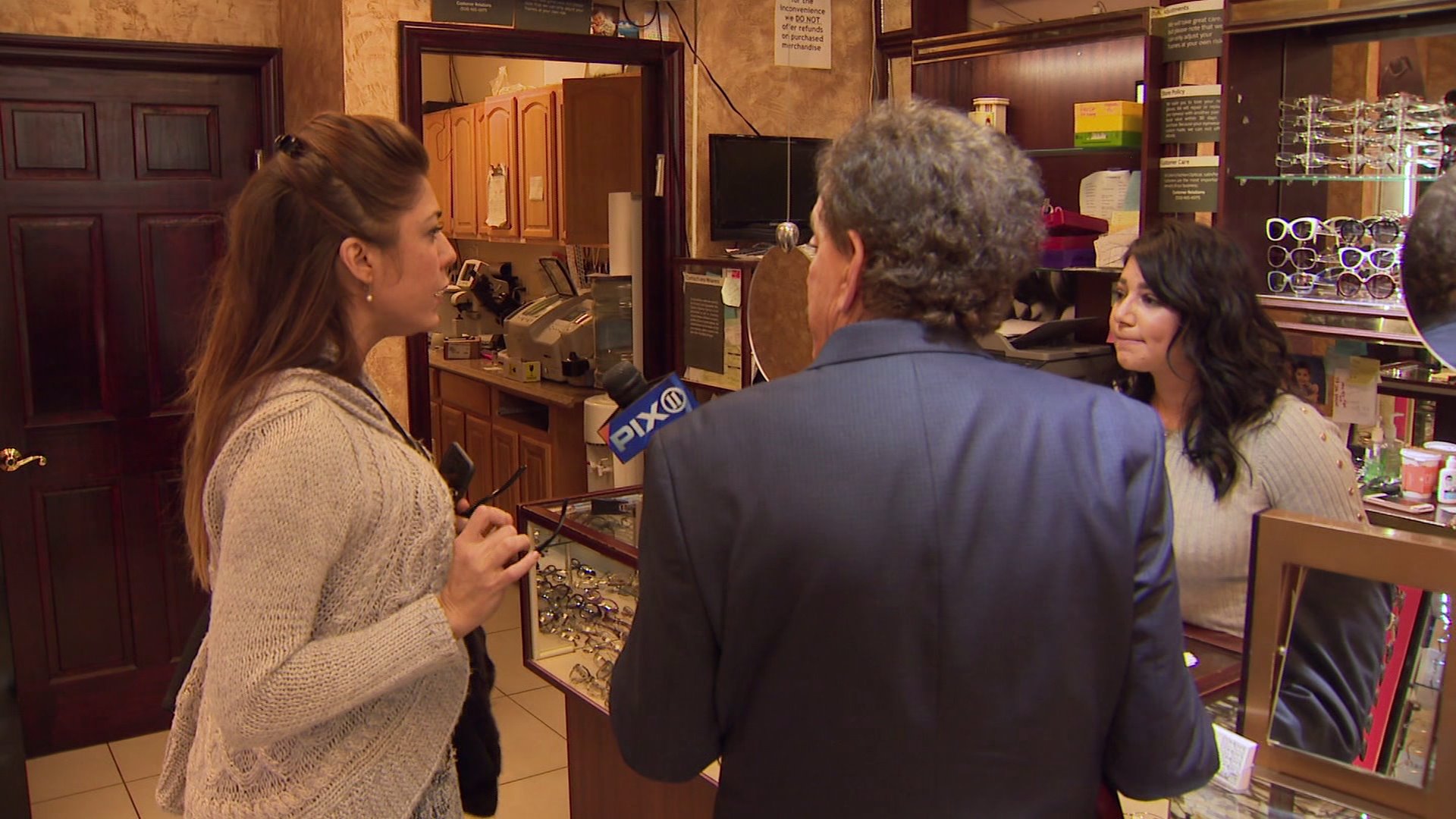 MIDTOWN — Olga Schmuklyer saw Groupon advertising a $29 deal for a complete eye exam and a trial pair of contacts at Cohen’s Fashion Optical on 5th Avenue in midtown.

But Olga wasn't seeing eye to eye with the businesses.

Inessa, the store manager, said the extra money for a customized fit that Olga needed, but she agreed to reduce the fee to $50.

Inessa also promised to rush the order because Olga was going out of town. Olga says a week and a half went by and she still hadn’t received the contacts.

She was so frustrated by her experience that she wrote a scathing review and posted it on Yelp.

Olga was totally surprised when just minutes after posting her review online, she got a call from the Inessa.

Olga responded, “That’s not how things work. You don’t cancel orders because of a bad review.”

Olga did get her contacts, and after she complained to Cohen’s corporate public relations director, she received an apology in writing and was sent a few pair of contact lenses at no charge. Olga says she never received an apology from the store manager who she believes was out of line.

"It’s my right to relay my experience online."

It turns out that posting negative reviews can have more serious consequences.

Some people have been sued for libel over the reviews they wrote while others have been harassed.

Yelp says very few of the lawsuits have been successful and the best defense is to have your facts straight when posting.

If you’ve got a story idea for me, send an email to Whatashame@pix11.com.