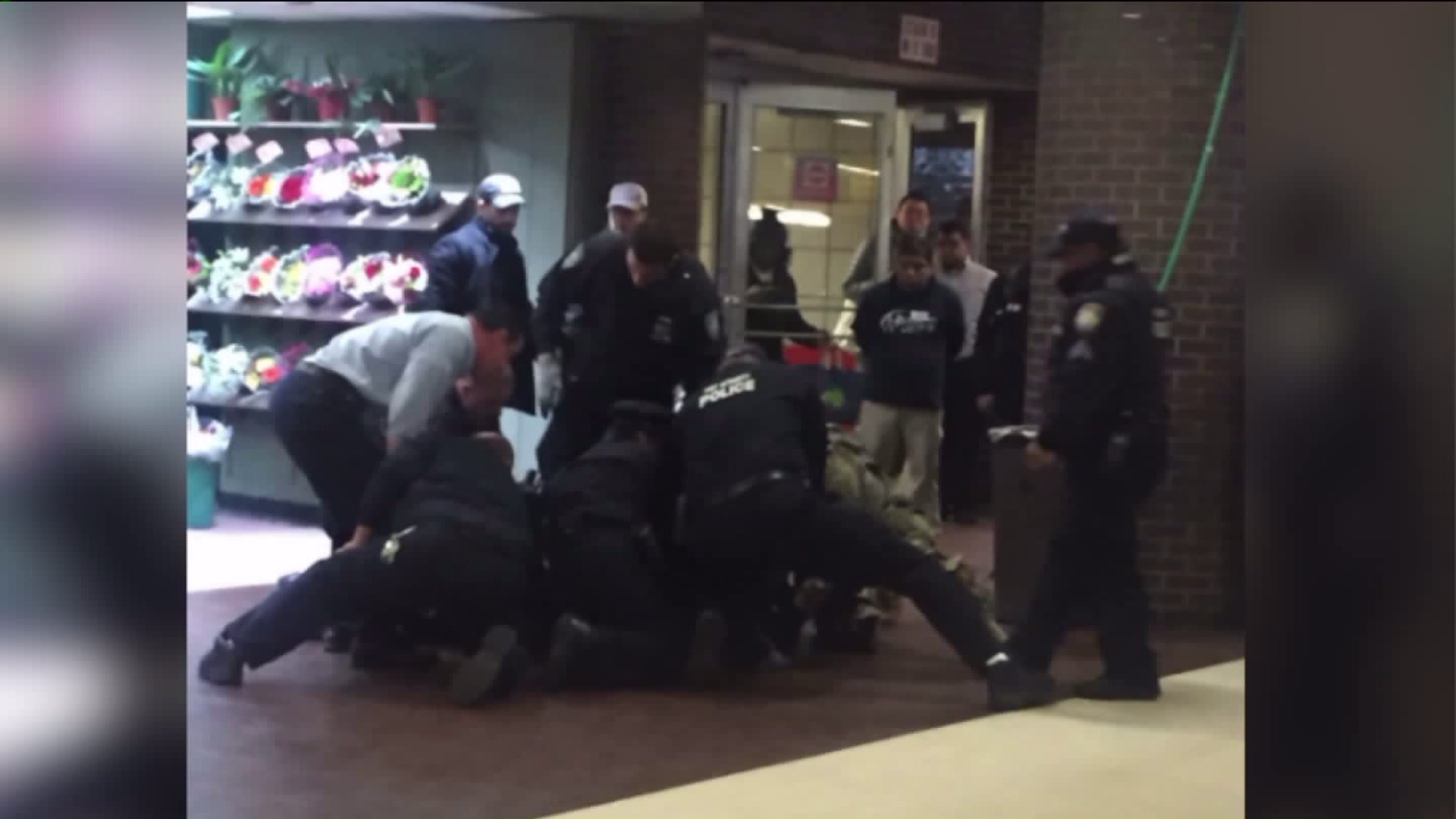 MANHATTAN — Chaos erupted at the Port Authority Monday when at least half a dozen officers tackled an individual, and a stampede ensued after witnesses shouted the man was armed.

Onlookers first reported the incident through a swarm of tweets beginning around 9:15 a.m.

"Caught in a stampede in Port Authority. Cops and a soldier took down someone, purportedly with a gun," witness Dean Ross tweeted, along with a photo.

Caught in a stampede in Port Authority. Cops and a soldier took down someone, purportedly with a gun. #portauthority NY pic.twitter.com/ggQ3ede10n

A dozen men in uniform are seen surrounding, and on top of an individual in Ross' photo.

"The normal crowd turned to panic when the incident began,” Ross said. "Commuters were running for escalator. One man fell and others rushed over or around him."

As officers wrestled the individual to the ground, an unknown person shouted "he has a gun, he has a gun," according to witnesses.

The allegation prompted the crowd to run, causing a pileup at an escalator and a domino effect in which more than a dozen people fell, a witness said. It was not immediately known if anyone was injured.

The Port Authority later quelled suspicions, saying the tackled person was unarmed and arrested for disorderly conduct and resisting arrest.

Just watched 6+ cops arrest someone in port authority bus terminal....literally more than 6 cops on top of a person and no one knows why 😬

Scary morning in #PortAuthority - cops wrestling with a man, someone screaming run and a stampede of people. Shook up but glad to be safe.