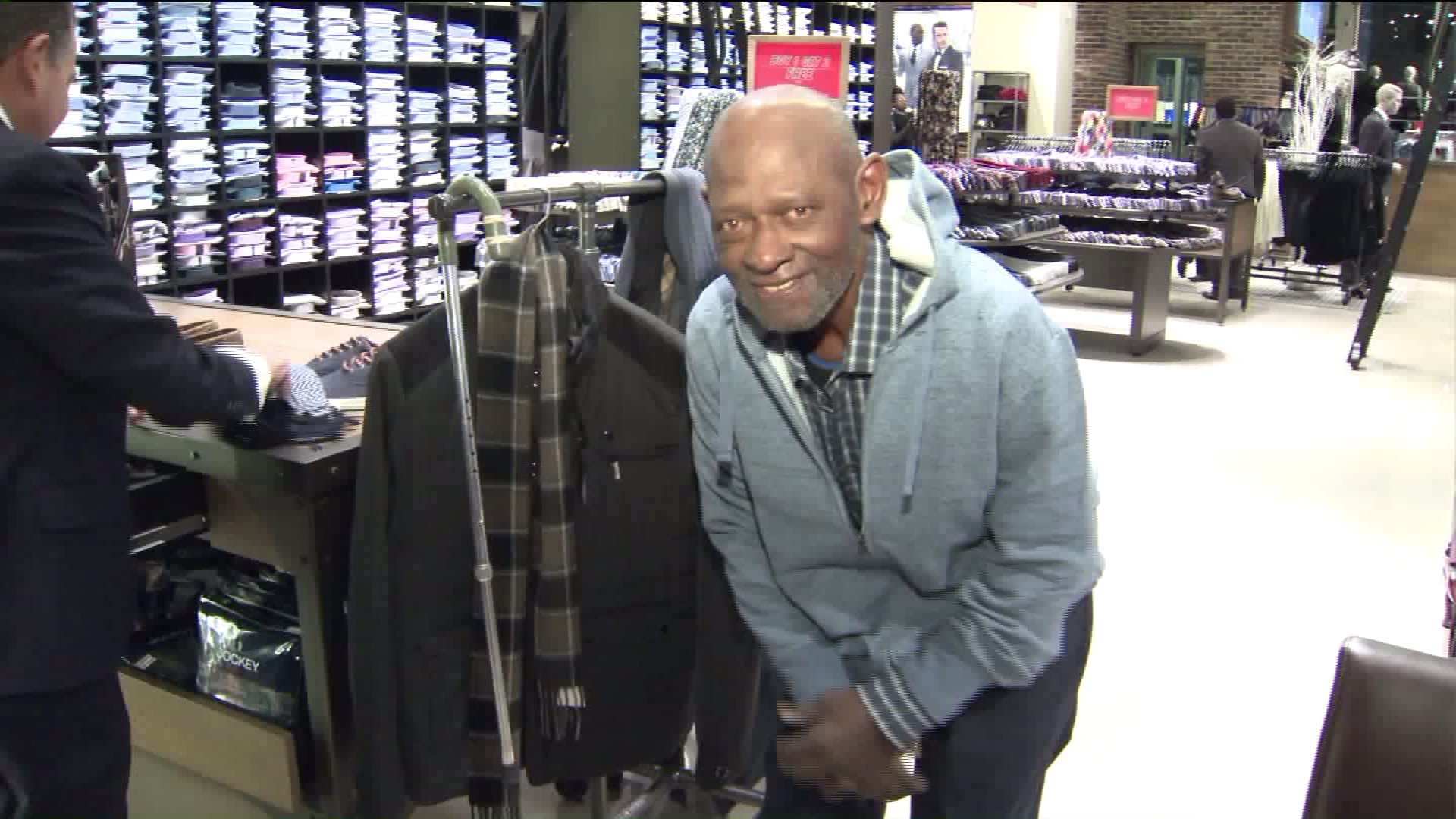 MIDTOWN — The spirit of Christmas is alive and well at Grand Central Terminal.

The homeless population at the huge terminal has been reduced by one this holiday season.

One man who has called it home for the past three years, is truly home for Christmas with his family in Charlotte, North Carolina.

It all began with a gracious gesture by Police Officer Frank Redina who bought a pair of $18 compression socks for Ron Brown who had complained of swollen feet.

So touched by the account, viewer Mary Peck e-mailed Scott with an offer to help the homeless man, with housing, a job, a trip to be with his family.

The challenge began — try to find one particular homeless man in the labyrinth of Grand Central Terminal.

Scott made four trips looking for Brown, surprised to find so many people who were homeless, but Brown was not to be found.

Scott enlisted the help of police who worked the terminal on a daily basis.

Finally, on Monday Dec. 19th, Scott received a call from Police Officer Matthew Spano who located Brown and arranged for us to meet that afternoon at a Wendy's restaurant.

Ron was appreciative to learn of Mary Peck's offer and said he'd love to visit his family, particularly since his 95-year-old mother had just died and her funeral was scheduled in a matter of days.

On short notice, Peck was only able to obtain a first class seat for Brown. After Scott confirmed that he was receptive, she purchased the $900 ticket for him.

His clothes were filthy and soiled and Scott figured not suitable to wear on the plane or home, so he reached out to Men's Wearhouse which agreed to outfit him.

Scott picked him up and brought him to the company's flagship store where the 64-year-old man was uplifted by the generous offer of shoes, pants, a shirt, hat and hoodie.

Next, he needed transportation to and from LaGuardia Airport, so Scott reached out to friends at Empire CLS Worldwide Chauffeured Services who provided ground transport for him.

As all this was unfolding, Brown told Scott, "I'm beginning to believe. I'm now getting happier and happier." He said he hasn't seen his five sisters and four brothers in two years, and was particularly grateful that he will be able to attend his mother's funeral.

"As getting closer to getting home, I'm feeling the way I have never felt, the feeling is very good, it's a feeling hard to explain," he added emotionally.

Peck said she was so touched by Scott's report of Brown's plight, that she wanted to do something to help him get off the street. "It was just the right thing to do," she said.

Brown expressed his heartfelt thanks to Peck, Scott and PIX11 for making this the best Christmas he has ever had.