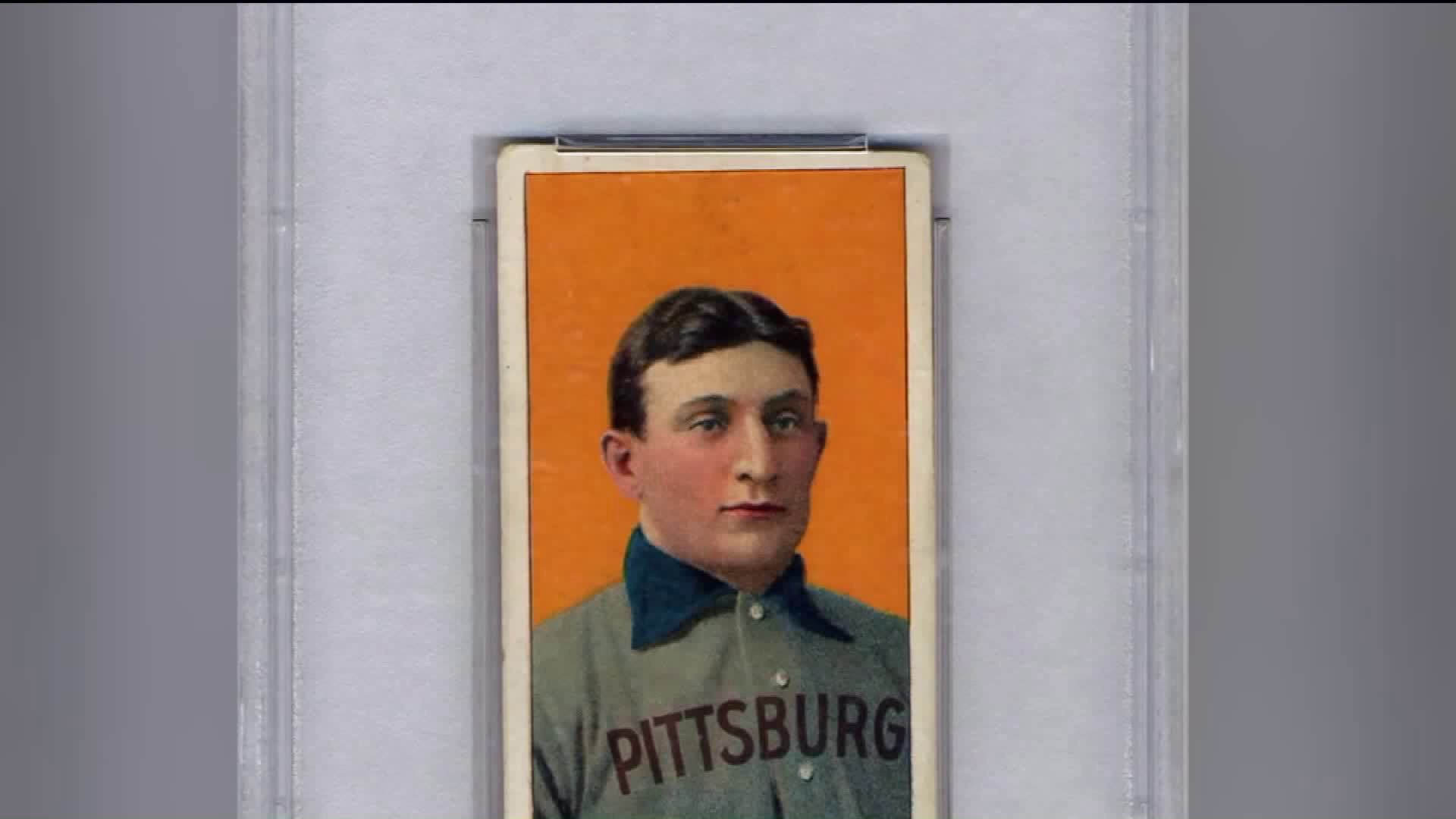 NEW YORK — The legendary lore of the Honus Wagner T206 card only grows.

PIX11 News has learned that the card was at the center of a pardon President Barack Obama granted on Monday.

President Obama pardoned 78 people nationwide. It was the most ever done in one day by a president.

Only one person from New York City was pardoned.

The case is interesting considering the track record of intriguing presidential pardons.

Ramos pleaded guilty in Sept. 2000 for conspiracy to transport and sell the most valuable baseball card in history, the T206 Honus Wagner card.

The crime happened in Times Square in Mar. 1998 at the now defunct All-Star Cafe. Investors in the cafe included various athletes and entertainers.

One of them was Charlie Sheen. Sheen was an avid baseball card collector and decided to display his rare card.

After realizing the value of the card, the crew stole it and replaced it with another card. Ramos photocopied the fraudulent card and proceeded to sell it to a New Jersey card dealer for $18,000 according to law enforcement and confirmed through his attorney.

The crew did it again one month later with a Sherry Magee card as well as one of Napoleon Lajoie before being nailed by the feds in April of 1999.

"I don't think he realizes, I mean I'm sure he must have realized on some level like this was not a good thing, he was doing and when they ended up all getting caught they were like, we're guilty," said Magory.

"On Thanksgiving I would call and say, tell Obama to pardon a person, not just a turkey," said Magory.

Magory had a compelling case because Ramos worked closely with federal prosecutors. He has lived a productive and clean life since his sentence.

Magory also shared with PIX11 News that throughout the entire process she displayed great humility, treating the pardon attorney for the case with tremendous respect. She also admitted that there is one thing attorneys must do once everything is submitted.

But how does a dead man, like Jack Johnson beg for a pardon?

"That is a really, really hard one," said Magory.

PIX11 News chronicled the fight to pardon Jack Johnson in a series of reports last week. Johnson’s boxing’s first black heavyweight champion was not pardoned on Monday by President Obama even though many influential members of congress felt he was targeted by the feds for not only being a historic heavyweight champ but also for dating white women. On two occasions, Congress has sent President Obama resolutions suggesting Johnson should be pardoned, the last being signed by the president in the Every Student Succeeds Act on Dec. 10, 2015.

Although President Obama still has one month to pardon the iconic figure, it is important to note his handpicked U.S. Attorney General, Eric Holder, told PIX11 News in our series of reports, 'The Final Fight,' "Jack Johnson no question was convicted unfairly, he was targeted for his lifestyle for the way in which he conducted himself and it is something that I think our nation should consider."