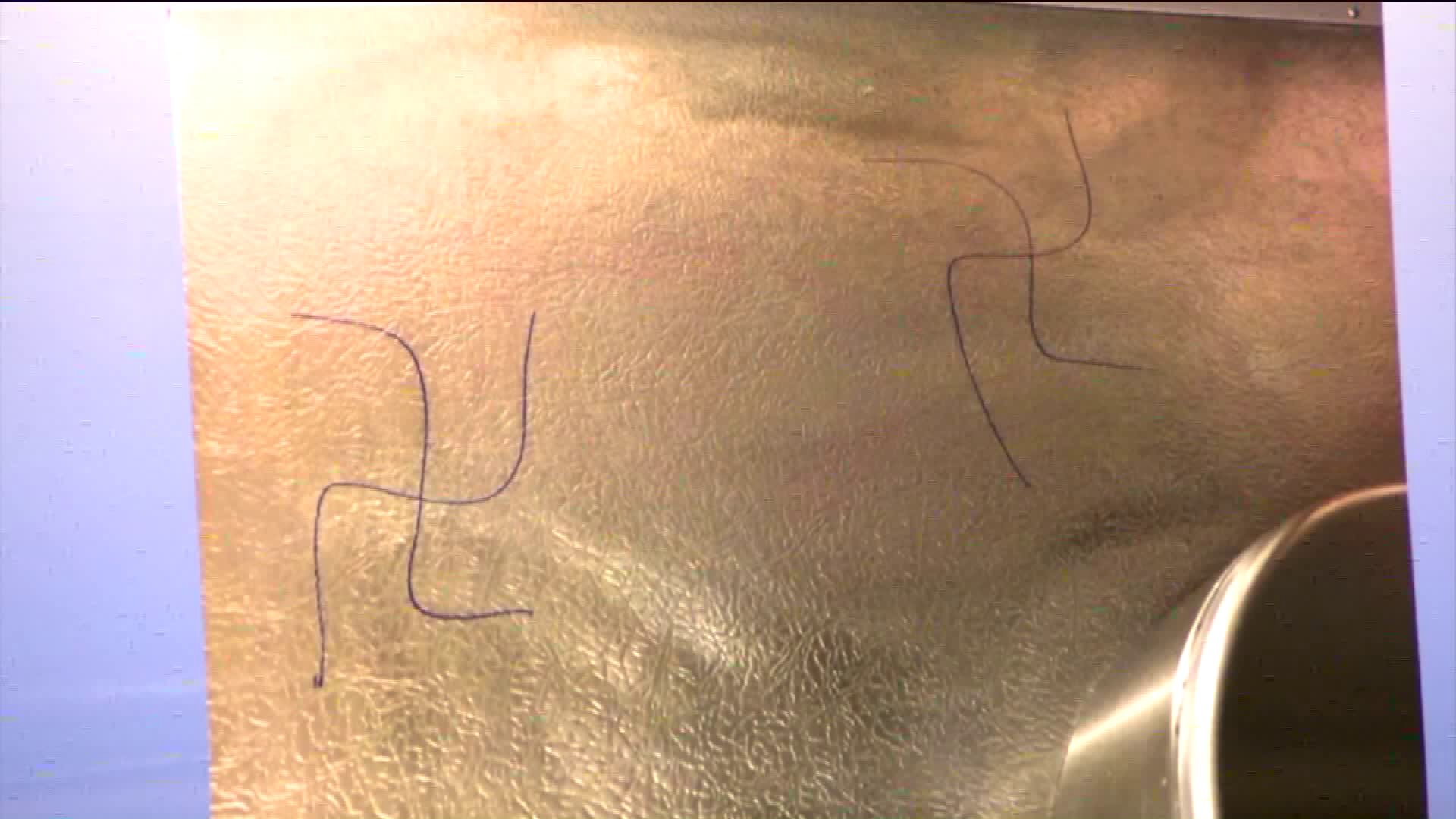 EAST GARDEN CITY, N.Y. — Police on Long Island say they have arrested a student in connection with a spate of racially-charged graffiti, including swastikas, at Nassau Community College.

Saini is expected to be arraigned in Hempstead on Wednesday. It wasn't clear if he had a lawyer.