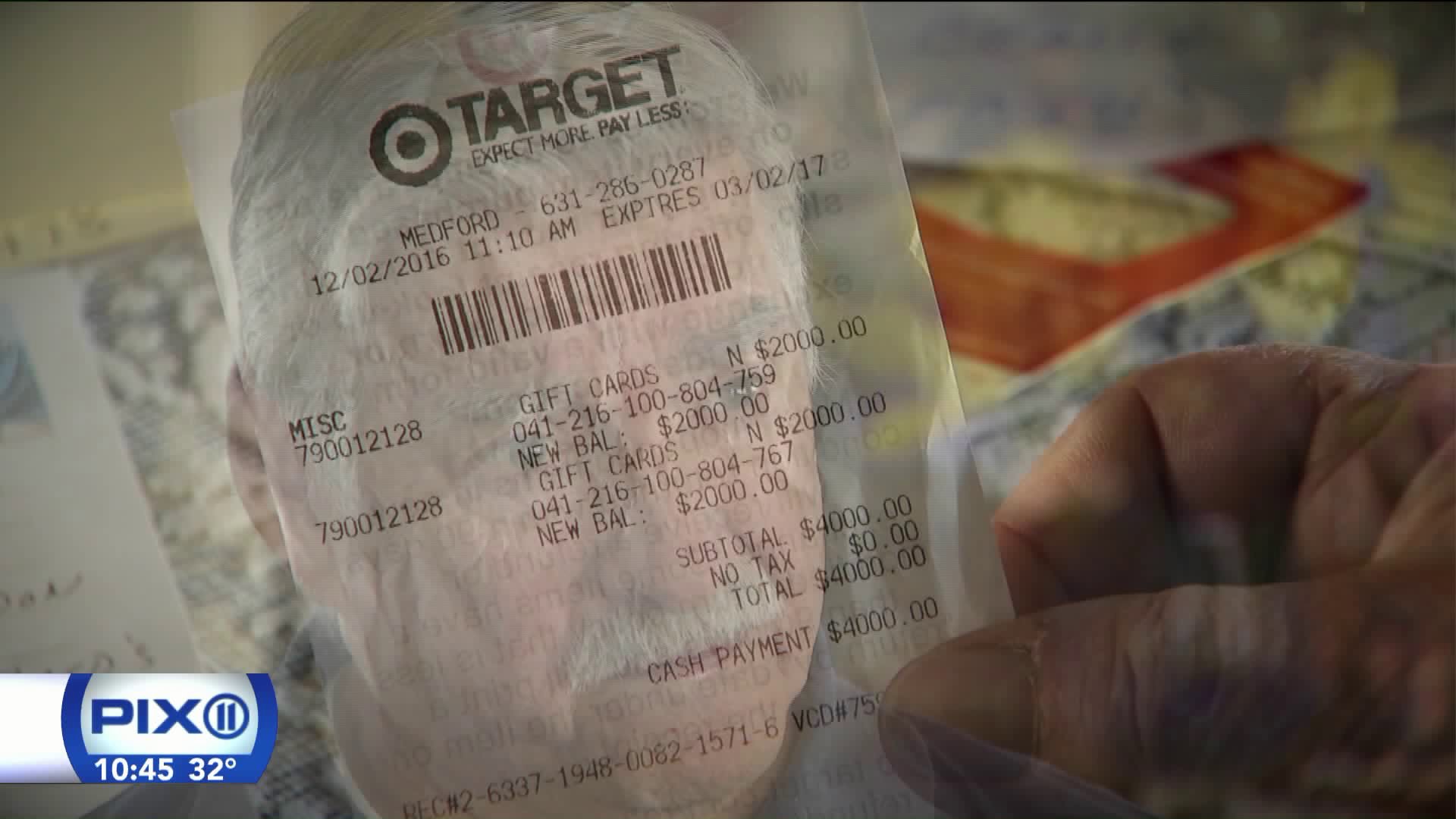 SUFFOLK COUNTY, N.Y. — Roger, 80, invited PIX11 into the home he's lived in since 1959 and proudly showed us pictures of his seven grandchildren. But the former airline mechanic isn't proud of the scam he got swept into that cost him $4,000 in cash.

"She was yelling, 'Grandpa, grandpa,'" Roger recounted of the phone call he received in early December.

He was upstairs in his house, about 9 a.m., and he hadn't bothered to check the caller ID on the television set.

Roger made the mistake of saying his granddaughter Michelle's name. The female voice didn't sound familiar, but the woman jumped on Roger's use of a name and said she was calling from California. She put a "lawyer" on the phone who said Michelle was riding in a car, when police stopped it and found a pound of marijuana under the driver's seat. Because "Michelle" was riding in the car, she was being held in jail and needed $4,000 to make bail.

But the lawyer didn't want $4,000 in a wire transfer or money order. He wanted Roger to purchase two $2,000 gift cards from Target.

Crazy as it sounded, Roger said he was so frazzled by his 35-year-old granddaughter possibly being held in jail that he ran to the bank to get $4,000 in cash. He then drove to the Target in Medford, Long Island, and bought the two gift cards.

The real Michelle is a nurse who was married in September and went to California on her honeymoon. Roger thought perhaps she had returned to visit friends.

When Roger returned home, he called a phone number with a 773 area code that he thought was a police precinct in California. That code is actually associated with British Columbia in Canada.

The man who answered the 773 number took the two codes assigned to the Target gift cards and marveled that Roger had acted so quickly.

As soon as Roger hung up from the phony police precinct, his granddaughter, Michelle, called him and when Roger asked where she was, she responded, "Work."

Michelle called her mother — Roger's daughter — who raced to the Target in Medford. But when the sales manager checked the computer, the same woman who had sold Roger the cards told his daughter, Cathy Donovan, there was "zero balance" on the cards. In fact, the cards had been converted to four $1,000 cards at a Target in Edgewater, New Jersey — more than 60 miles away from Medford.

Cathy Donovan sprang into action and demanded that Target cancel the new cards.

But Cathy said Target told her it couldn't do that.

Cathy communicated with a Senior Gift Card specialist at Target headquarters in Minnesota, who told Donovan "unfortunately, I don't have good news."

The gift card specialist stated since Roger willingly bought the cards and shared the code numbers with someone, there was nothing Target could do.

Cathy Donovan found the explanation unacceptable, so we repeatedly reached out to Target spokeswoman, Erica Winkels, in Minnesota.

Here is what Winkels had to say -- she never really answered our questions about why the two gift cards could be converted to four gift cards in a different state:

"Target is committed to providing a secure environment for our guests and team members. As a part of that commitment, we take a multi-layered, comprehensive approach to preventing theft and fraud that includes innovative programs and partnerships with local law enforcement, technology and team member training. We are aware of scams like these and have communicated to our store teams in the area. Additionally, we are actively working with law enforcement."